Someone abandoned a mother dog and her nine puppies in a sealed-up box so that they couldn’t escape. The box was dumped at the Puntzi Lake Landfill in British Columbia, Canada, where a Good Samaritan happened to come across and inspect it. And it’s a very good thing they did. 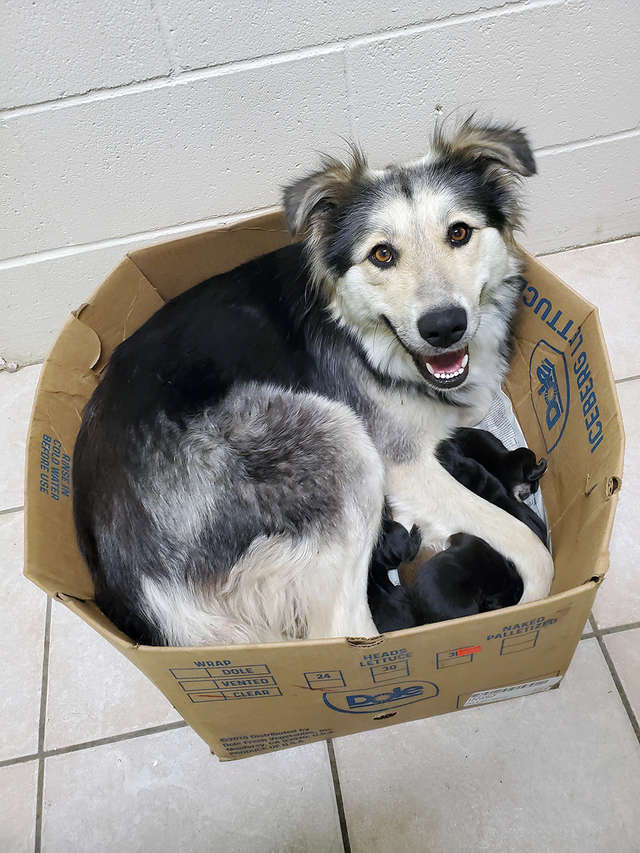 The mama was thin and her pups only about a week old. She struggled to provide for her family because of this neglect. The Good Samaritan took the family to the vet where they stayed for a night before being sent to the British Columbia Society for the Prevention of Cruelty to Animals (BC SPCA). No foster families were available at the time, so the dog family was taken to the BC SPCA’s Quesnel and District branch where the staff did everything they could to comfort and care for the dogs. 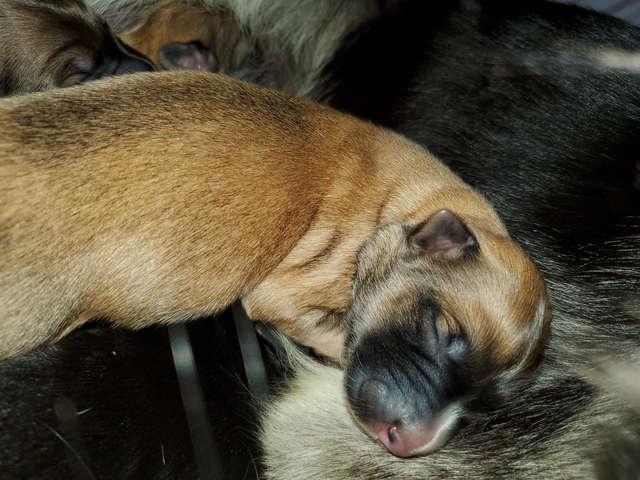 They named the mother Casey, and she’s done everything possible to care for her young ones since arriving at the shelter. As she gets healthier and healthier, she’s able to better provide for them. Casey’s a little hesitant and nervous around the other shelter animals, but she’s very sweet once she warms up to someone. She’s just been through so much in life. 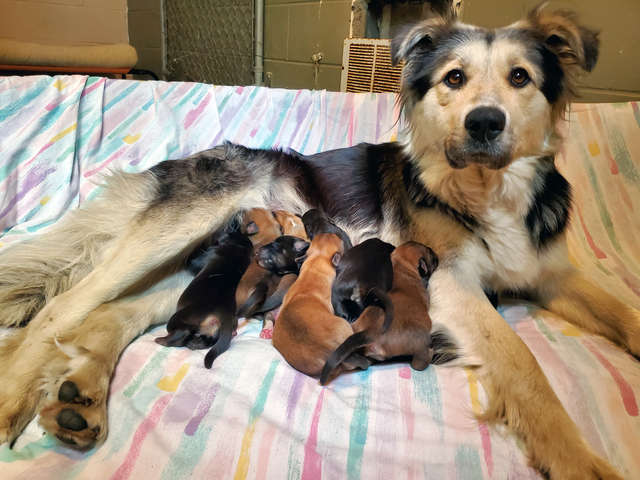 Casey and her pups won’t be put up for adoption until the puppies are at least 7 weeks old. Until then, the BC SPCA is trying to figure out who could’ve abandoned this dog family in such a cruel way.

“There is help available for pet guardians who are struggling to care for their animals,” said Lorie Chortyk, the BC SPCA’s general manager of communications. “They can reach out to a local rescue or the SPCA instead of abandoning them.”