Oscar was found living his very own version of hell on Earth, spending his days in an abandoned house before he could run off at night to find food and water. He was ignored by everyone until the day a rescuer spotted him.

The dog was so weak, he couldn’t run away. He was taken to a vet for a checkup where they listed a number of problems. But they gave him their full attention…

And the hard work paid off! Just look at the difference. 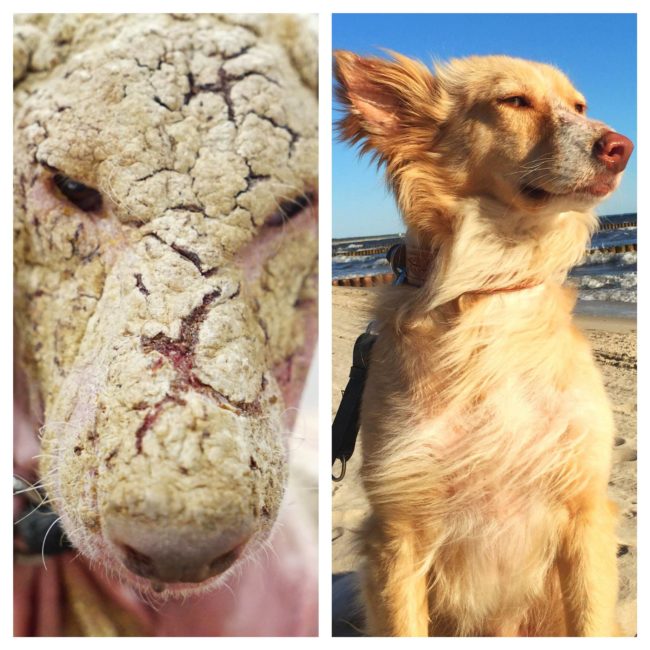 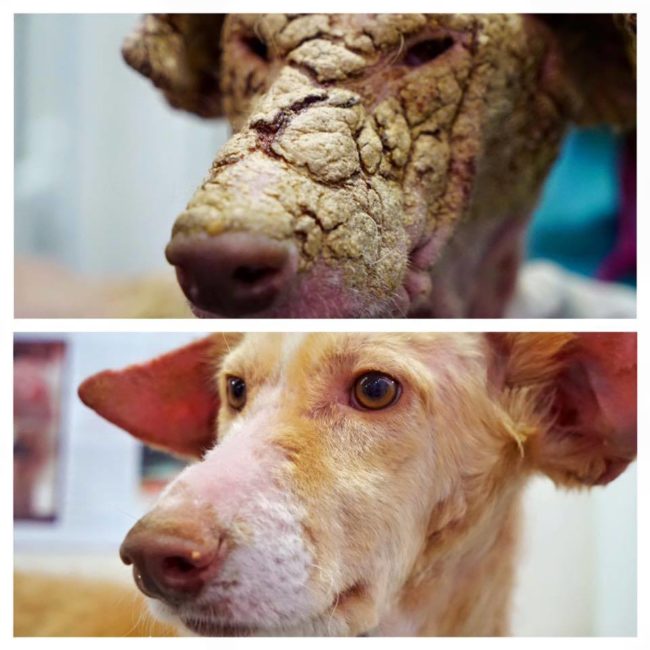 He never gave up, nor did the people who cared for him. 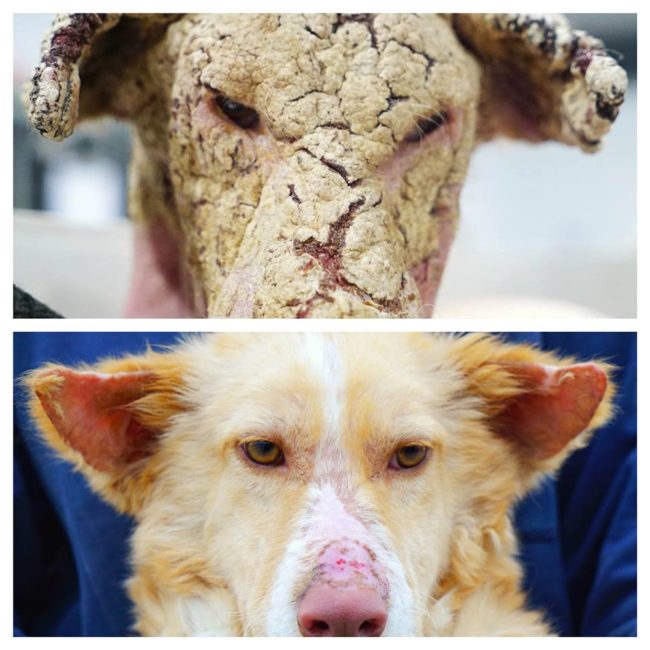