A woman driving by in her car noticed an injured dog lying in the street. She pulled over and put stones around him to help protect him from other vehicles and then called the Animal Aid helpline. The Animal Aid staff then responded to tend to this stray who needed help in the worst way. 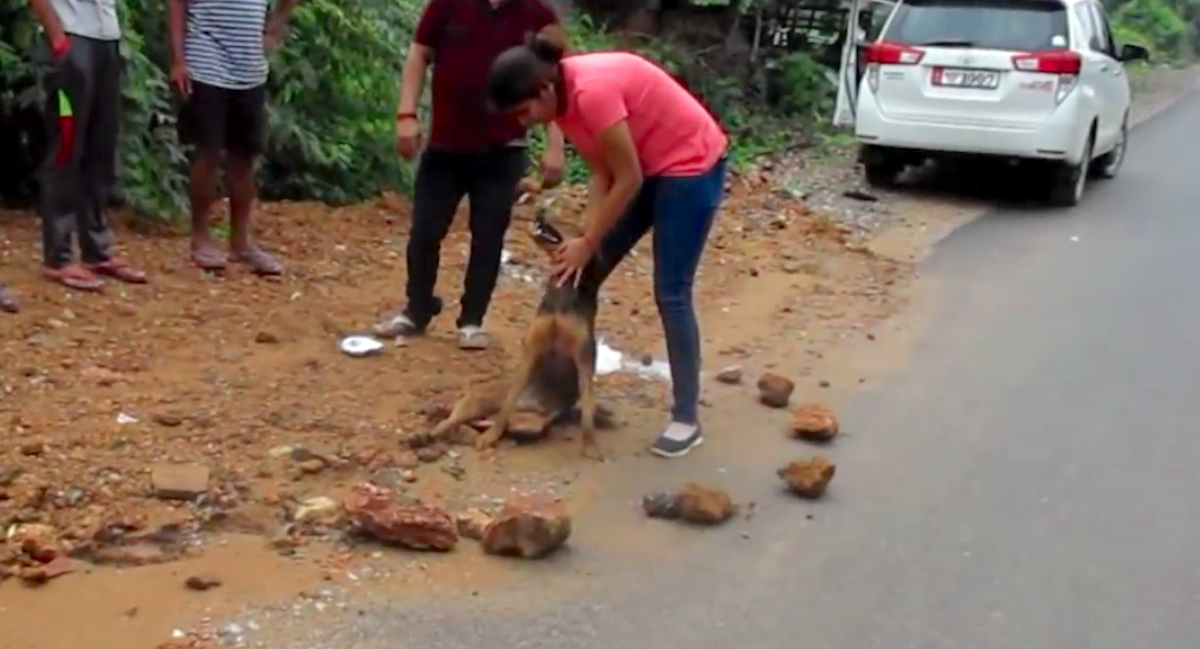 The dog had suffered a severe spinal injury and was in so much pain he was hyperventilating and shivering. Rescuers picked him up carefully and transported him back to the Animal Aid hospital where he could be treated for pain. 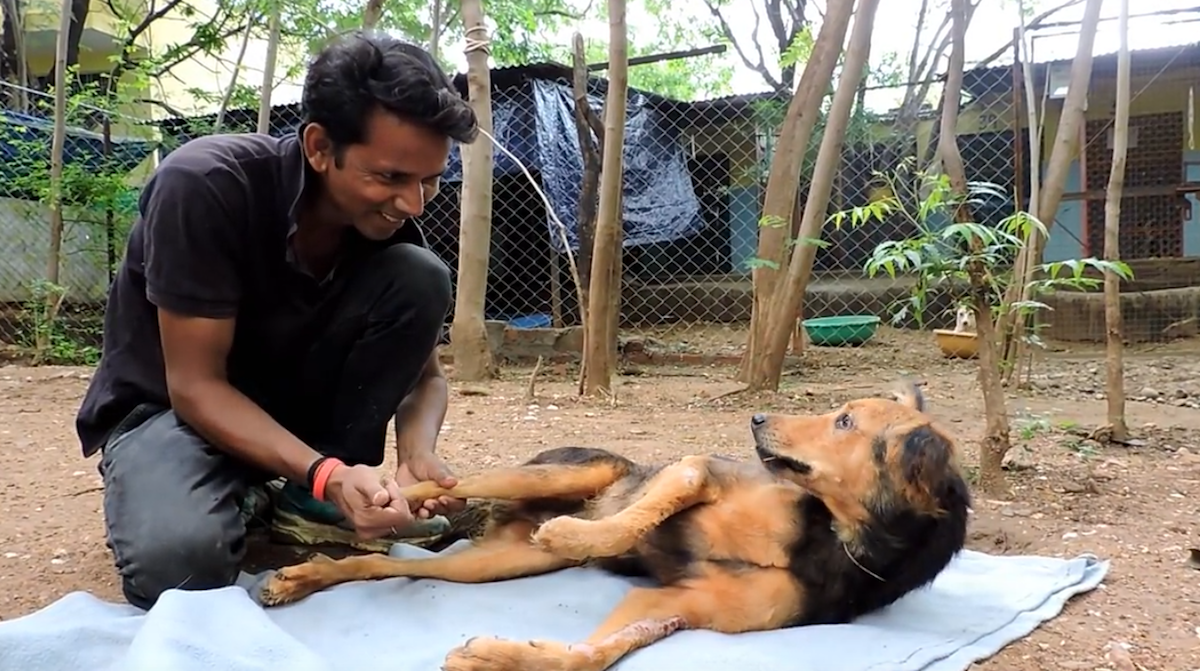 The pup had sensation in his legs but was unable to stand. But the dog was very trusting and such a fighter! It would take six weeks of rest and physical therapy, but the good boy would pull through. Without urgent rescue and care, Pintu would have never survived. Now look at him today… 🙂