Payden Trujillo was driving down a road two years ago in Utah when an animal ran out in front of her. She managed not to hit it and got out of her car to investigate. And it’s a good thing that she did. It was a young, scared dog. 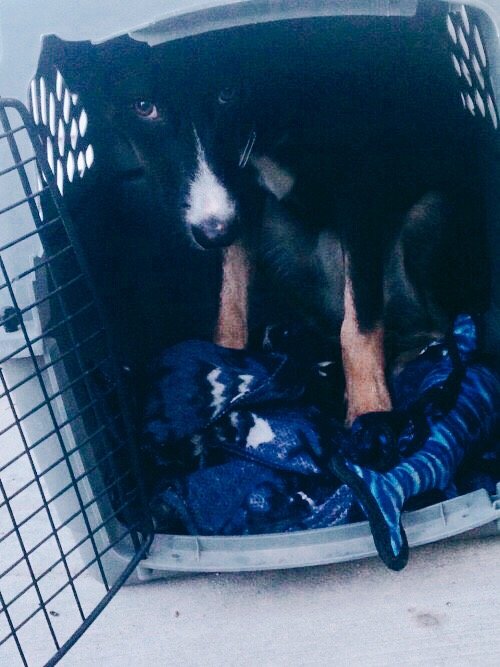 Payden was able to lure the pup into her car with a snack. She drove over to her dad’s house where she hoped to be able to contact the owners, but then she took a look at the dog’s tags. 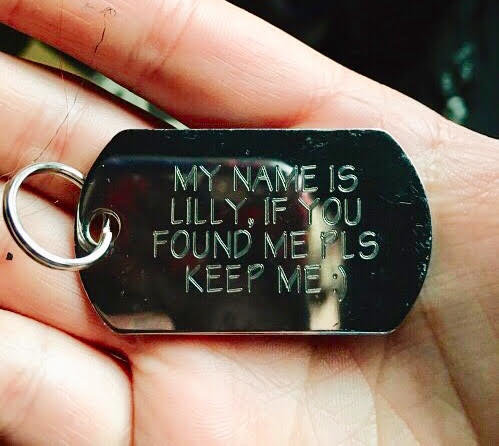 No name, address, or phone number. Engraved on the tags was the saddest message: “My name is Lilly, if you found me please keep me. My family can’t and I need love.” 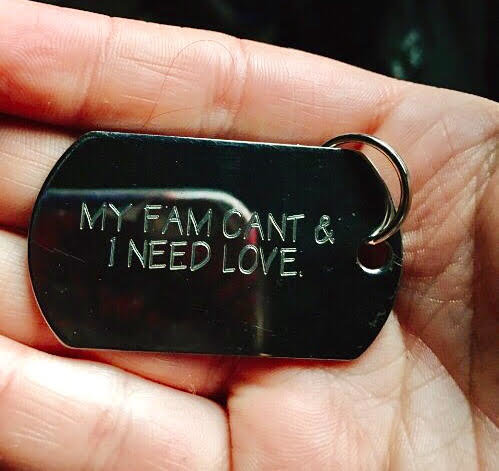 It was then obvious that no one was looking for the poor dog. Despite numerous no-kill shelters in the area, someone decided to abandon her with just a message. 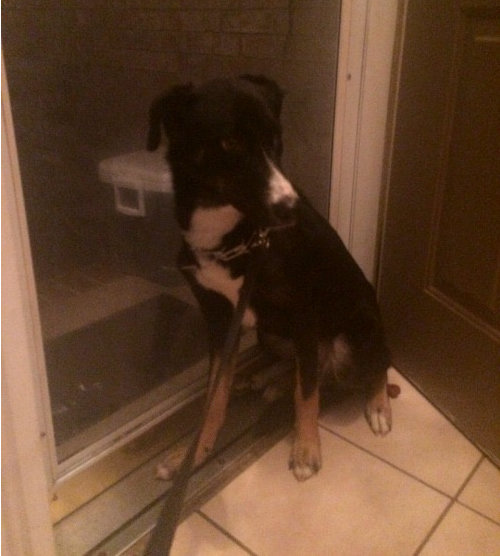 Mercedes Trujillo, Payden’s sister, decided to take Lilly in. The skinny dog had frostbite on her paws and was completely terrified, but they knew a little bit of love and care would go a long way in helping her out. 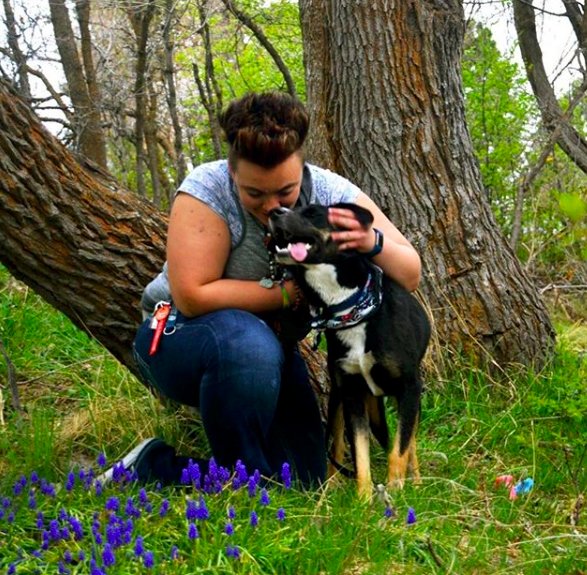 Lilly was clearly doing better after a few weeks, but she was still so afraid of being abandoned again that she would tear things up around the house when left alone. Mercedes was staying with friends and family, and they decided they couldn’t have Lilly stay there anymore. 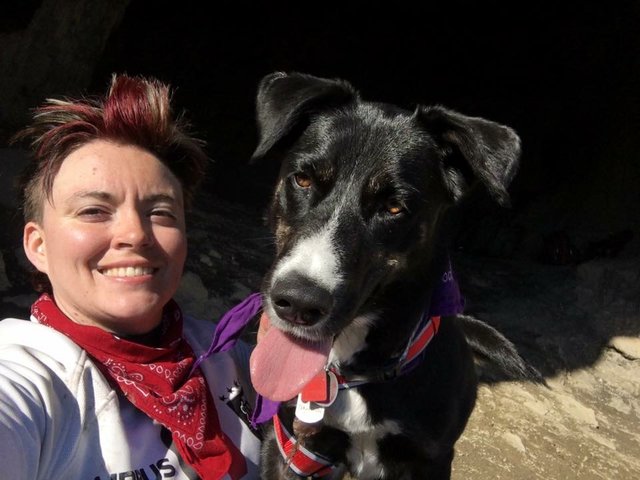 After lots of bouncing around between friends hoping for a place to stay with no luck, Mercedes moved into her university’s campus. They gave her special permission to allow Lilly to live there, and they both settled in nicely. With a little time, Lilly was no longer afraid to be left home alone. 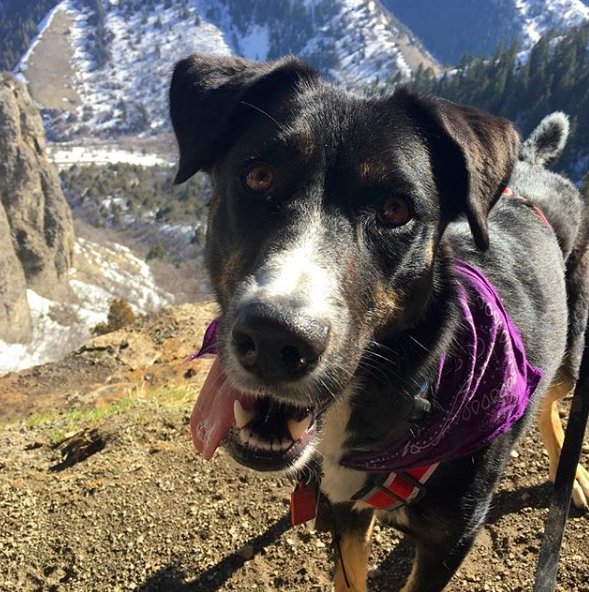 But Lilly was very afraid of men. So Mercedes got the idea to ask her professor for permission to bring the dog to class to be around them more. 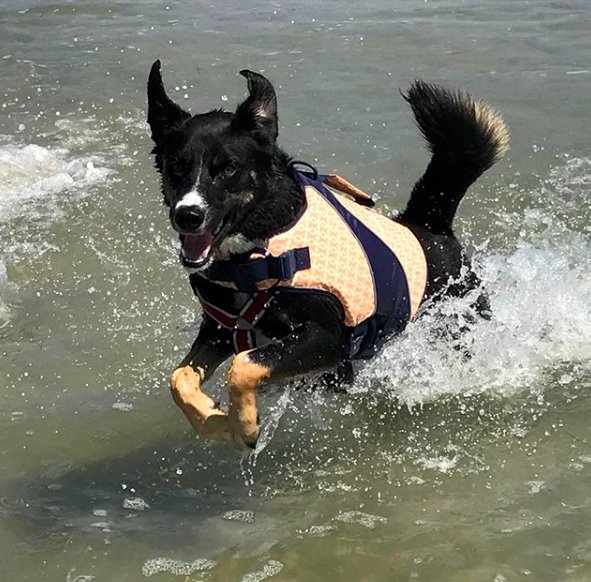 As a mechanical engineering student, Mercedes was in a field dominated by men, so Lilly would be able to interact with plenty of guys in the class on her own terms.

Two years later, Lilly is a totally different dog. Lilly and her mom love going on outdoor adventures together! From mountain climbing to playing on the beach, there’s lots to do since recently moving to California. 🙂 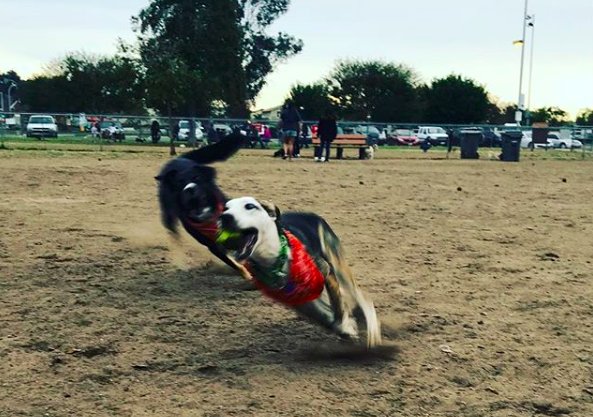 And now, Lilly has a new little sister: a one-year-old Greyhound mix named Ayla who was adopted from The Barking Lot Rescue. 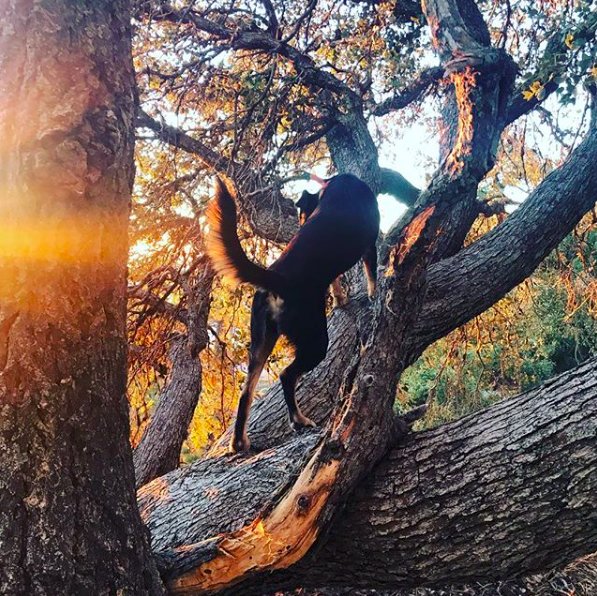 Lilly isn’t fearful of much anymore and has a beautiful life to share with her mom and Ayla. It’s such a remarkable transformation from where she was just two years ago. It’s safe to say everything worked out for the best! 🙂