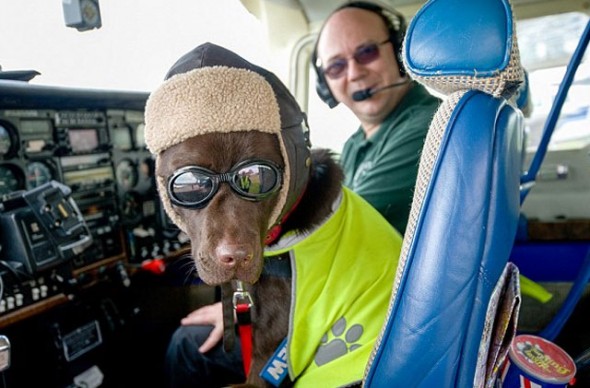 Graham Mountford is Callie’s owner, and for the past three years he has been taking his pet on flights across England. Mountford has been a private pilot for AOPA for the past 13 years and the “certified” flying dog took his first airplane ride when he was only three months old.

“Everything has gone well on the flights. We first did a short flight and [Callie] seemed happy” said Mountford. After taking that initial voyage, the canine co-pilot has flown with his owners on weekend trips. 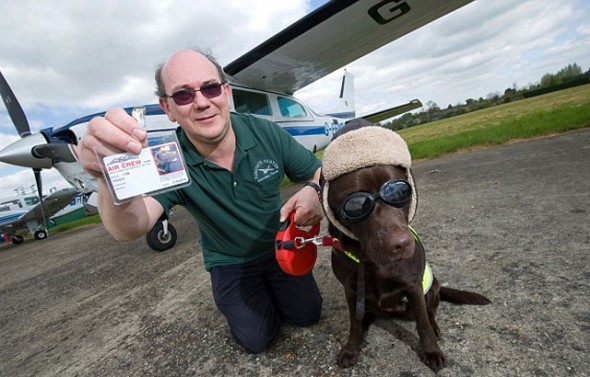 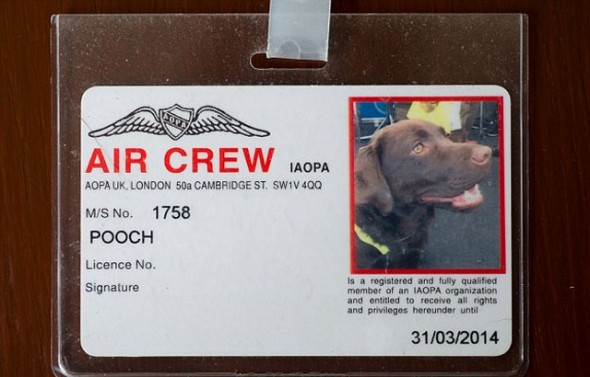 The honorary license was granted when Mountford participated in an AOPA event and talked about how many hours his dog had flown. Soon after, OAPA officials printed Callie his own flying license. 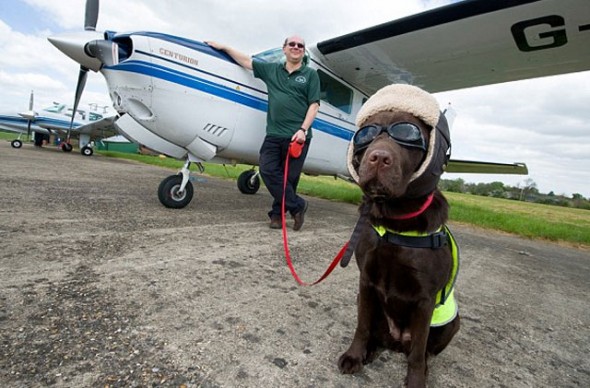