Hercules couldn’t use his back legs, so his first family gave up on him. But thankfully, his fighting spirit was noticed by some others. And the little pup wanted to do everything possible to prove that they were right by not giving up on him. 🙂 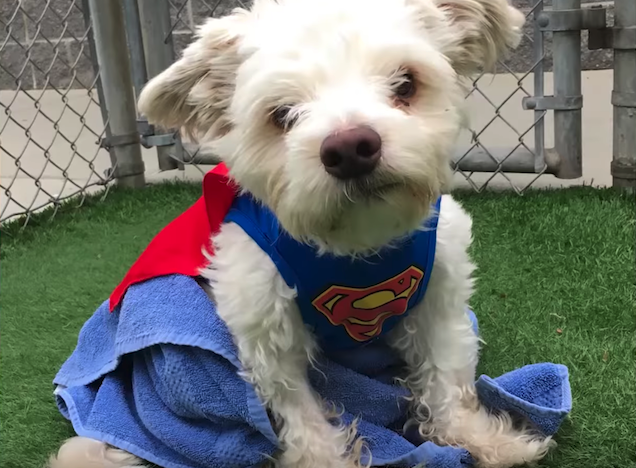 It took a lot of work and therapy sessions, but it all paid off in the end. Now Hercules runs around like a champ! He never got down on himself and just kept pushing through. He now has a doggy brother and parents who would never even think of abandoning him! If only his old owners could see him now. 😉