Fritz the dog’s reaction after a trip to the dentist is proving that dogs are just like a lot of people when it comes to getting their teeth cleaned. Fritz’s mom Bret Mortimer took the 2-year-old lab mix to the doggie dentist but when she picked him up after a day-long visit, Fritz wasn’t in a good mood. In fact, he let her know exactly how he felt by giving her some serious side eye in the car.

Mortimer filmed the moment and the video has since gone viral, getting over 2 million views in a few days.

“Fritz was mad I took him to get his teeth cleaned and would not look at me afterward. The coldest shoulder,” she said of Fritz’s reaction.

Maybe it’s because Fritz thought he was going to the dog park, not the vet. After all his mom takes him to the park almost every day. And just look at those soft eyes on the way to the vet (mom was nervous). 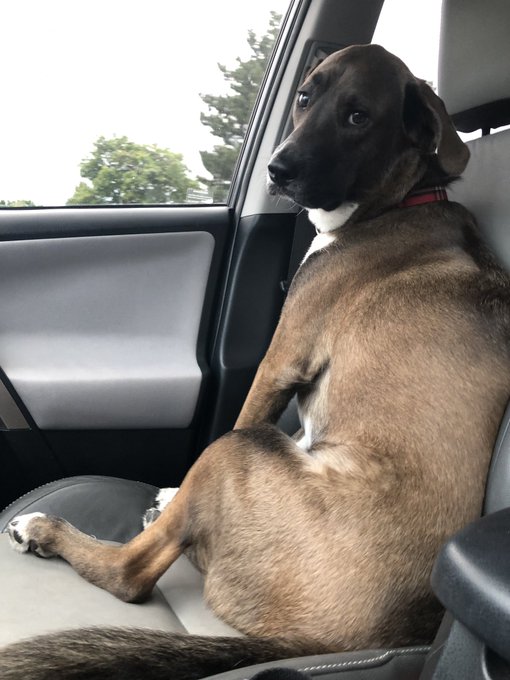 Mortimer said of her dog, “he’s a human trapped in a dog’s body, I swear.”

Mortimer’s heart is in the right place though; she did it out of love and to keep him healthy.