Dogs are always happy to have a plate of food set down before them (unless it’s a plate full of raw celery and broccoli).  But the expression on this dog’s face takes the cake – quite literally, as it was set down before her in celebration of her fifth birthday. 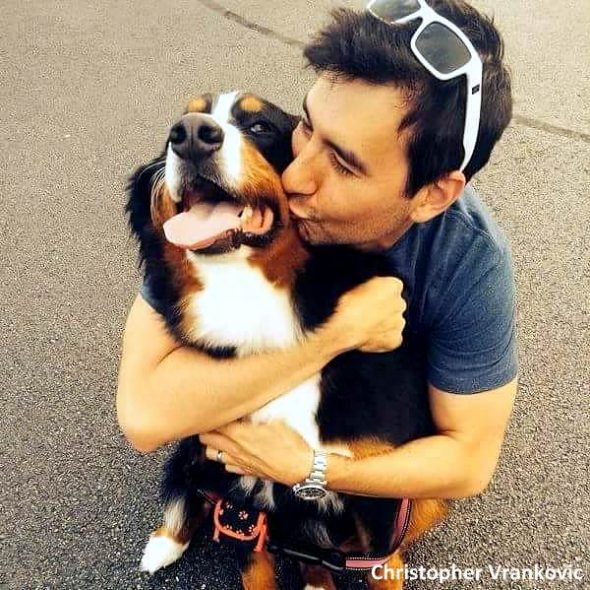 Christopher Vrankovic said that he and his wife, Jackie, usually celebrate Lucy’s March 13th birthday with a cupcake or a special dog biscuit, but this year they splurged and ordered a peanut butter cake from The Barkery in Tewksbury, Massachusetts. 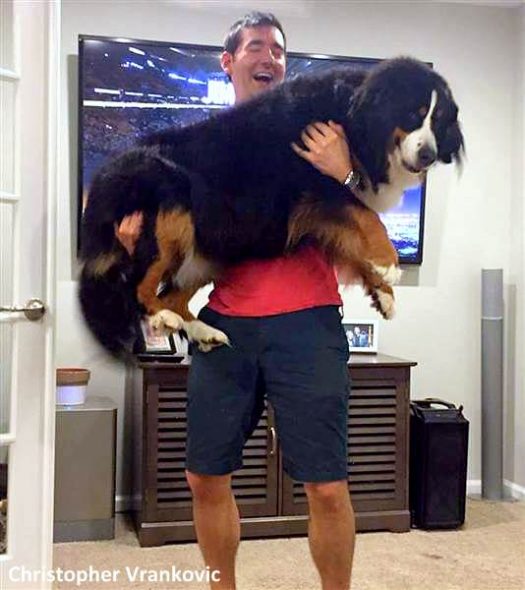 “To me it seemed like a very frivolous thing to buy, a custom cake for a dog,” he told Today. “Who knew that kind of thing existed?”

You see, Vrankovic wasn’t really a dog person until he met his wife, who introduced him to her six-month-old Bernese Mountain Dog.  Lucy’s sweet, silly personality won him over, and now he’s officially a convert…. so much so that he even has a shirt with her likeness on it. 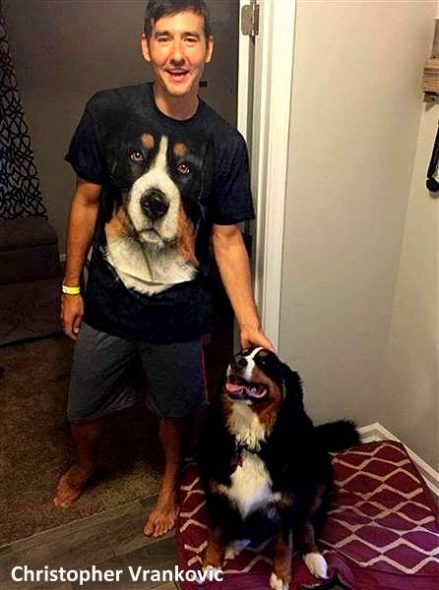 “Now I can’t imagine my life without her,” he said.  (Hopefully he feels the same about his wife!)

So this year Vrankovic gave Lucy a big hug as she was presented with her cake, which made for a once-in-a-lifetime photo. 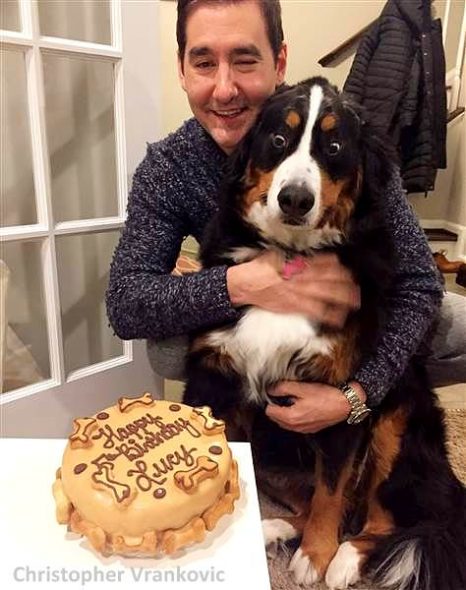 “I thought ordering my dog a birthday cake would be a waste of money,” he explained in imgur.  “Her reaction was worth every penny.”

Vrankovic also had no idea that the photo would go viral.  He said that next year he might “wear a nicer sweater” on the odd chance that her sixth birthday photo is a smash, too.