Deputy Soto and Sergeant Rose of the Lee County Sheriff’s Office in Florida were just finishing up after responding to a call and heading back to the patrol car when they saw something standing against the driver-side door. It was a dog who seemed to be lost.

The pup was friendly and so happy to see the officers. The dog was wearing a collar and seemed as if he were asking for help because he was lost. 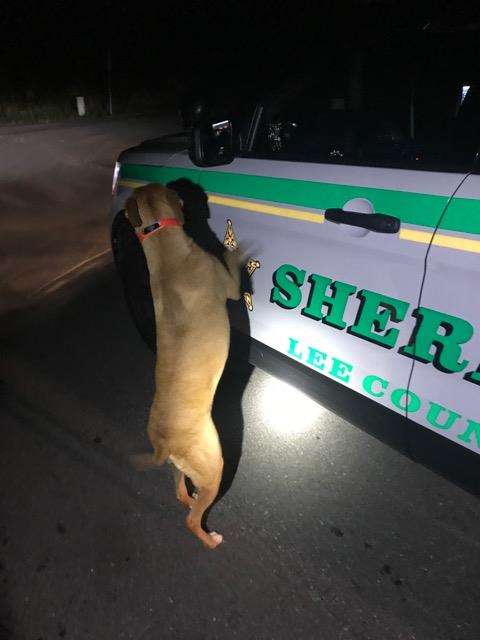 The cops figured the dog might be hungry, so Deputy Solo gave Hank (the dog’s name according to his collar) the rest of his dinner. When he opened the door of the police car, the dog jumped right in!

The dog was so thankful for the food and kindness. There was an address on Hank’s collar, so the officers proceeded to drive the pup home and reunite him with his family. 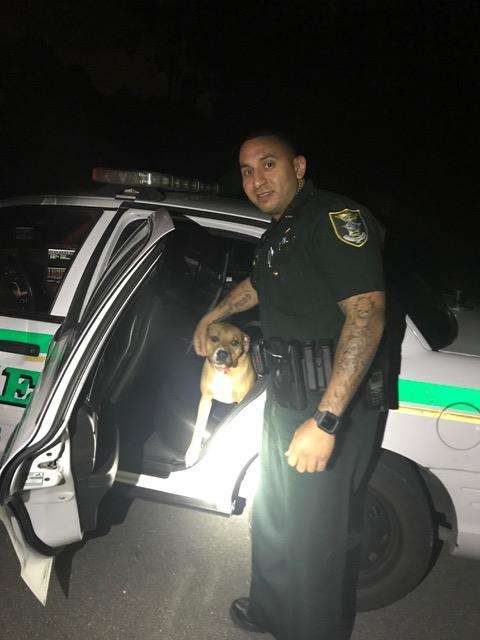 It turns out Hank hadn’t been gone for long, and his owners didn’t even realize he’d gotten out. But this good dog was smart enough to somehow know to ask cops for help in finding his family. Amazing! 🙂