A couple was driving late one night near Oviedo, Florida, when they noticed an abandoned dog on the side of the road. His fur was severely matted, he was barely responsive, and had clearly been neglected for most of the 4 years he had been alive. Unable to keep him overnight, the couple put out a desperate plea on social media – a plea which was answered by groomer Kari Falla.

“When a dog is matted that badly, it can cause its blood flow to stop as well as bruising to the dog,” Falla told Inside Edition. The poor pup needed urgent care, so Falla rushed to her salon, BGE Grooming, and opened for business at midnight to take him in. “I knew it was bad, but nothing prepared me for what I saw. It smelled like death and the dog could not walk.” Working tirelessly until 3 in the morning, Falla managed to fully shave and bathe him, and then took him to the vet as soon as she could.

Lucky, as the dog is now named, was found to be deaf and blind, but is recovering successfully in a foster home. To follow Lucky’s progress, and to be the first to know when he’s ready for a forever home, follow BGE Grooming on Facebook using the link below.
This stray dog was found on the side of a road in Oviedo, Florida, so matted and exhuasted that he couldn’t walk 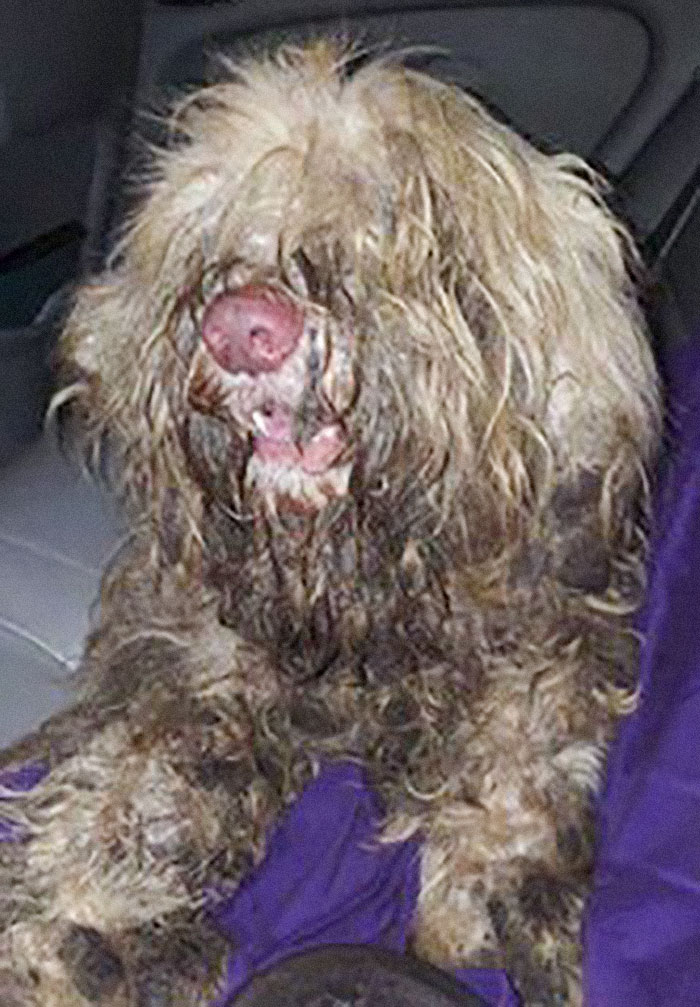 Kari Falla of BGE Grooming immediately came to help, opening her salon at midnight to take Lucky in 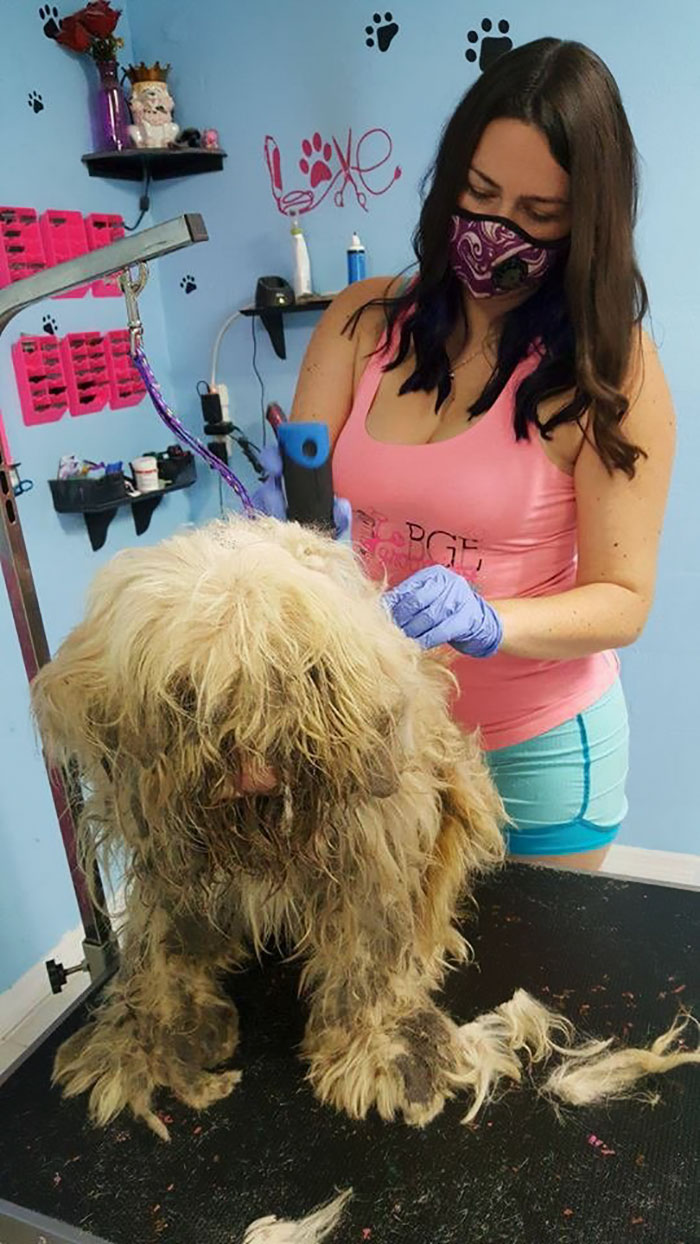 “I knew it was bad, but nothing prepared me for what I saw…” Falla later commented. “It made me cry” 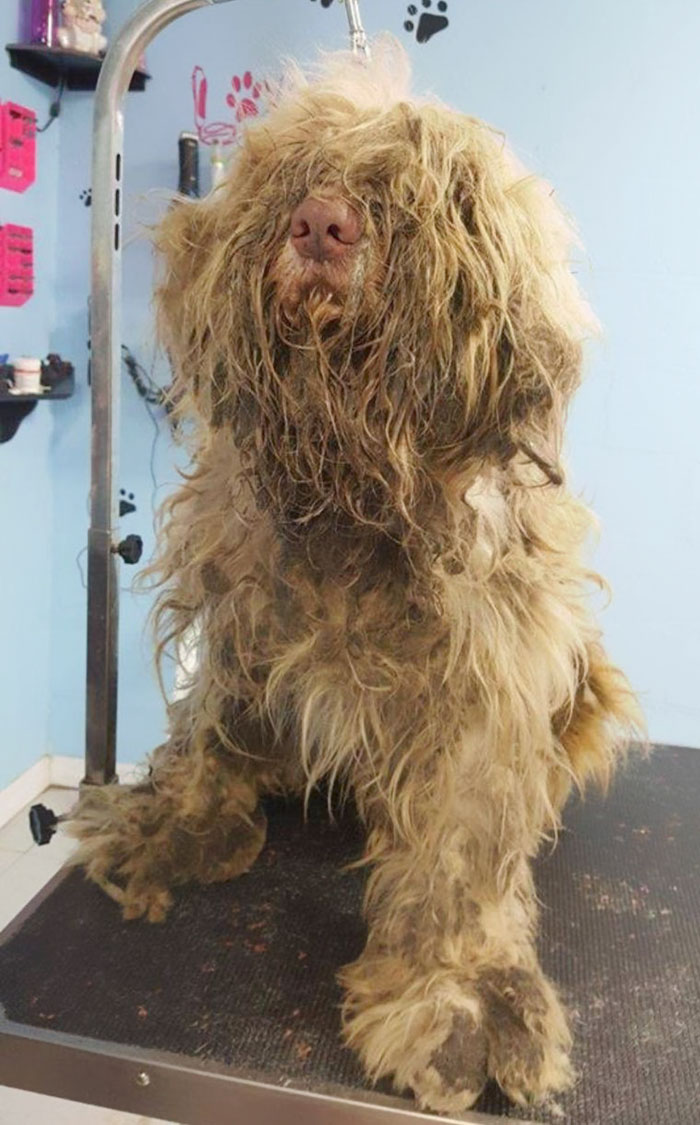 Falla performed an ’emergency grooming,’ working tirelessly until 3AM to relieve Lucky of his suffering 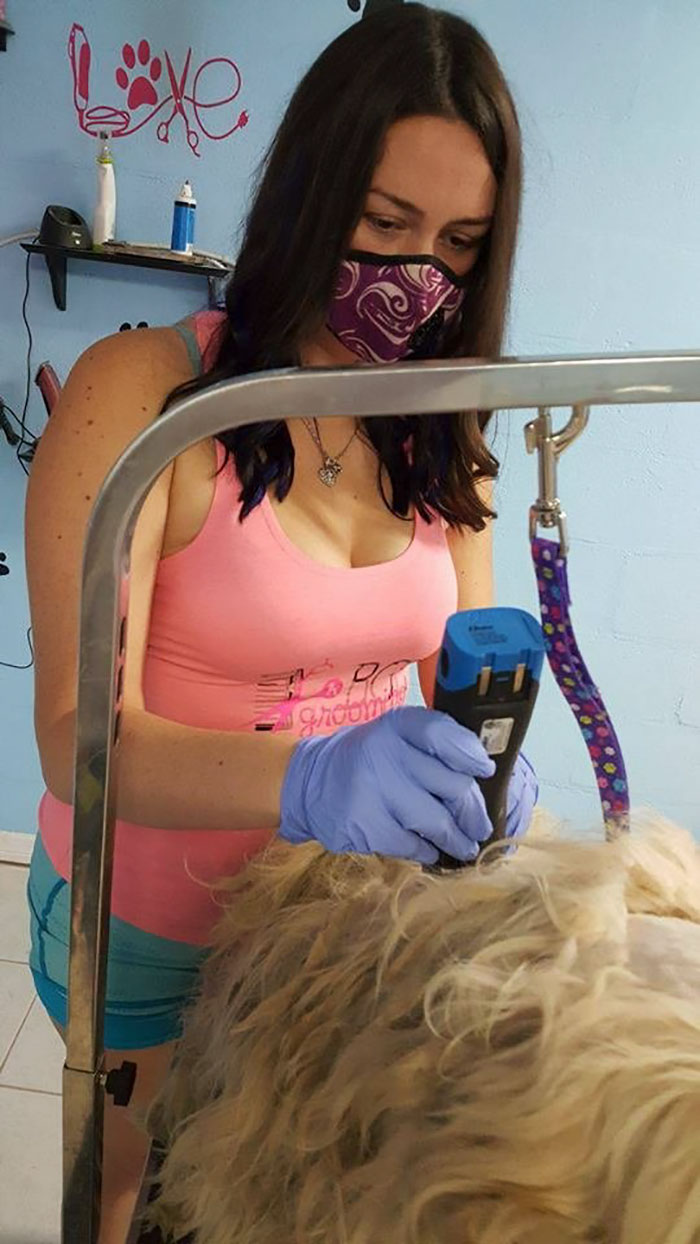 And something amazing happened 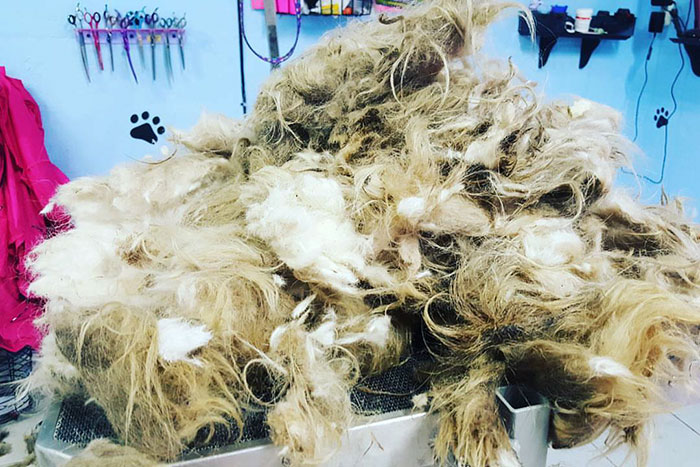 There was a whole new dog underneath the matted mess 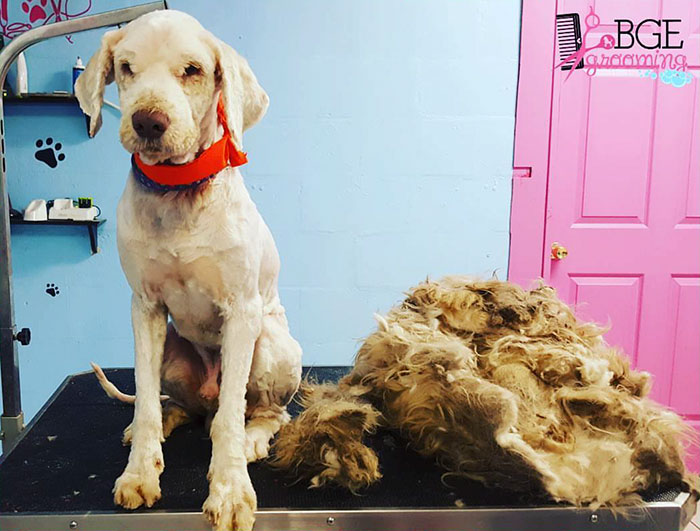 After his makeover, Lucky was given what may have been the very first bath of his life 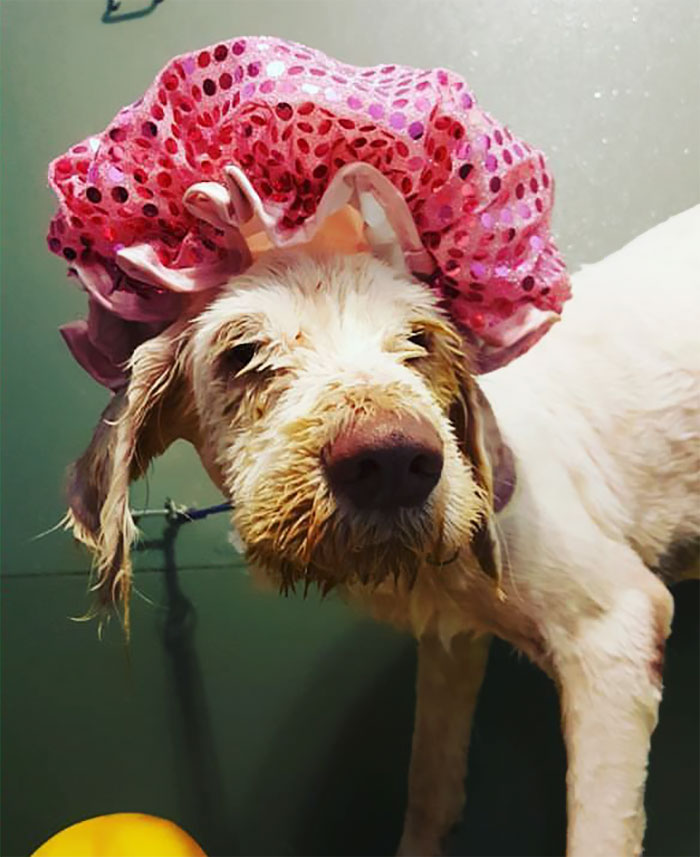 He was then taken to the vet, where he was neutered, and found to be both deaf and blind 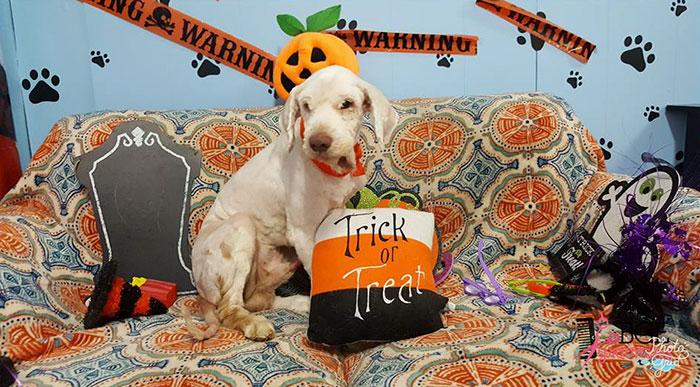 Despite his ordeal, Lucky is making a stunning recovery in a loving foster home

Soon, he’ll be ready to find his forever home 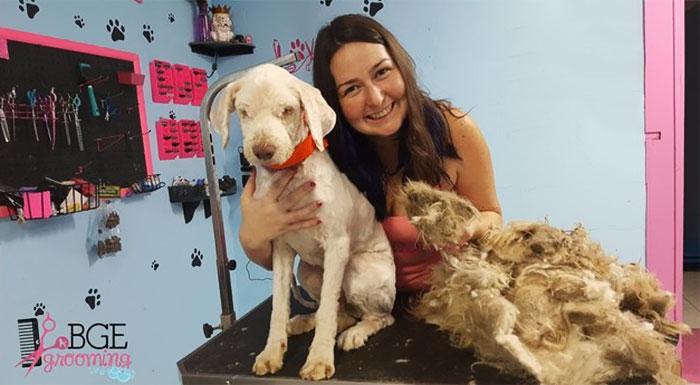 “Once we shaved him, he was wagging his tail and was so happy. I knew I did the right thing” 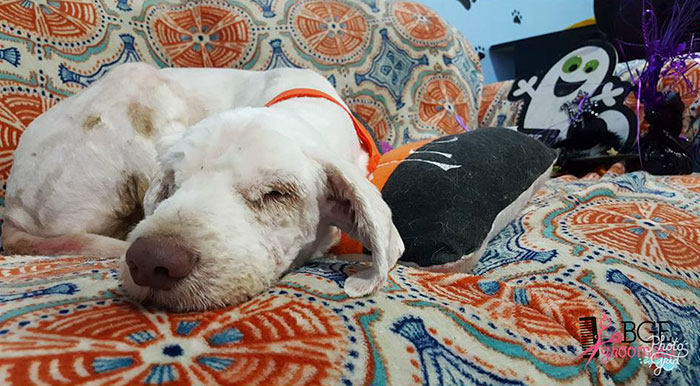