We sometimes hear about dogs that do amazing things but even the fact that a mother dog is willing to care for her puppies is amazing beyond belief. At times, we may even see this in action and that is what happened in Serbia. The Dog Rescue Shelter Mladenovac arrived on the scene to find a dog and puppies in a small cardboard box under a car. 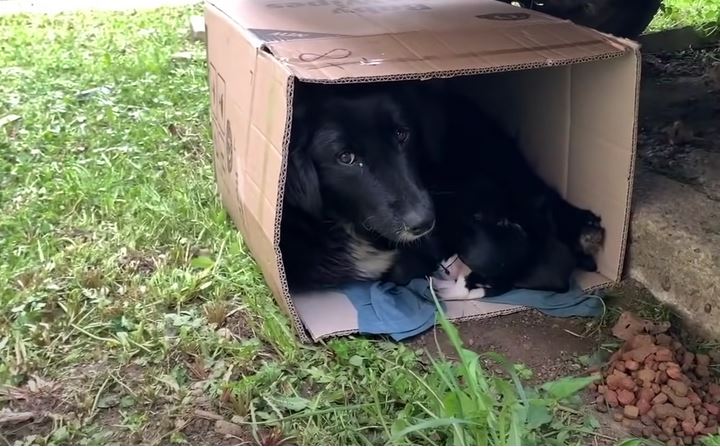 After the pooch went to a local shop to get some help, the shopkeepers put a box outside to care for the dog. It had been raining and they wanted to make sure that she was dry. She then stayed in the box until rescuers were able to come and coax her out of it. 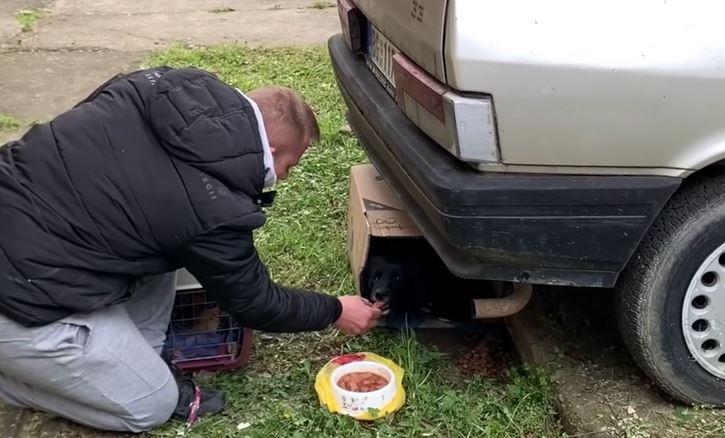 The dog didn’t come out quickly, they had to coax her out by speaking to her softly and earning her trust. The mother was certainly timid and she was also very protective of her puppies. When they offered her food, she let her guard down for just a moment but quickly put it back up again when they tried to put her on a leash. 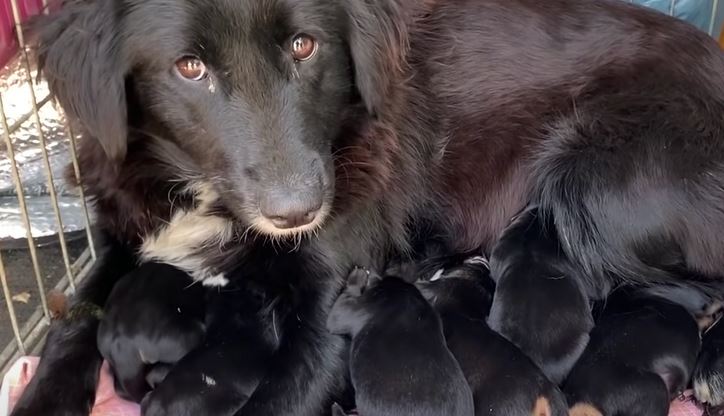 In the end, they were able to save this dog and her puppies as well. She put all of her mothering instincts to work and it was a beautiful thing to see. Now, they are all at the shelter, safe and sound.