“Stray Rescue of St Louis” was notified about a homeless dog who got hit by a car while running across busy streets. The rescuers arrived at the scene and found the dog limping and dragging her broken foot. But when the dog showed resistance to the rescuers, they realized that the poor dog was a nursing mama! 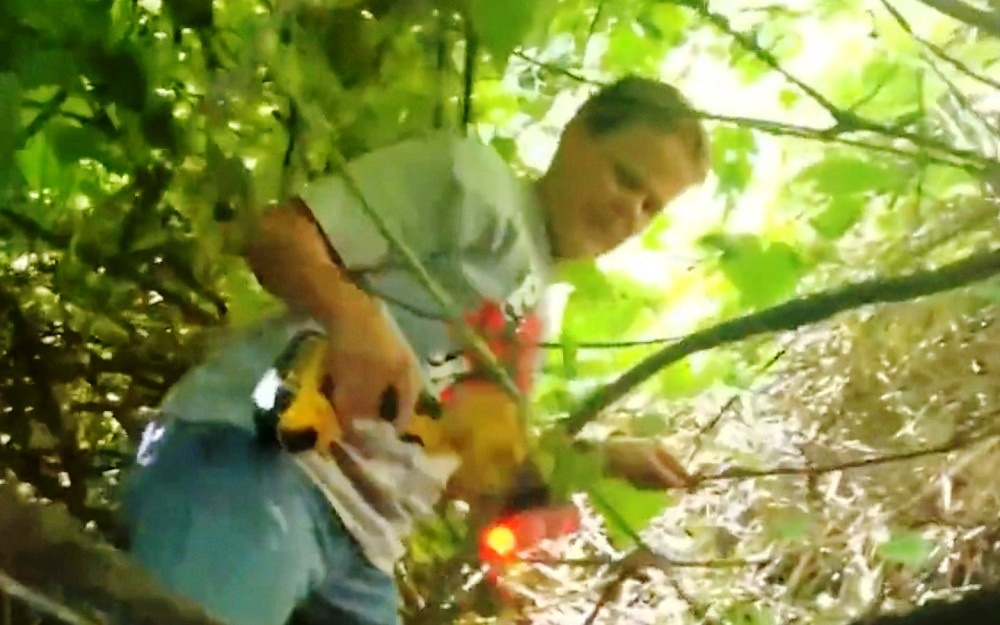 One of the rescuers decided to follow the mama dog to see if her puppies could be rescued. The dog led the rescuer into a thick patch of woods, and the rescuer got confused when the dog stopped at a fallen tree. The rescuer stooped down and pushed her head inside the undergrowth. Then she saw the terrified puppies that mama dog had hidden beneath the tree! 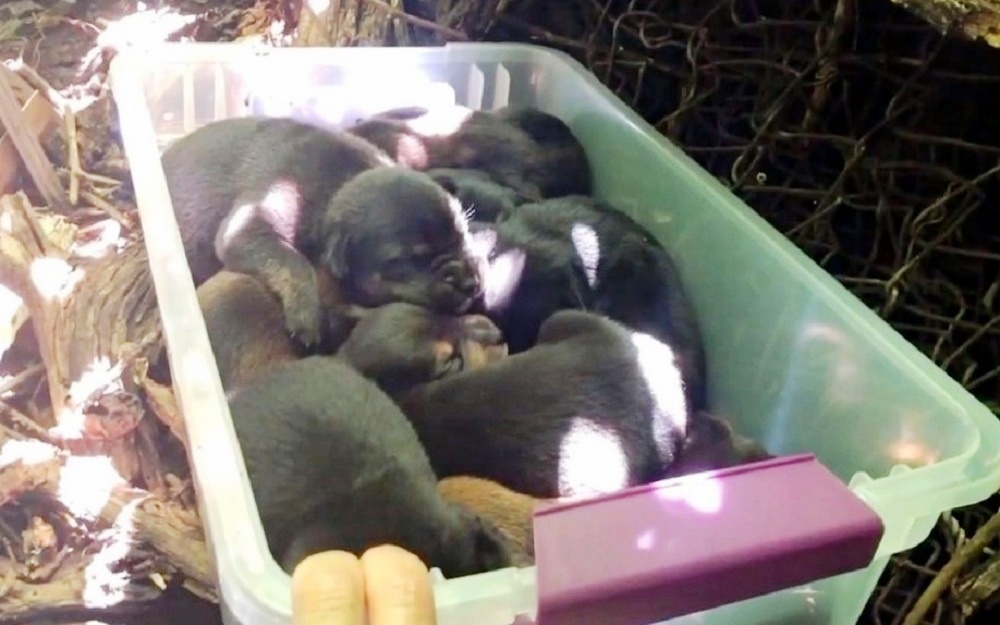 As the rescuer began collecting the puppies in a basket, she realized that the dog had given birth to a whopping litter of 13 puppies! At the shelter, the puppies were found to be in good health. But the mama dog was heavily malnourished. Despite her grim situation, the poor mama did her best to protect her puppies. 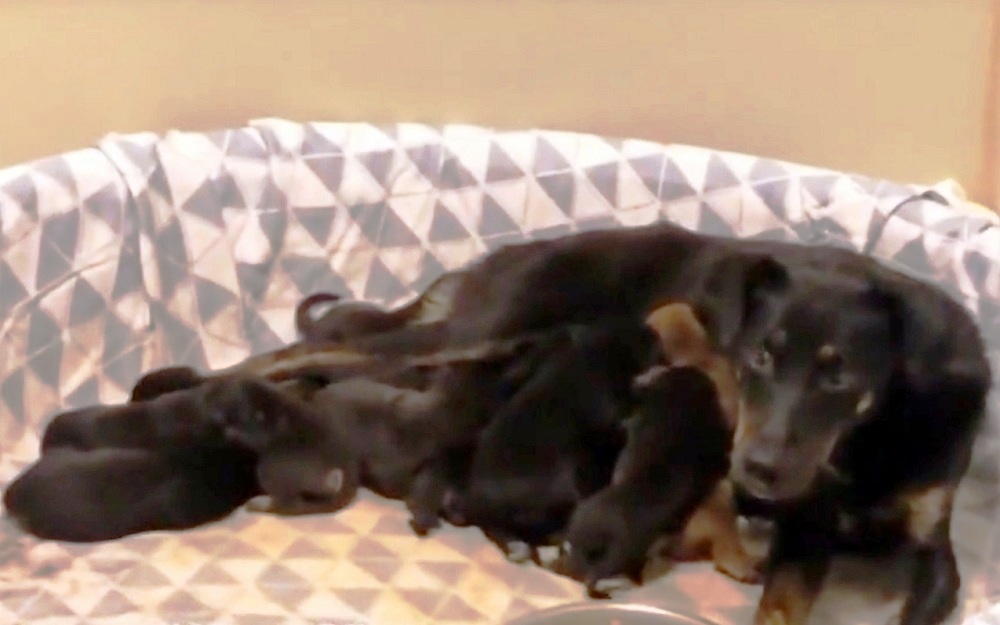 The mama dog is currently recovering from her broken foot and nursing her adorable puppies. It will take a while before this sweet family is ready for adoption. We are so glad these puppies won’t be growing up on the tough streets, and hope they all find good homes!

Click the video below to watch how the injured mama dog led the rescuer to her precious puppies!