It’s really hard for some of us to stick to a diet this time of year. You may have overdone it at Thanksgiving (and are already making excuses to do it again at Christmas), but you can feel better knowing that you didn’t go so far as this dog did.

Reddit user Sunstoned1 caught his Great Pyrenees dog, Jack, red-pawed after having eaten a day’s worth of food in one sitting. Jack managed to open the storage bin, help himself to the food inside, and then settled down for a nice nap – while still in the bin. 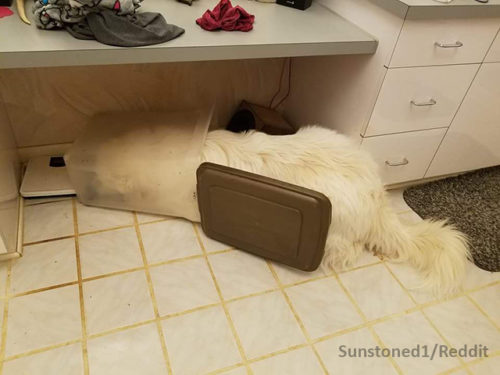 The photo of Jack enjoying his food coma has gone viral. Jack joined the family at 7 weeks old and 18 pounds of floof, but has grown to an impressive 101 pounds in just 10 months! 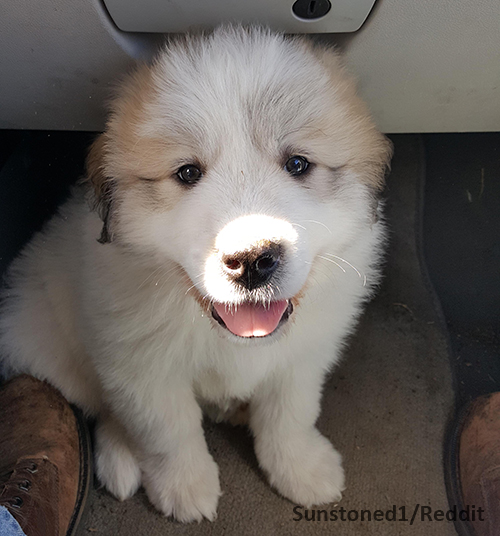 Great Pyrenees are generally big dogs, but some of Jack’s size may be due to his unusual eating habits. Judging by new photos shared to Reddit by Sunstoned1, this isn’t the first time he’s eaten something he wasn’t meant to: even his daughter’s homework has fallen prey to Jack’s appetite. 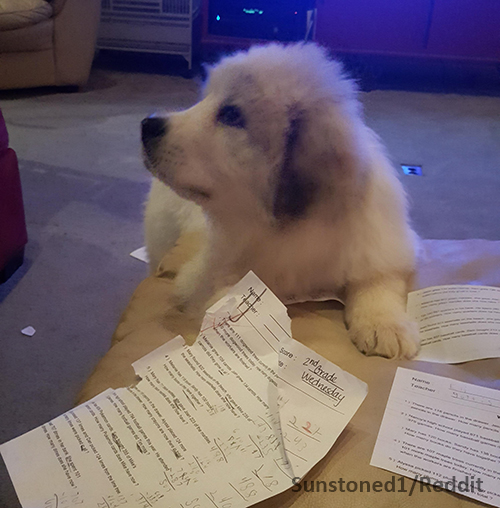 …as has this copy of Car & Driver Magazine. 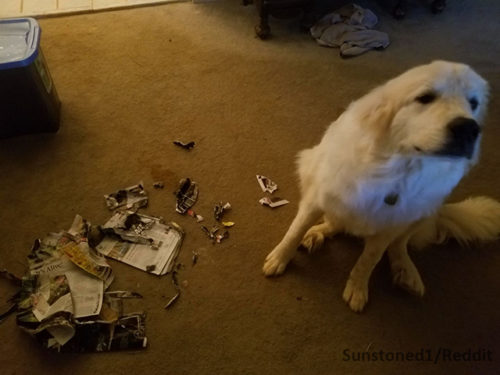 …and a bed that was handmade for him. (He let it age 3 days first.) 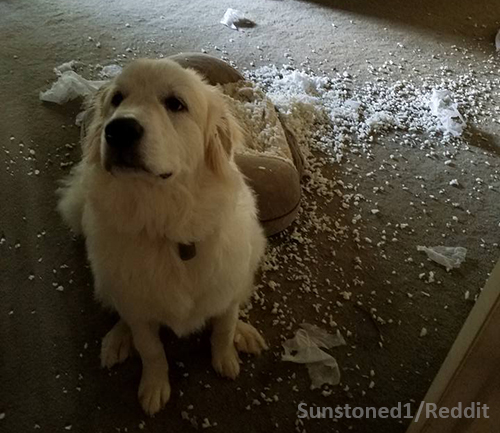 …as well as Jack’s own rear end. 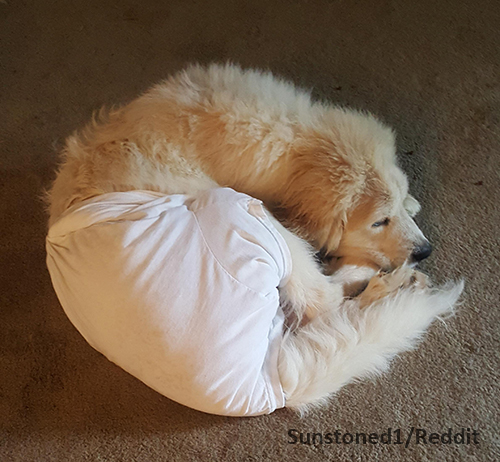 Because of the interest in Jack’s silly behavior, Sunstoned1 has created a subreddit just for Jack! Follow at Reddit to see more photos (including a few adorable puppy pics!)