In the late hours of November 2, Fenland Animal Rescue in Cambridgeshire, England received a call from the local police. A homeowner had discovered a Chihuahua/Terrier mix in active labor abandoned on their doorstep.

The dog and the single puppy she had birthed were exposed to the near-freezing elements in an uncovered wire crate. The mama dog was crying out in agony and distress. 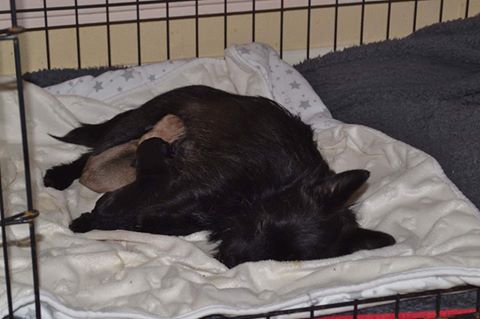 “She was in all this pain and discomfort, howling at the top of her lungs when we found her after we were called by police,” he told BBC News. “It was 1C (34F) outside when we turned up, and she was in a wire crate. We see abandoned animals and strays on a weekly basis, but it’s the first time we’ve seen an animal dumped when they’re in so much need.” 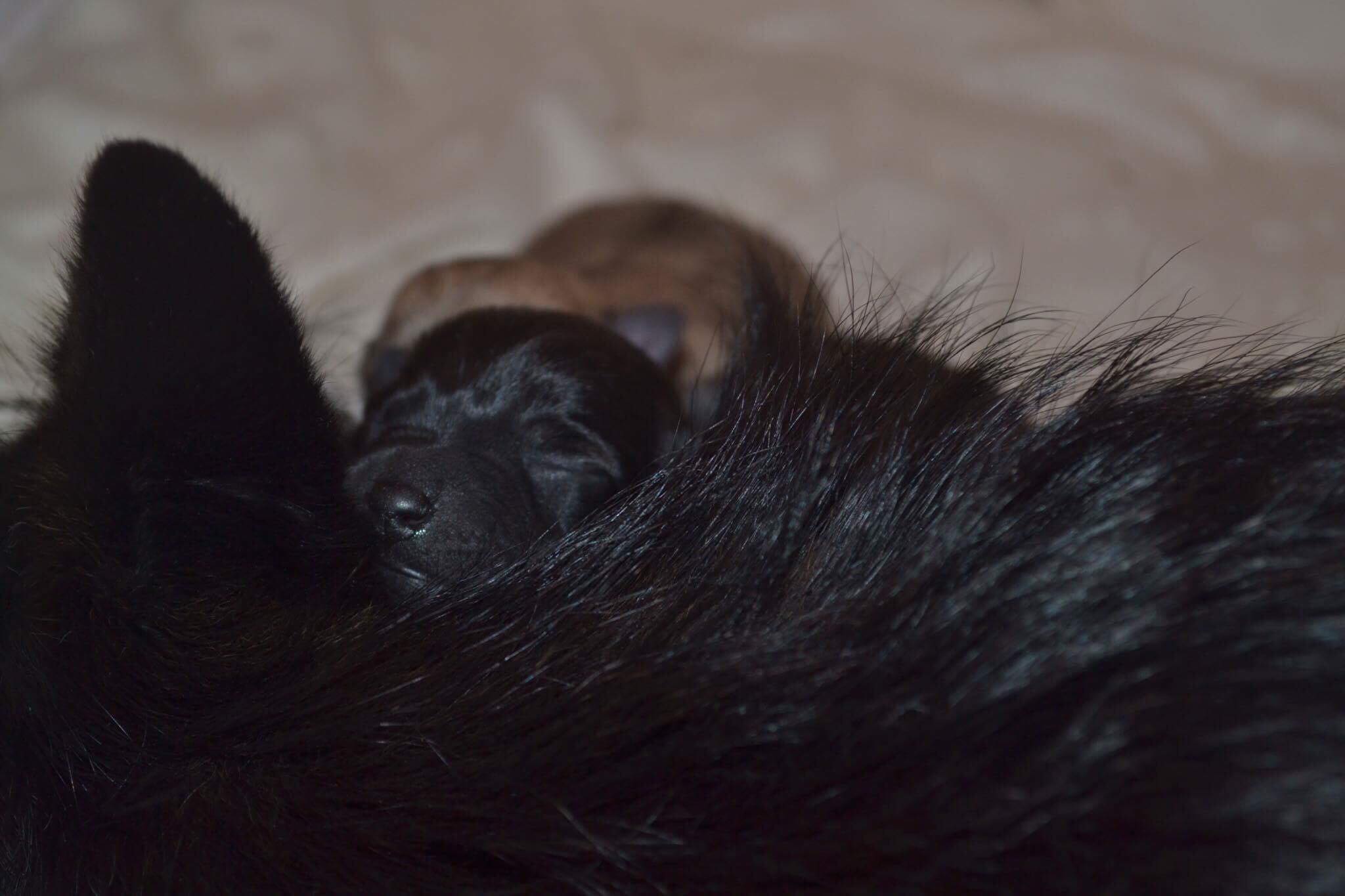 Sadly, by the time Flanagan and his team arrived, the tiny puppy had passed away, and the mama dog they named Bella was in desperate need of veterinary care.

The rescuers rushed the exhausted pooch to Cromwell’s Veterinary Hospital in Huntingdon where X-rays determined that she had two puppies still inside her – one trapped in the birth canal and the other still in the womb.

It was quickly determined that an emergency Caesarian section was the best chance to save all three lives. Thanks to the combined efforts of the rescuers and veterinarians, Bella and her remaining two pups survived and are alive and well today. 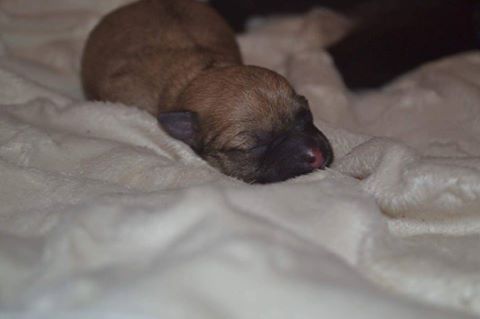 Her new friends at Fenland Animal Rescue estimate that Bella is only about 12-18 months old – too young to have been bred. Not only was she exploited for her puppies, poor Bella was abandoned, alone and scared in the bitter cold in her time of need.

“The person who dumped her would have known exactly what was going on,” Flanagan said. “They would have seen the dead puppy, and heard Bella howling in agony. They must have thought ‘I don’t want that vet bill, I can’t afford that’ and then left the crate on the doorstep of a well-off family who could sort it out. We need to find whoever did this so the RSPCA or police can speak to them.” 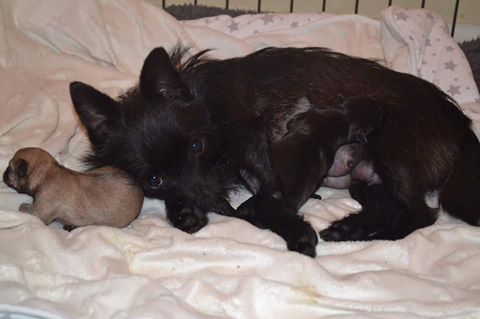 Bella and her pups are happy and thriving in a warm, loving foster home with round-the-clock care. She has proven to be quite the attentive mama!