On Tuesday, Jan. 5, 2016, Jock and Annabelle, two Scottish terriers from Massachusetts, ran away from home after their owner suffered a medical emergency and was taken to the hospital. First responders and police tried to corral the pets after their owner was taken away, but this proved difficult. Hours later, Jock would lead one of his rescuers to where his sister Annabelle was trapped and injured. 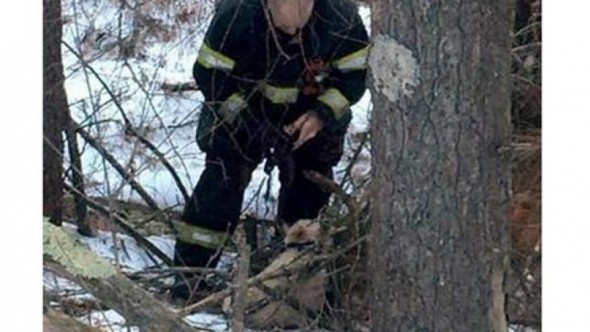 According to Fox News, Orange County Police Officer Chris Bisceglia, returned to the area where the dogs were last seen earlier in the day. The officer was worried that with expected freezing temperatures, the dogs wouldn’t survive the night out in the open.

When Bisceglia arrived, he spotted five-year-old Jock. He was barking frantically as if telling the officer he needed his help. On a hunch and determined to rescue the dogs, Bisceglia followed Jock down a 30-foot embankment and found Annabelle entangled in the brush and bleeding.

Local fire department and animal control were called to rescue Annabelle. Meanwhile, Jock watched and waited for his sister from a safe distance.