Since Russia invaded Ukraine earlier this year, over 7 million people have fled the country. While many people took their pets with them, that wasn’t a luxury others could afford.

As a result, animals have been abandoned across the country, particularly in high-conflict areas.

The Ukrainian rescue Love Furry Friends has seen first-hand how devetating the war has been on animal welfare. 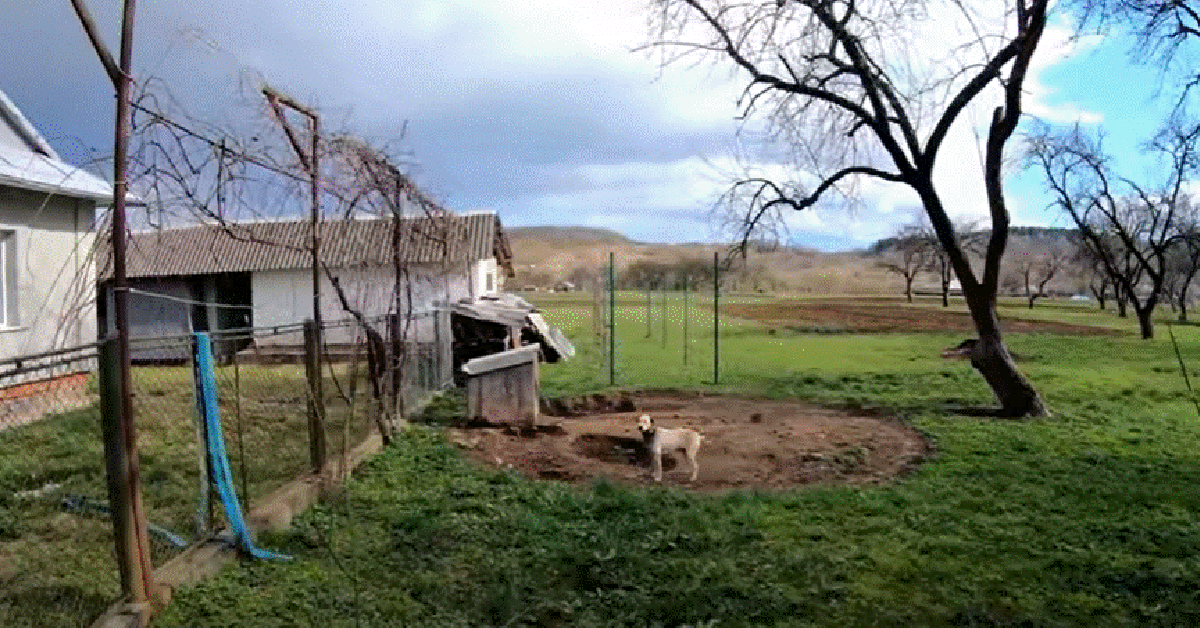 Despite everything that’s going on in Ukraine, the rescue decided to stay behind to help the animals in need. As they explained on YouTube: “We don’t leave the country, we continue to feed stray dogs and rescue as many animals as we can.”

One such dog they found in need of help was left chained in a yard in a village that was evacuated for the war. The town was largely barren since the evacuations took place and if rescuers with Love Furry Friends didn’t come to the dog’s aid, no one else would. 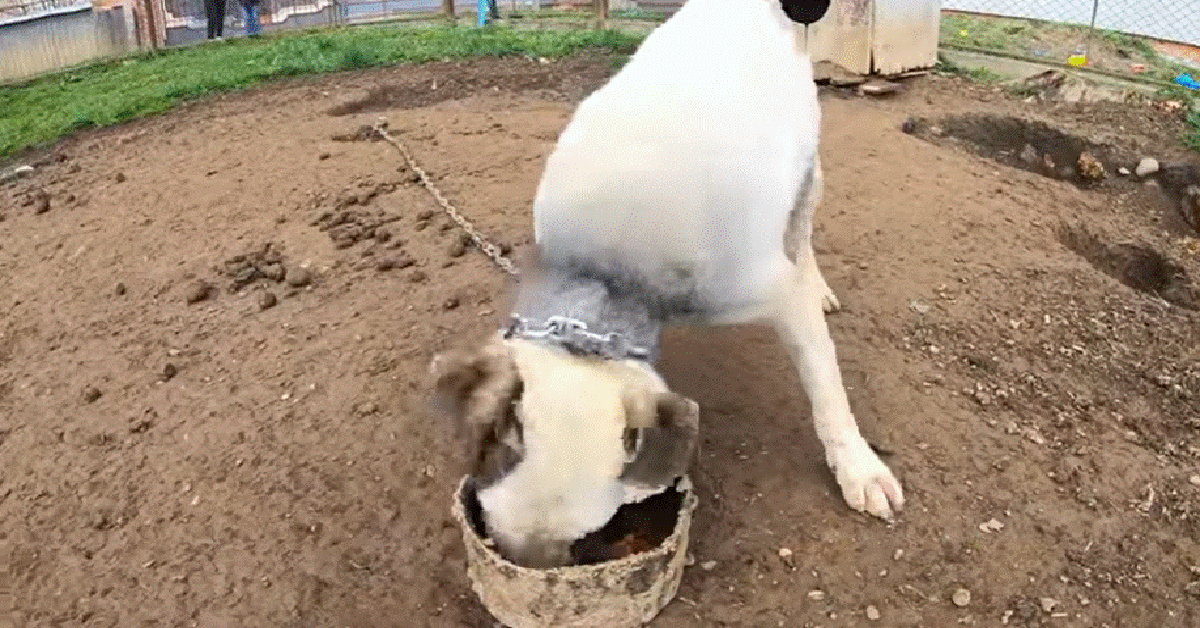 The dog, an emaciated pit bull, was ecstatic to see the rescuers when they arrived. Despite the heavy chain around his neck and the lack of food in his belly, he eagerly wagged his tail!

Rescuers were heartbroken to see his condition. The chain around his neck created open wounds and he was so very hungry. No one is sure how long he’d been left alone, but it’s clear that he wouldn’t have survived much longer without food and proper care.

The rescuers quickly got some canned food out and fed the dog, who they named Toby, before taking him back to the veterinarian clinic. There, he got a bath and was neutered, dewormed, and vaccinated. 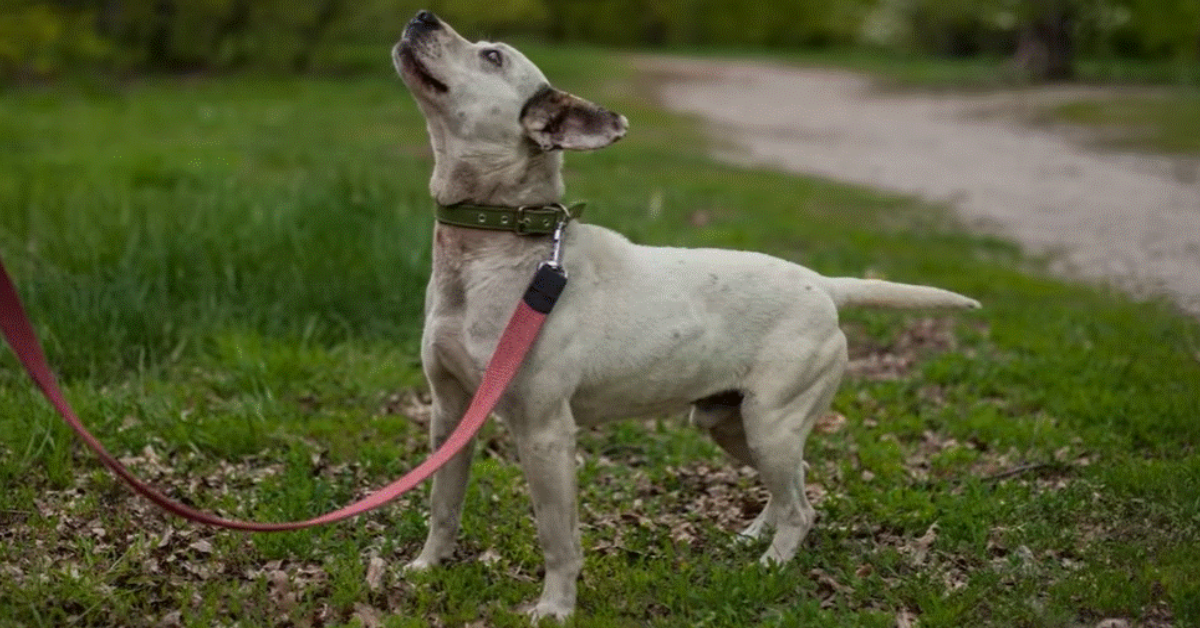 That wasn’t the end of Toby’s recovery though. He’d need a few months to put on some weight and learn how to interact with people, walk on a leash, and be a dog again!

In the end, Toby will be looking for a forever home to call his own. Check out the rescue video below: