Two dogs were left behind after their owners moved away and left them to fend for themselves. And six months later, Hope For Paws was called in to help. The dogs had stayed under a house and lived on scraps provided by the neighbors. 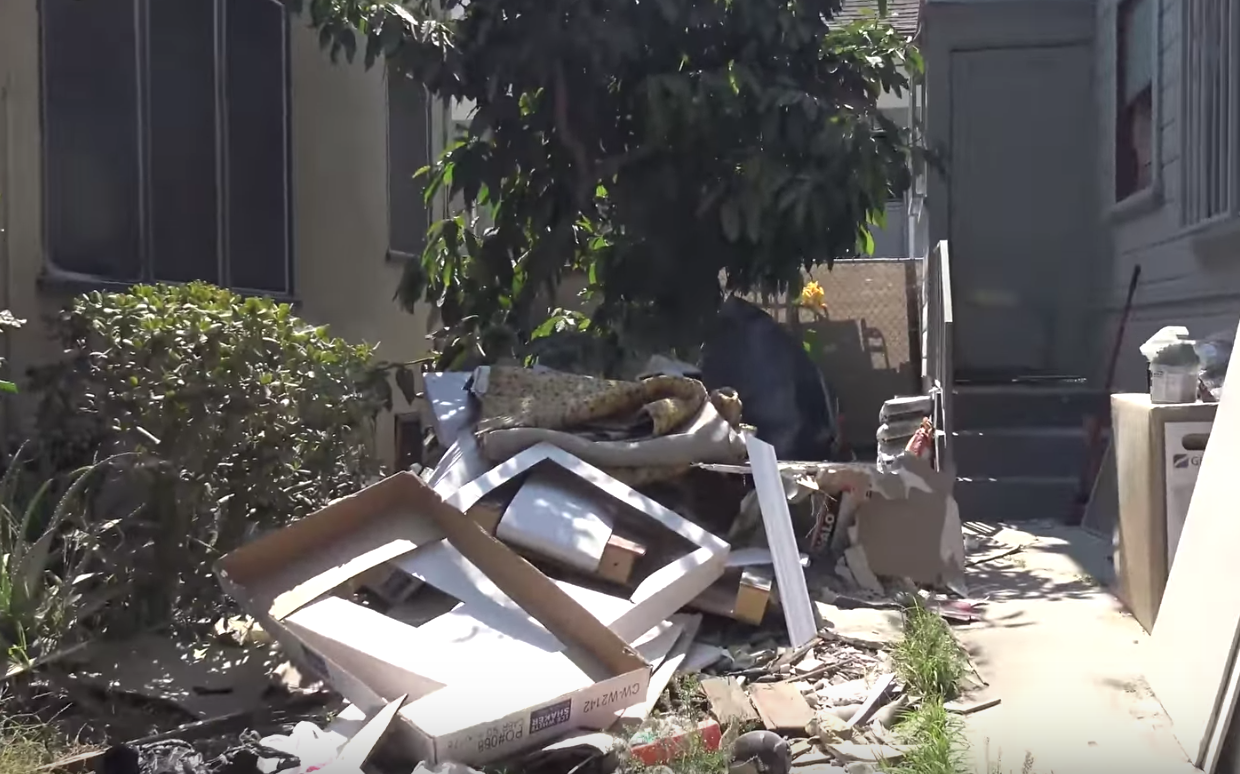 But when rescuers arrived, only Flash remained. The other dog was friendly and approachable and was taken in by someone in the neighborhood. Now Flash was all alone and scared. The only option was to set a trap. 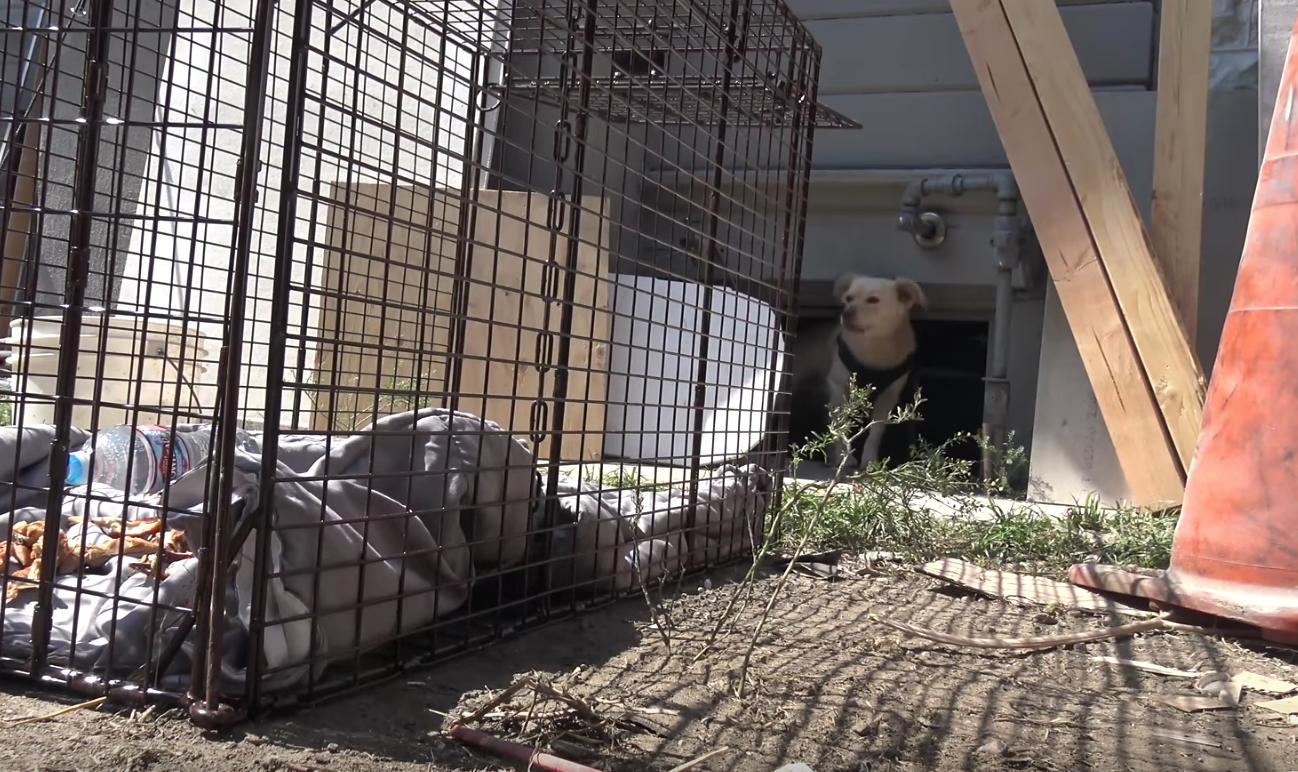 After the dog escaped the trap, they knew he wouldn’t be fooled into it again. So they blocked the entrance to his hiding spot. They were then able to quickly snare the dog by his leg before placing the Lucky Leash around his neck. Flash quickly calmed down and learned that they were there to help him. 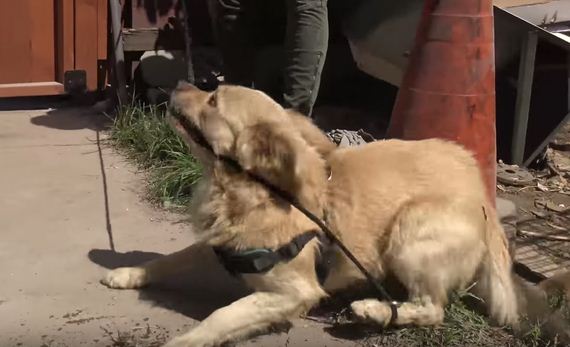 He was placed in the crate after some head pats and a pep talk. Little did he know, this was the beginning of his brand new life. 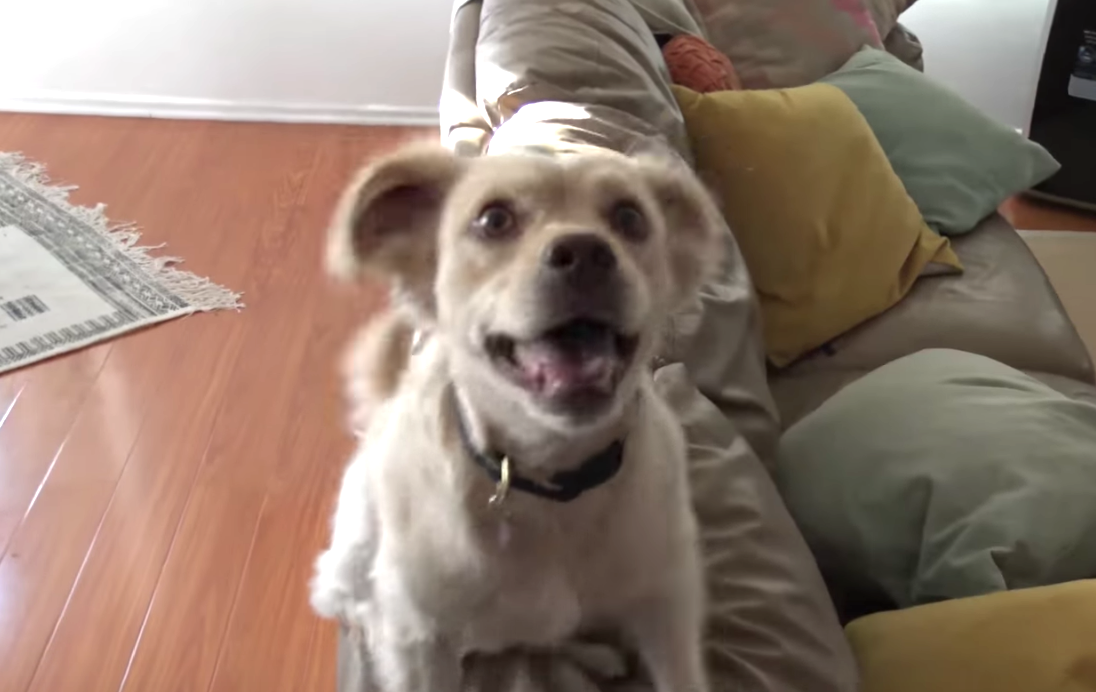 And it didn’t take long at all for Flash to find his forever home! Sunny Day Acres trained him and helped him overcome his abandonment issues, and the hard work paid off. Look at Flash in his new home today! 🙂