When Janine Guido, the founder of Speranza Animal Rescue, first laid her eyes on Pamela she saw a broken dog. She got a call from a local realtor saying that a dog was going to wind up homeless since her family was moving out of their house.

They were leaving their dog behind.

If you saw the terrible conditions Pamela was living in, you wouldn’t be surprised over how heartless these people could be. She was living outdoors in a rundown doghouse in the family’s yard. She was terrified of Guido and would shake uncontrollably every time she came near. She also had sores on her body from living outdoors in filth. 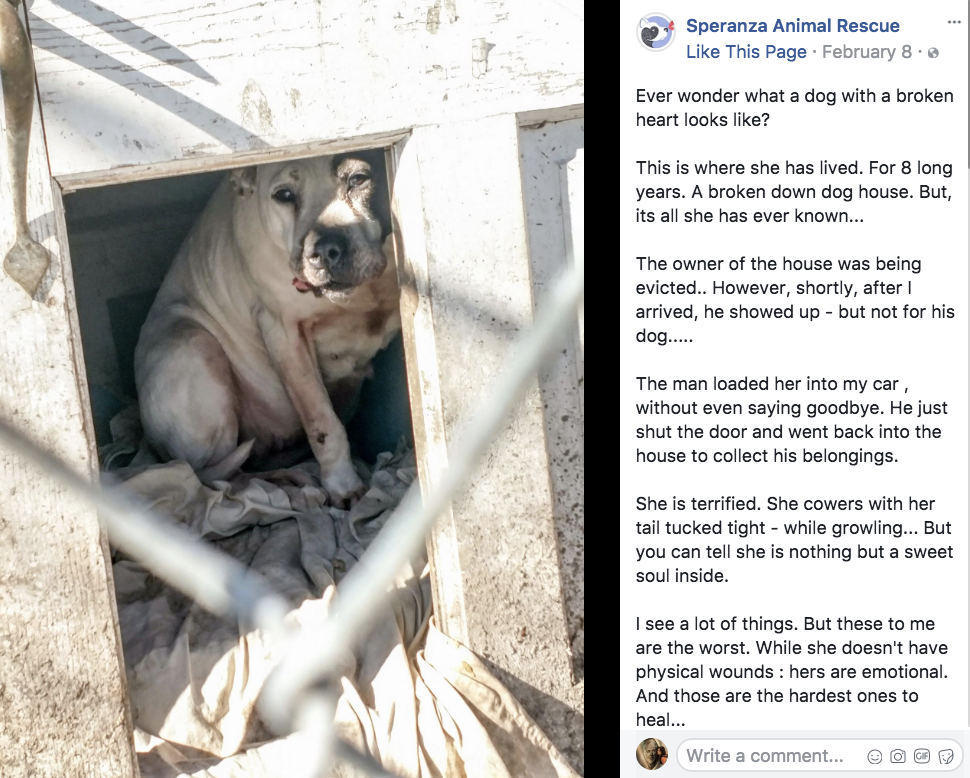 Guido was so shocked at what she saw that she had to post about it on Facebook.

“Ever wonder what a dog with a broken heart looks like? This is where she has lived. For 8 long years,” she wrote. “A broken down dog house. But, it’s all she has ever known.”

Guido even ended coming face-to-face with the person who forced Pamela to live in these conditions.

“The owner of the house was being evicted. However, shortly, after I arrived, he showed up – but not for his dog,” Guido explained. “The man loaded her into my car, without even saying goodbye. He just shut the door and went back into the house to collect his belongings.”

“She is terrified. She cowers with her tail tucked tight – while growling… But you can tell she is nothing but a sweet soul inside,” Guido said. “I see a lot of things. But these to me are the worst. While she doesn’t have physical wounds: hers are emotional. And those are the hardest ones to heal.”

“This morning on our walk, she literally stuck right beside me, never moving more than a foot away,” Guido said. “Every five or 10 steps she would look back at me, jump up and put her legs around my waist. When I knelt down, she began kissing my face. Almost as if saying, ‘I’m OK now.’ These are the moments you live for.’” 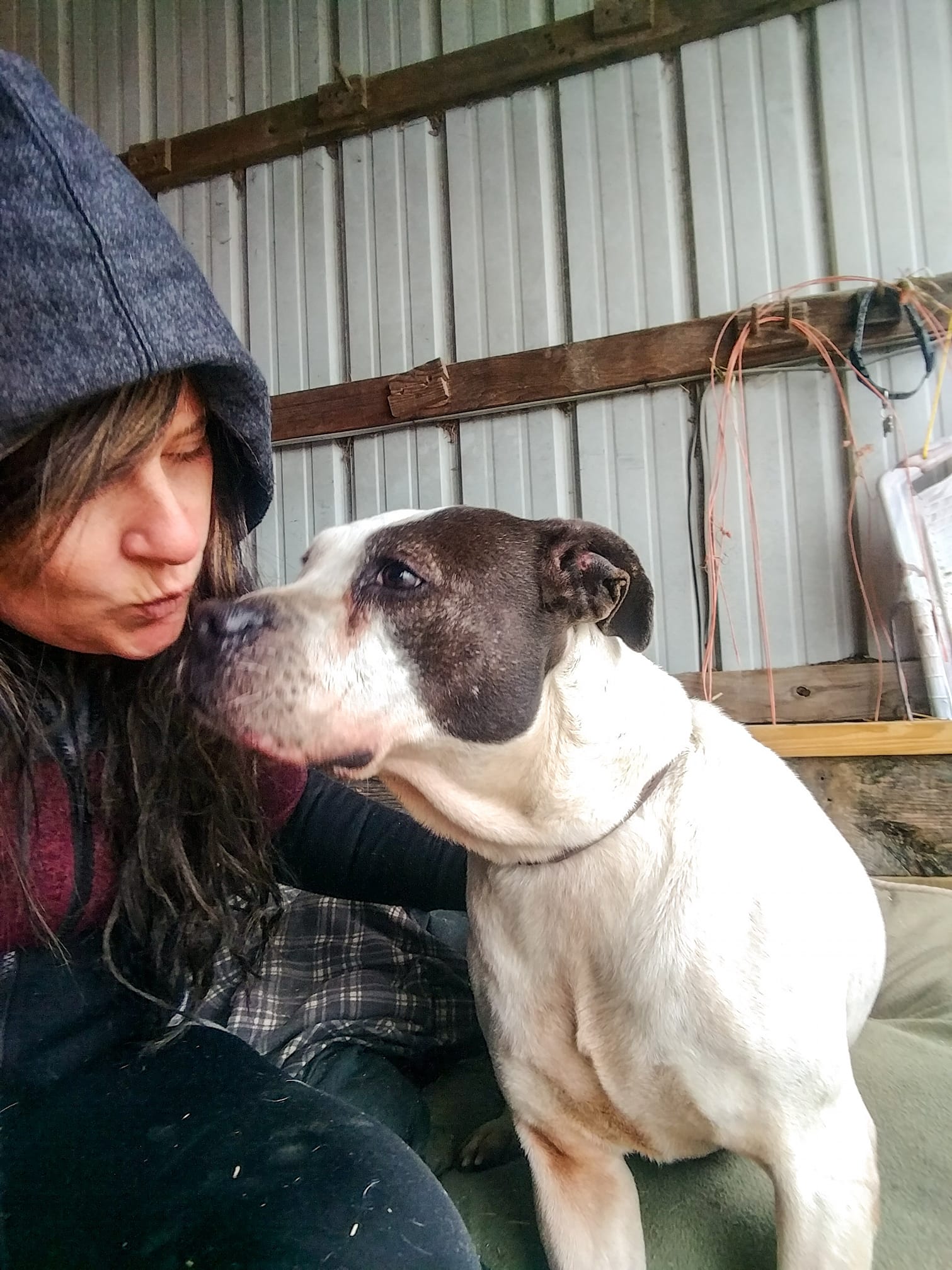 Pamela is not quite ready for a new home yet, but she will be soon. You can learn about the adoption process here or you can learn how to help other dogs like Pamela here.