This pit bull was discovered outside of a local jail by an employee of the Villalobos Rescue Center in southern Louisiana. They’ve seen their share of terrible animal cases, but this one was particularly bad.
Rescuers safely loaded Curtis into the van and rushed him to Cypress Lake Animal Hospital. 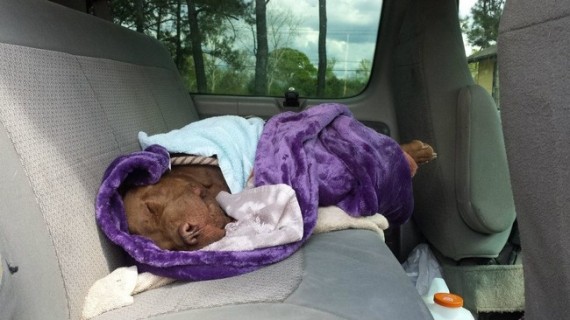 Note: the following images of the wound are not for people with weak stomachs.

They treated his wound and immediately prepped him for surgery. 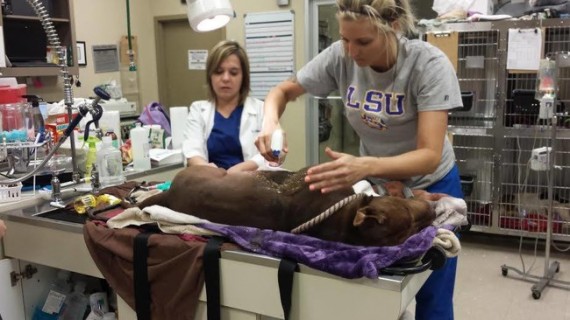 Curtis was so exhausted that he fell asleep on his own as they started working on him. 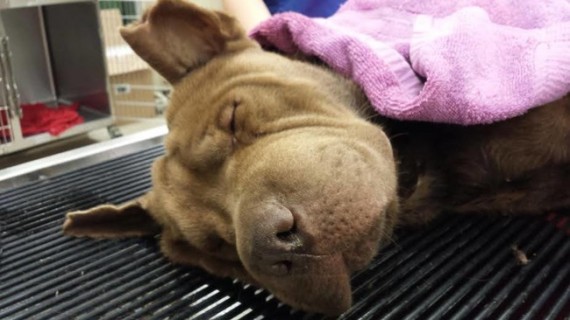 When they sprayed the wound, thousands of maggots appeared indicating he was left like this for days. 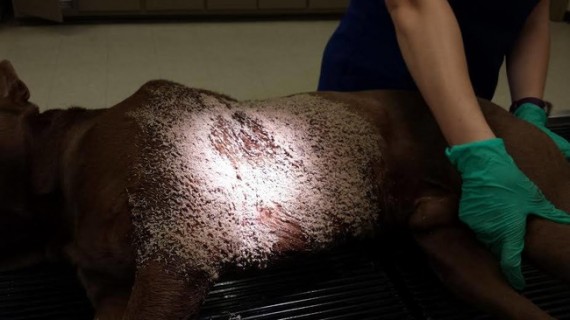 The bullet entered behind his shoulder, narrowly missing his heart. 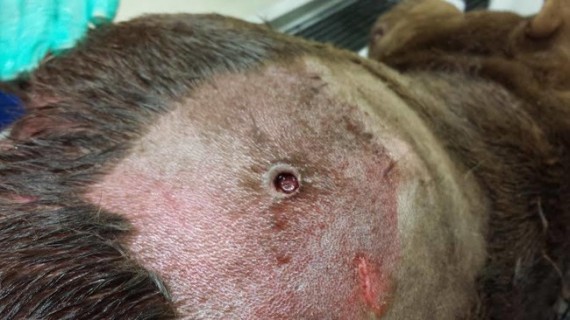 The bullet came out through the back of his head. 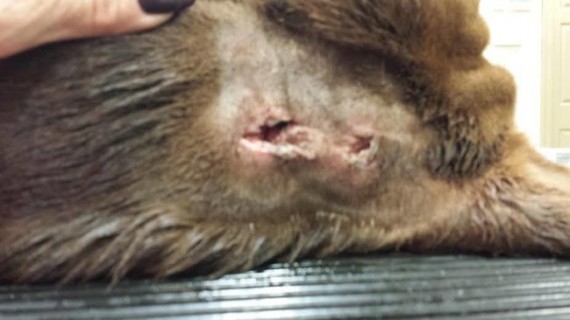 He was treated for the bullet wounds, a broken shoulder and heartworms. Curtis is tired, but continues to fight. 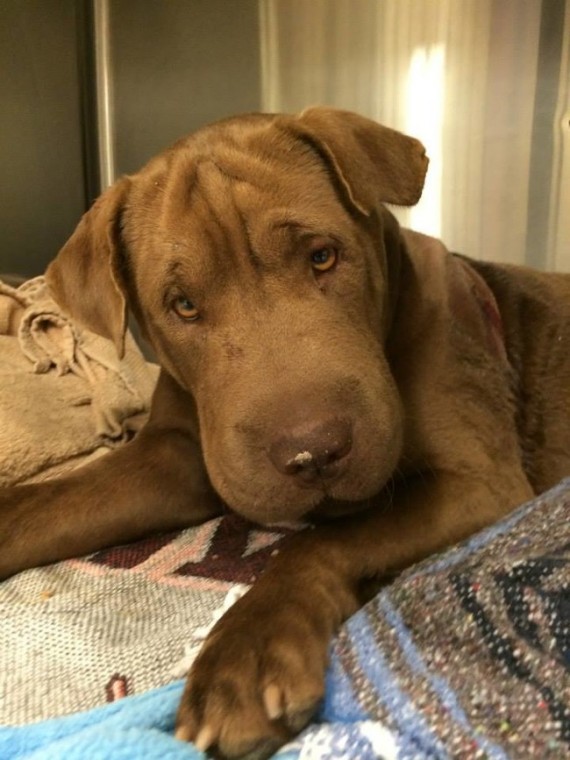 Curtis is expected to make a full recovery and eventually be put up for adoption so he can find a loving forever home. Updates on his condition can be found at the Villalobos Rescue Center’s Facebook page.

There are some terrible people out there, but there are also lots of amazing people — like the veterinary staff that saved Curtis’ life.

Share this and continue to keep Curtis in your thoughts