The lab-terrier mix shelter staffers have named Faith is lucky to be alive after being rescued from truly horrendous conditions in Coal Center, PA.

She was rescued by a Humane Society Police Officer, who found her starving, trapped in a crate that was filled with animal waste. An investigation has been opened to determine who is responsible.

Faith weighed in at just 20 pounds and a Facebook post on the shelter’s site said she was “a 1.5 out of a 9 on the body mass scale.” Clearly, it said, Faith had been starved. 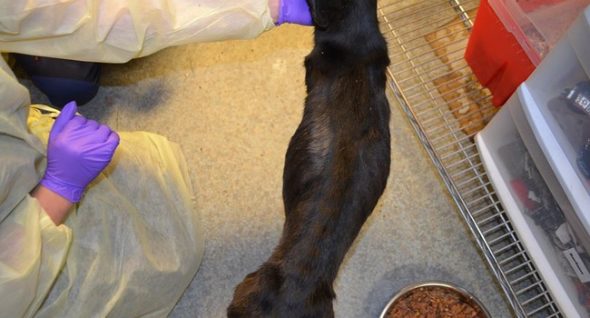 She has since been thoroughly bathed and given both fluids and a feeding tube. 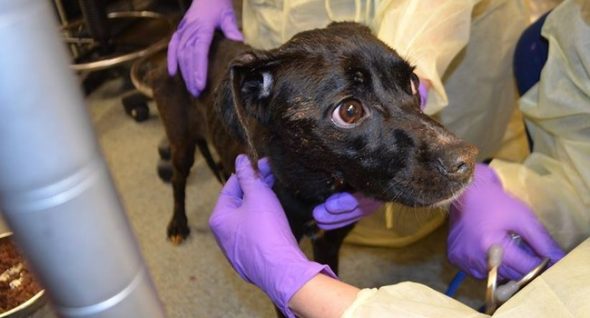 The Washington Area Humane Society has a funding page set up. Donations will help cover the cost of Faith’s care. You can also follow her progress on their Facebook page. 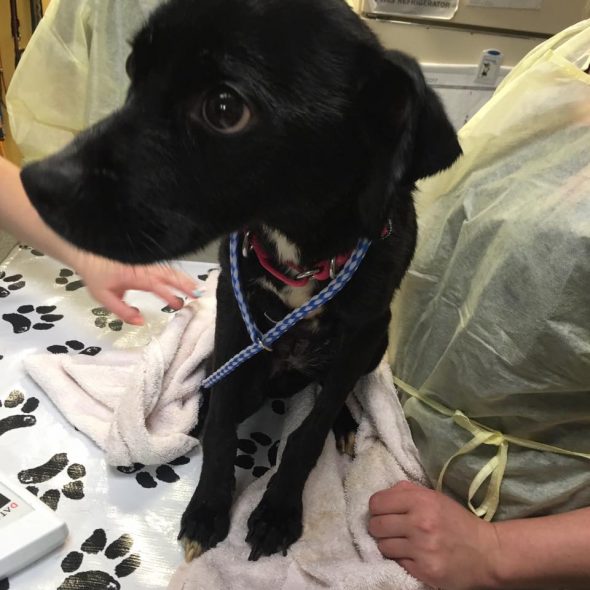 An update Wednesday morning said that Faith had done very well in her first overnight. Her care will continue at the shelter until she is adoption-ready.