When Lily found those helping hands, she put her whole heart in them — along with her head. 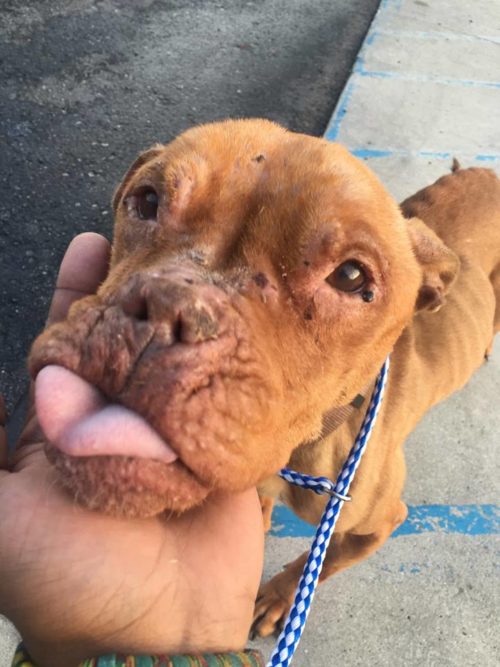 Last week, animal control officers in Hazel Park, Michigan, found her tied to fence next to a burned down building. She was brutally thin, having no means to even find food for herself. She was also heartworm positive. And she has a tumor on her back leg.

When Mike Diesel, founder of Detroit Youth and Dog Rescue, heard about Lily, he couldn’t let her go from the heartbreak of abandonment to the uncertainty of the shelter.

He decided to get Lily out of there. 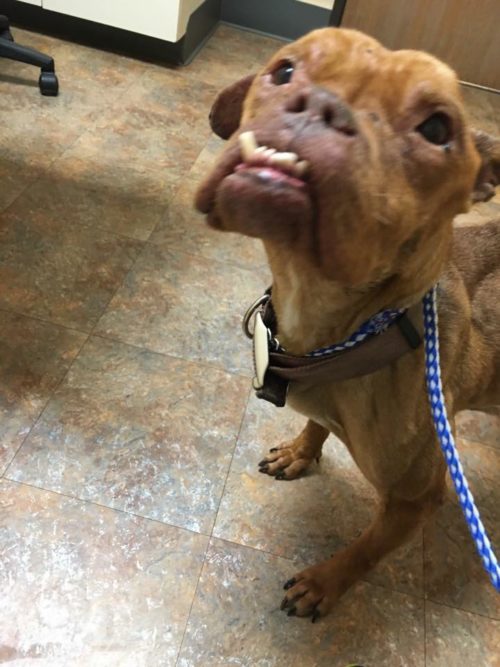 Diesel has plenty of experience getting dogs to trust him— even those the most betrayed and seemingly broken.

Sometimes, as in the case of a dog left on the curb after his family moved away, he camps out with them for days.

But Lily didn’t take nearly so long to let trust the man who pulled her from the shelter. She’s been glued to Diesel from nearly the moment they met. 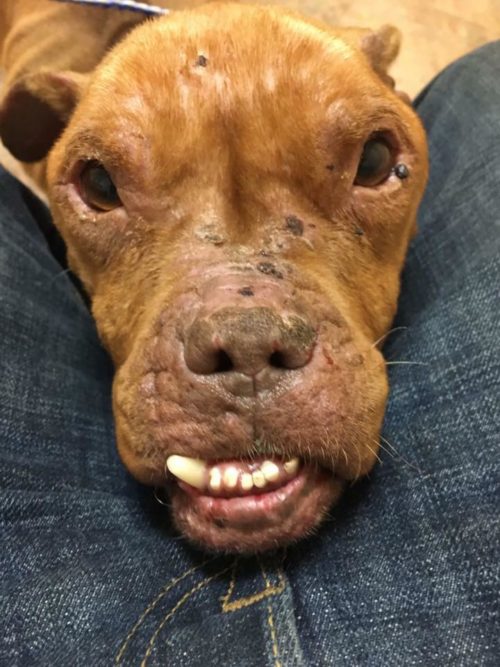 “I only knew her for two minutes at this point,” Diesel tells iHeartDogs.

Lily still has a long journey ahead of her. The growth on her leg will need immediate medical attention. And there’s the heartworm and other treatments she so badly needs. 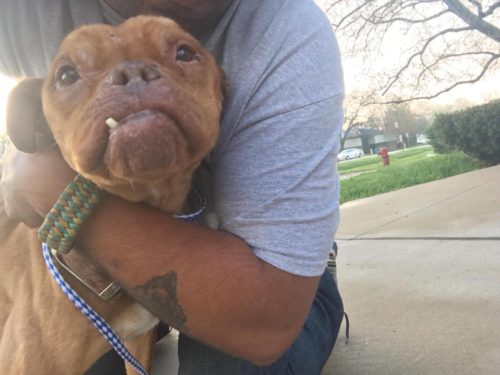 The medical costs will be staggering, especially for his small rescue group. Diesel is hoping Lily will touch a few more hearts — enough to help him cover those costs.

In the meantime, Lily is staying exactly where it seems, she was always meant to be — in the hands of her hero. 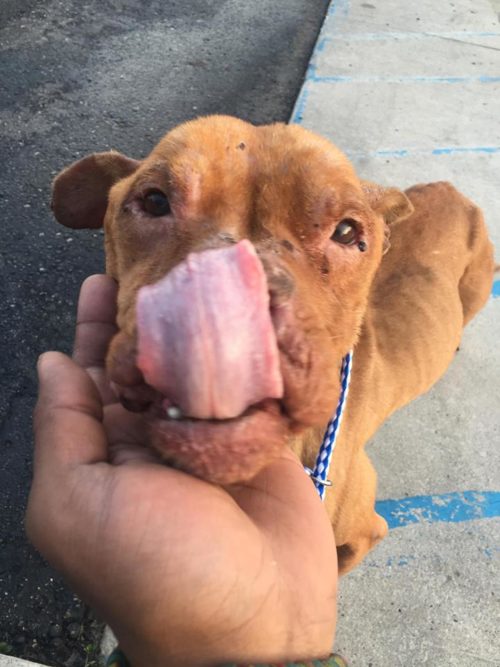 She won’t be ready for adoption for a while. And Diesel admits, he might just end up keeping her.

Because sometimes, no matter how many dogs you’ve saved, one comes along who makes it impossible to do anything with —  except hold on tight.

“She is a prime example of how sweet and trusting and forgiving dogs are,” Diesel says, “Even after being deserted.”