From our friends at Speranza Animal Rescue, a dedicated team out of Harrisburg, Pennsylvania:

Got a call this afternoon from a woman regarding a stray in Harrisburg.

The woman said she was scared of people and if approached she would run the other way. 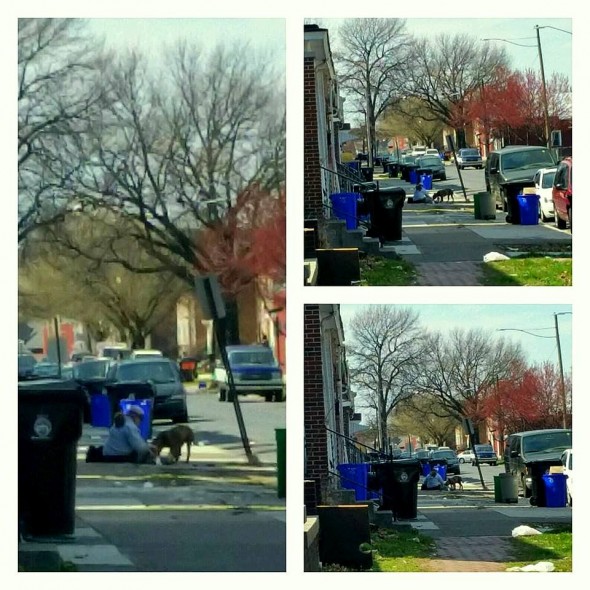 I told her to keep her distance but keep an eye on her until I got there… and thankfully she did just that.

When I arrived I saw her. Not running but just trotting around the streets and alley ways.

After speaking with some neighbors it was confirmed that she has been a ‘street dog’ for months.

I followed her – from a distance. When I spoke to her she would stop, look at me for an instant, then would continue on her path.

After about 45 minutes of this I finally was able to cross the street in front of her. I sat down about 30 feet from her. Throwing some treats and began talking…

She was not so interested in the food – but she seemed more curious as to the fact that I kept talking to her. 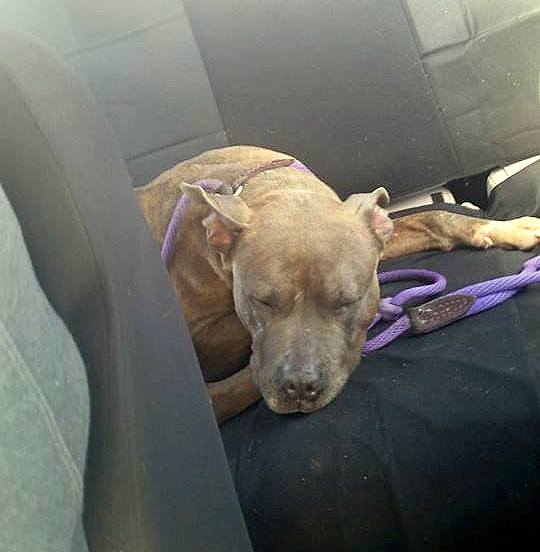 I told her that I wasn’t gonna hurt her. I wanted to give her a better life. A life off the streets.

After about five minutes of rambling, I slowly slipped the lead over her head – and at that moment it was the start of her new beginning.

Welcome to the family, Journey ♡