Dobby, not the house elf from the popular book/movie franchise Harry Potter, but a Chihuahua is looking for a new home, and the people at the shelter are worried that she look a little too… strange(?).  Her real name is Kendall, but is called Dobby due to the striking resemblance she has to the much loved house elf. 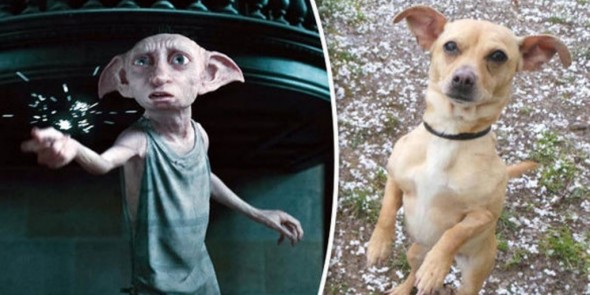 She’s currently residing at a shelter run by Dogs Trust.  She also had her best friend, another Chihuahua called Winky, with her when she got to their rehoming center.  The staff loves them both very much, and would really love to see them adopted out together. 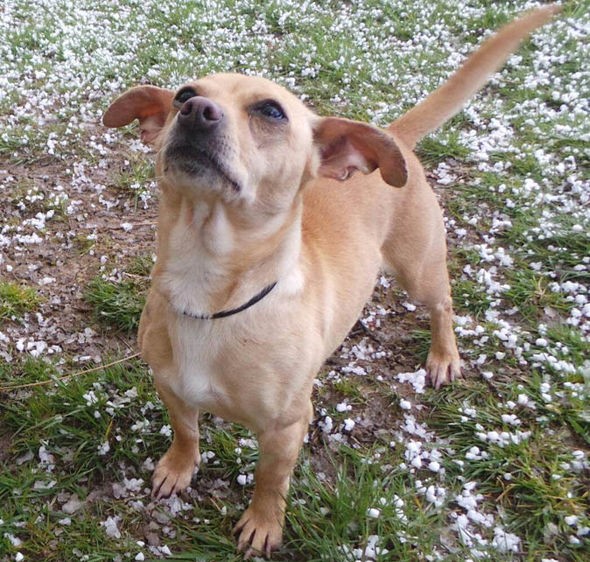 Re-homing Center manager Nicki Barrow said, “Kendall is an adorable girl who is a real wizard when it comes to making new doggy friends.  She has been conjuring up so much love from her care-givers here so we are really surprised that she hasn’t yet found her perfect home.  It’s amazing how much she looks like Dobby and just like her doppelganger, she is such a loyal, funny character who would make a fantastic family pet in the right home.  As much as we love her here, we would enjoy nothing better than to see her potter off to a new home with the loving new family she deserves.”

Westley Pearson, director of claims at Animal Friends said, “Often times we hear stories of dogs arriving at rehoming centers and whilst the majority of these dogs go on to find their forever home, it is a sad truth that a percentage remain at the center.  We hope that Dobby, with her unique features and mischievous nature can find her own forever home.  Thankfully, we are now seeing an increase in rescued pets having insurance which means they are being rehomed to responsible households.”

Dogs Trust has launched a campaign, calling on all Harry Potter fans.  They hope to find someone that sees the resemblance she bears to Dobby, and give her the forever family she deserves. 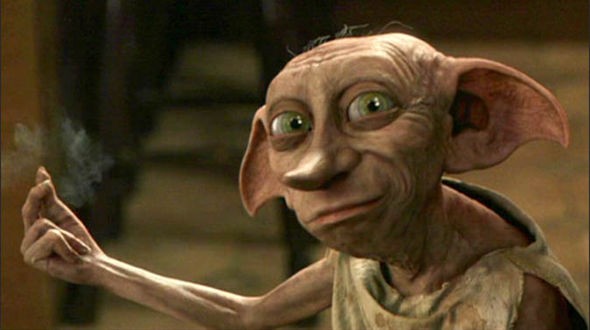