Lucca, a 12-year-old German shepherd, retired in 2012 after dedicating six years of her life to the U.S. Marine Corps, protecting her fellow military troops by using her sharp nose to sniff out bombs and other weapons.

During a mission in Afghanistan, she came across a homemade bomb and lost her leg when it detonated underneath her, also suffering from burns on her body in the aftermath, the Telegraph reports.

But on Tuesday in London, Lucca was recognized for all of the hard and dangerous work she had done while in service, which accumulates to more than 400 successful missions in in Afghanistan and Iraq. 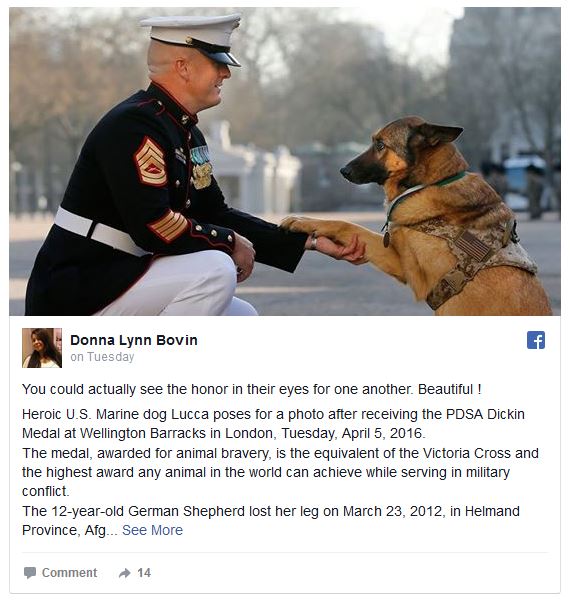 Learn more about how Lucca became a hero and what her duties while in service entailed: