Dogs are our best friends, and they always want to do everything we’re doing. Well, maybe not when it comes to taking showers (though some do), but especially if we’re rolling around on the floor, they want in on the action. Jerreth’s dog Winston wouldn’t stay off of his yoga mat, so he got him his own. 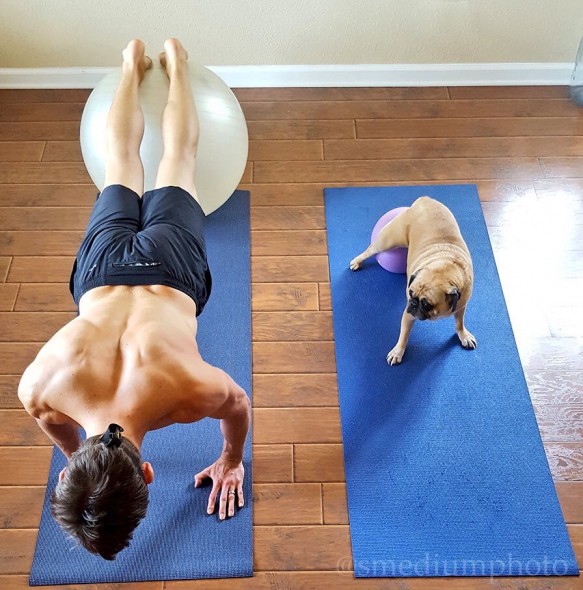 “He always has to be by somebody. So whenever it was just us and I would try and do some yoga he would have to be sitting/laying on the same mat as me,” Jerreth Ludwig told Life With Dogs. “So then I bought him his own mat and was pleased when he would stay on his own mat.” 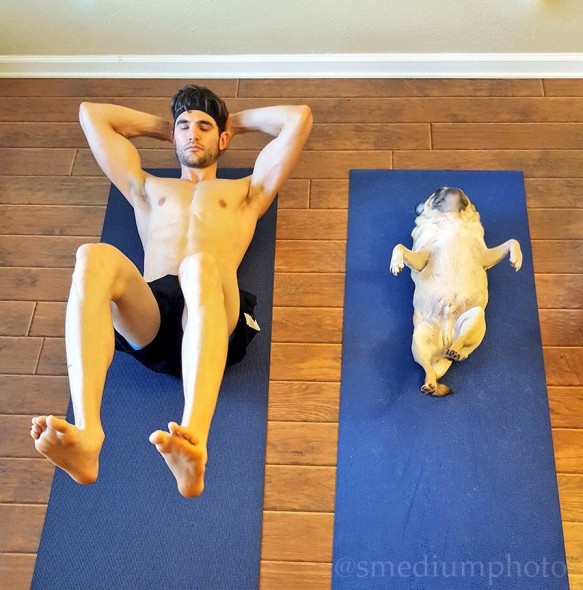 “Over time my Dad taught him how to bow which is the closest we could get to the pose downward dog. We later took pics of him trying different poses.” 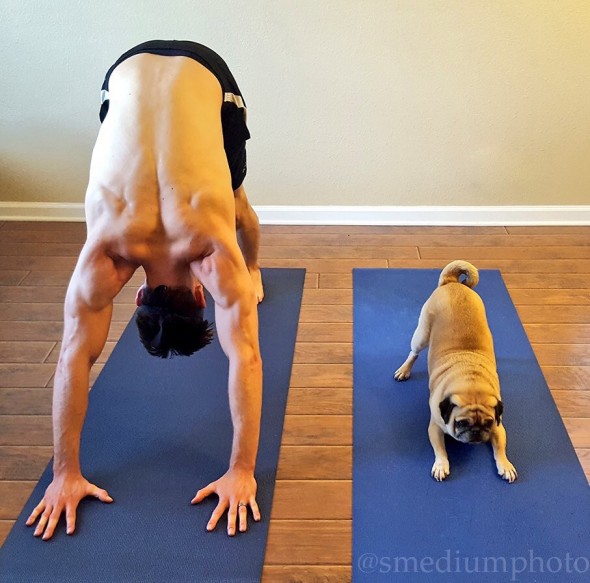 Winston naturally has downward dog mastered, but hopefully he’ll learn a few more poses so Jerreth can continue getting such fun shots.  To see more of them, follow Jarreth on Instagram 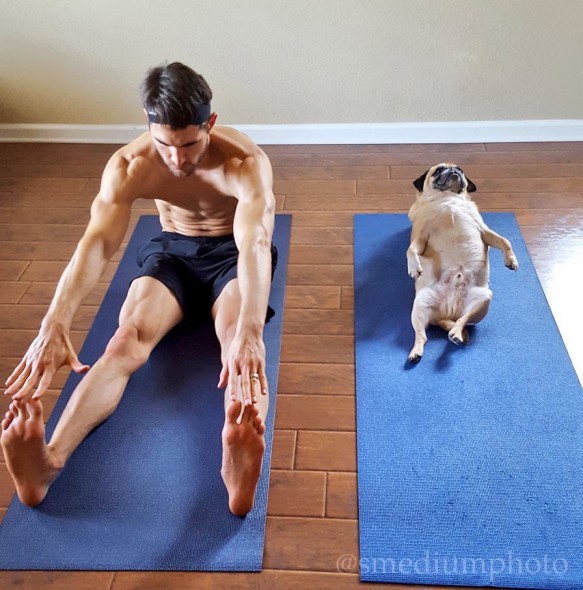 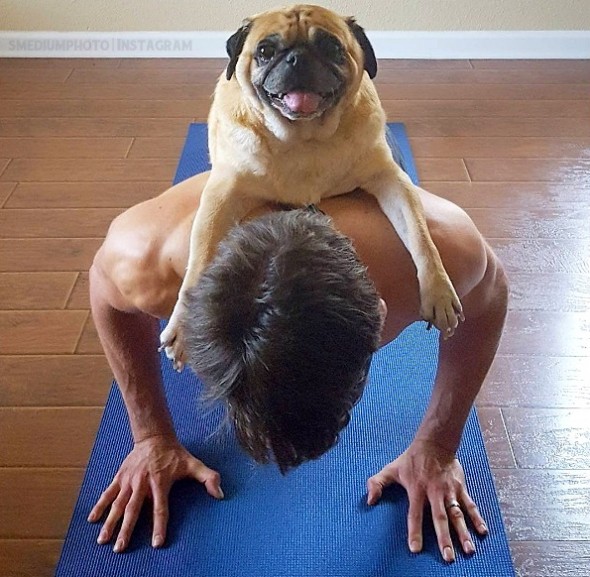