We brought you Cola’s story about a year ago as he received his first pair of prosthetics.

The cruelty and senselessness of Cola’s injuries notwithstanding — an angry neighbor hacked his legs off for chewing a pair of boots — his story is one of triumph and much like the joy his first pair of legs brought him in our previous reports, these new state-of-the-art prosthetics are making his life that much more fulfilling and well-lived. 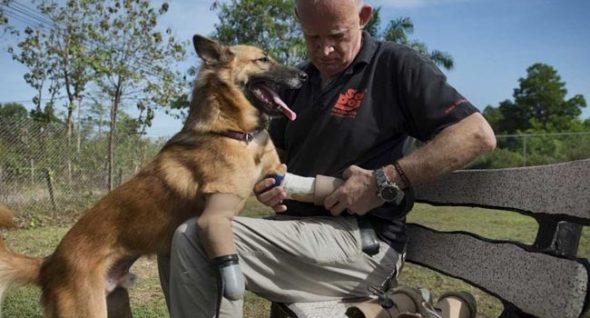 The former street pup, saved by vets after his injuries, has kangaroo-like stumps for legs but these new, high-tech legs are even more efficient and comfortable than the first pair. The “blade runners,” modeled on the prosthetics used by Paralympian runners, allow for a more natural movement as he runs and leaps and bounces.

Dalley and his late wife adopted Cola and took him to Phuket, where he now enjoys bounding and running on the beach. 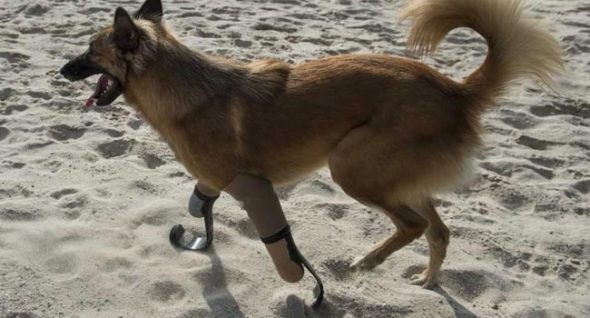 “It’s actually quite amazing how adaptable dogs are and how forgiving they are,” he added. Cola has no fear or distrust of humans despite what happened to him.

Cola is believed to be the first to receive the expensive ‘suspended’ blades, which curl up in a C-shape. His leg stumps rest in a silicon socket. The legs are still being fine-tuned to achieve the best possible fit. 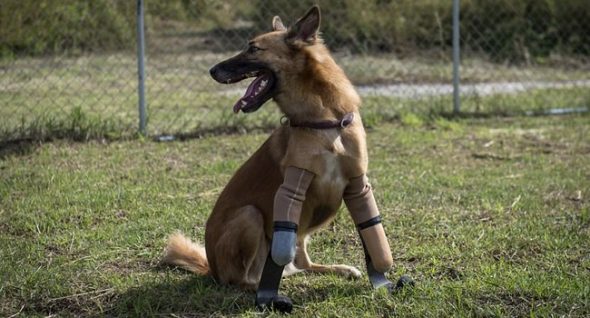 The medical team, which had only worked with human patients beforehand, are hoping Cola will raise awareness throughout Thailand about the benefits of better prosthetics.

They’re hoping his wonderful smile and attitude will show others in need that having a good pair of legs really makes it possible for people to continue to run and have fun.