One could be forgiven for never having heard of the tiny island of Jukdo, which is just off the coast of South Korea. However, the little island is making big headlines after a dog followed a man wearing a mapping camera just about everywhere he went and ended up in every photo the camera took! Apparently, Jukdo is a doggy paradise! 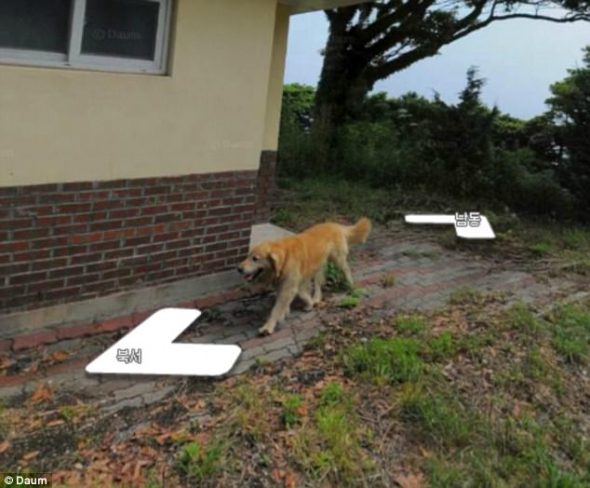 The images of the island were being taken for the Daum maps provider. Think of it as something similar to Google Maps, but dedicated to the region. The idea is to take as many detailed photos of the island as possible, then stitch them all together to make a “3-dimensional” map of Jukdo. 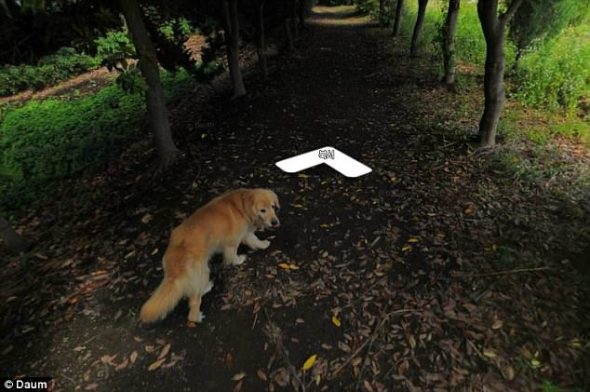 As the man took photos with the special backpack he’d been fitted with, there was one common theme that kept coming up; this adorable dog somehow managed to follow the man and end up in almsot every single shot that was taken. The happy-go-lucky golden retriever is featured along with the beautiful coastal shots, and tree-lined paths that crisscross the island, and he really brightens the whole thing up. 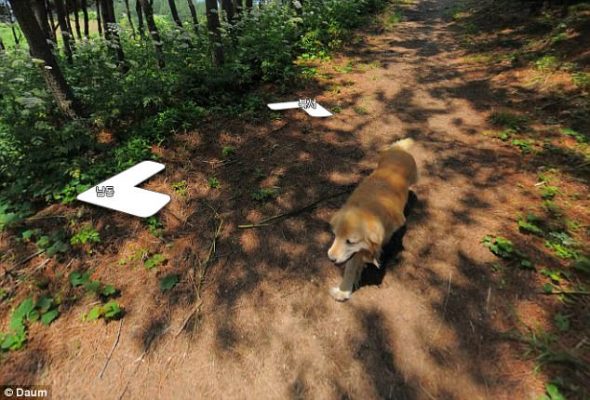 No one is sure to whom the dog belongs. He isn’t wearing a collar, and the population of the island totals to a whopping three people, none of which claim him as theirs. There are a lot of campgrounds available on the island, so there’s a chance that he is with a family using one of them. For the time being, the dog’s origins remain a mystery. 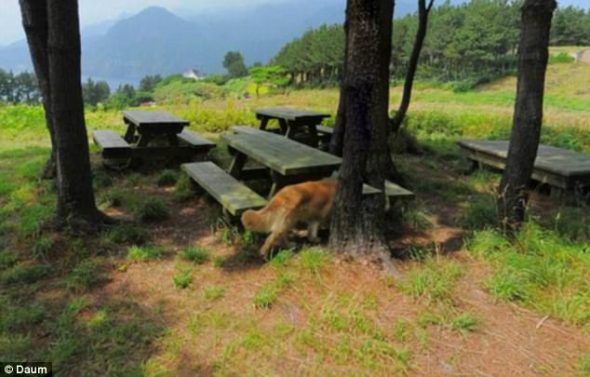 While it isn’t that rare to see people doing this type of digital mapping just about everywhere in the world, and a lot of them pick up odd and funny occurrences.  However, there’s none that we know of that feature a dog hanging out with you the whole way!  If you want to check out the map for yourself, click here to be taken to the Duam webpage.  If you don’t see the dog at first, be sure to pan around, you’ll spot him! 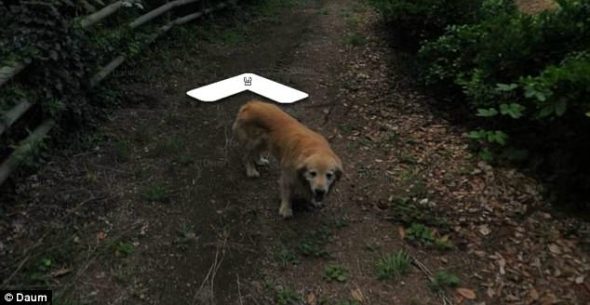 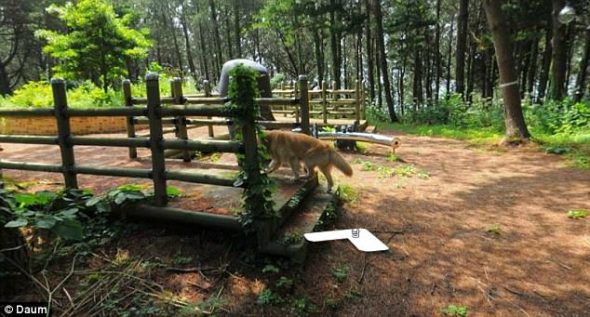