Diane Stoebe was traveling down a Utah highway at 70 miles per hour when her dog accidentally opened a car window and was sucked out.  Miraculously, he was not struck by any of the other vehicles on the road, and walked away with only minor injuries.

Diane was on the phone with her son when she noticed that her five-year-old Eskimo husky, Rowdy, had his paws up on the armrest and was looking out the window.  She wasn’t worried, because she always kept the windows locked.  However, she recently had been driving with her sister and forgot to relock them.

Before she knew it, Rowdy had the window down and had half his body out the window.  The wind caught him and pulled him right out.  Two caravans just missed hitting the little dog.

“When he stopped and he was laying there I thought the other mobile home was going to run over him. That was the worst for me.” 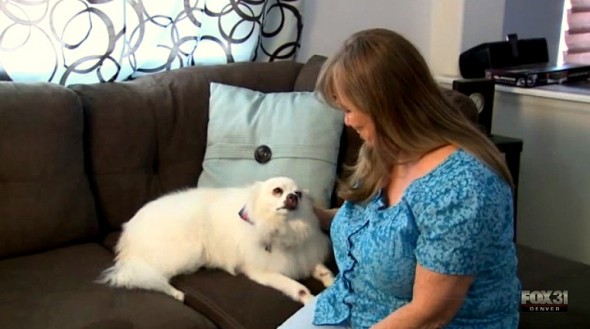 She then watched Rowdy slam into the embankment.

“I heard her scream for a good 15 seconds, as much as she could scream,” son Derren said.  “I was asking her, ‘What’s going on? What’s going on?’ She said, ‘Rowdy fell. Rowdy fell!’ I heard the screech of the brakes, horns honking and the phone went off.

Diane swerved over to the side of the highway and rushed out of her car and scooped up her little baby.  The nearest vet was 100 miles away, so she sped there as quickly as she could.

“I made that drive 100 times. I know the speed limits and how far away it is. I knew that there was no way he was going to make it,” Derren said. 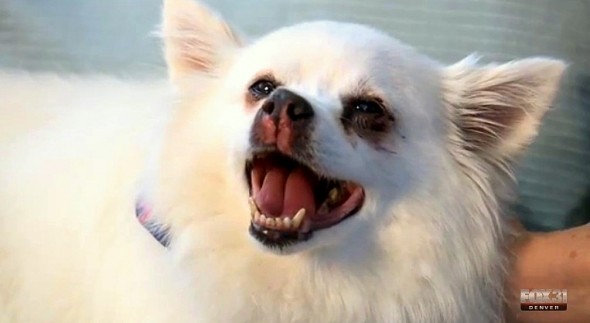 Amazingly, they made it, and Rowdy was only slightly injured.

“He had a broken nose, skinned up snout,” said Diane.  All four feet are banged up and his eye is cut.  “He’s my miracle pup.”

After Rowdy’s brush with death, Diane wants people to know to take caution when traveling.

“Every time you get in the car, make sure you have those window locks on or the child locks, anything like that, because, it might be a child, not an animal,” she said.

“It only takes one time for something like that to happen, with animals or kids, so be sure to be safe,” said Derren. 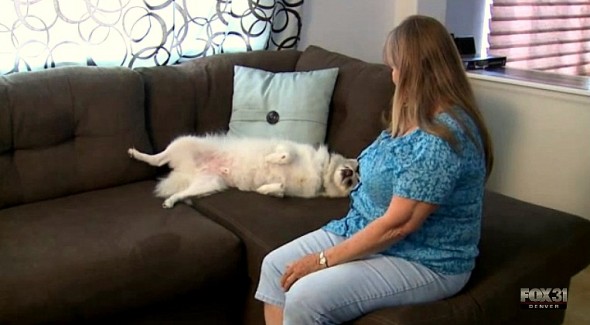