The more I read about dog fighting, the more disgusted I become. The story of Diamond is initially a sad one, but ultimately she gets a second chance at a happy life, like all dogs deserve. This brave pit bull was badly abused while being used as a bait dog within the dog fighting world. She was eventually rescued and put in a shelter, where she awaited her forever home.

Soon, Diamond was adopted by a woman named Melinda, who had just lost her beloved dog of 16 years. Melinda says she was reluctant to open her heart up again to a pet after dealing with the loss of her best friend, but she knew upon meeting Diamond that they were meant to help each other heal.

Because of Diamond’s vast injuries, including battery acid scars on her head and body, her skin was very sensitive to sunlight. In an attempt to help the struggling dog cope with her sensitivities, her thoughtful human started making her outfits.

Diamond’s delicate skin requires Melinda to apply sunscreen and moisturizer before the pup is exposed to sunlight. It’s been a difficult adjustment to make, and the pair is still getting used to it.

“Diamond had been with me about 5 days and was still very, very sick. This was the day that she went outside to lay in the sun, and I realized that wasn’t going to work because her skin was literally becoming too hot to even touch. The Diva’s very first outfit was actually this ….. a Panama City Beach t-shirt, a bandana….. and a dish towel.” 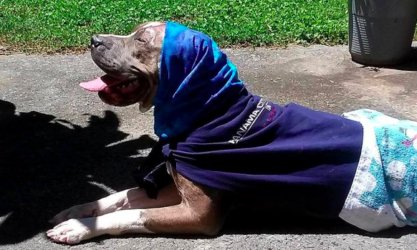 Melinda had spare fabric from making her granddaughter a princess dress, so she started experimenting, and created a babushka and cape for her.  Diamond wasn’t  too happy about sitting still for her first fitting, but the comfort she got from the fun outfits, and the great attention she got from them definitely made it worth it.

“If she had not enjoyed wearing her outfits so much, then I think it may have ended that day,” Melinda said.  “But I threw in a pair of the little kid’s sunglasses, and Diamond loved every minute of it.”

Soon, Diamond The Diva Dog was born! Her bold, personality-packed custom clothing not only helped the brave Pitbull adjust to life outside of abuse, but it also clearly made her happy, which her human companion says is the greatest reward. 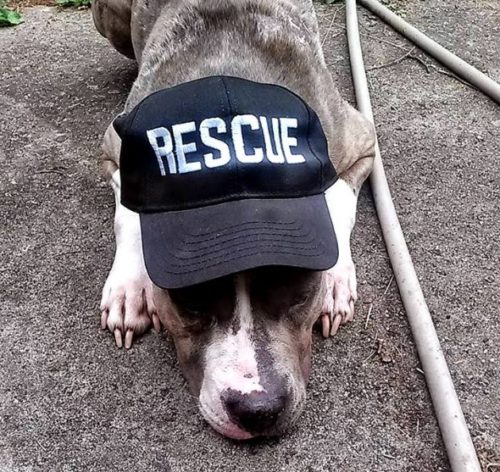 “I had been so worried about people’s perception of her – and I guess of me, as well,” Melinda said about her hesitancies; “I already had one woman ask me why I had done that abuse to her, and I sure didn’t want anyone to assume that Diamond was aggressive on account of her appearance,” Melinda explained. “Instead, people kept coming up to us to ask if they could pat her or if their children could. She became an instant favorite at the vet clinic when she came in with her Sesame Street cape on and sprawled out in the middle of the waiting room.” 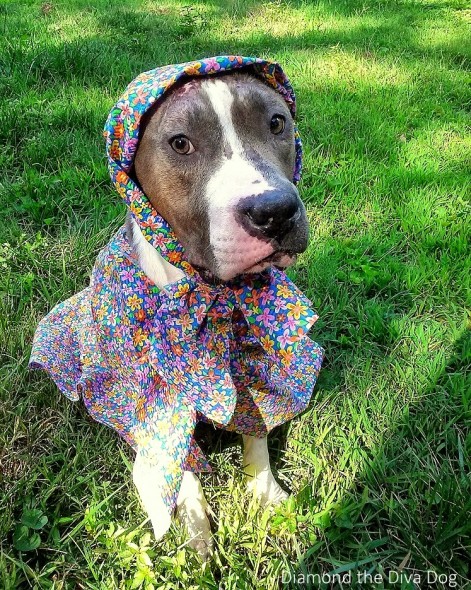 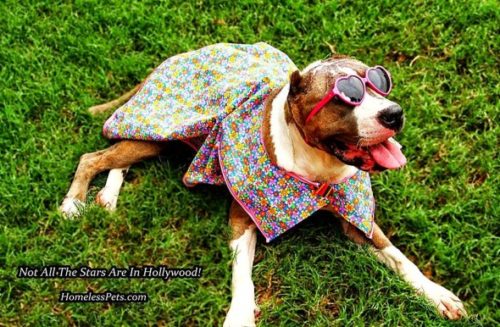 Such a sweet story – it’s incredible how a little creativity and a lot of kindness can make such a huge difference in the life of an animal. Check out all of Diamond’s outfits below! 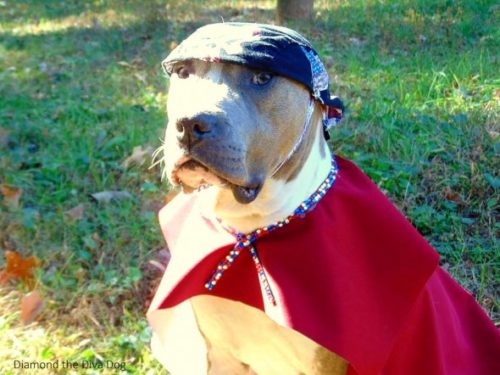 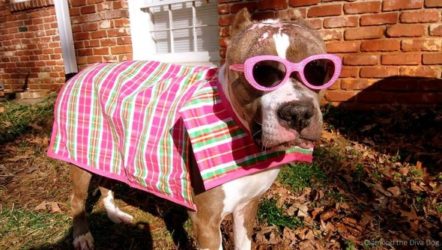 How cute is this sassy girl?