The Humane Society of the United States has shut down 13 South Korean dog meat farms with no plans of slowing down until each and every one of them is gone.

The conditions at these meat farms is heartbreaking, confining the dogs into tiny cages until they meet their demise. Given a very limited amount of food and water, they sleep in their own feces hoping that someone will save them. 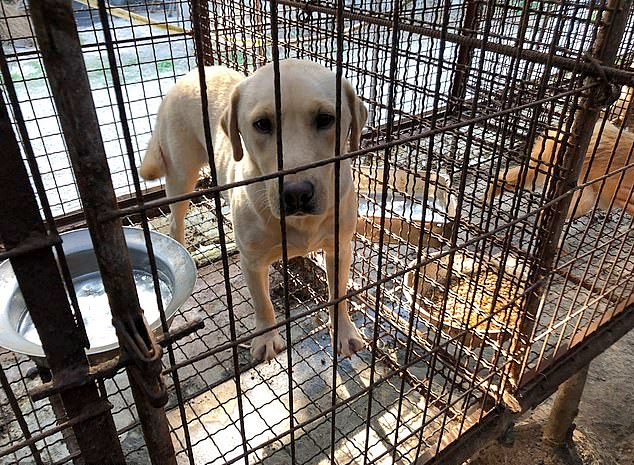 The sad part is that no dog makes it out alive. Many of the dogs get extremely ill because of their lack of care and the ones that do survive are sent off to be slaughtered. Thankfully, the Humane Society is working tirelessly to make sure all of these dogs find loving homes. 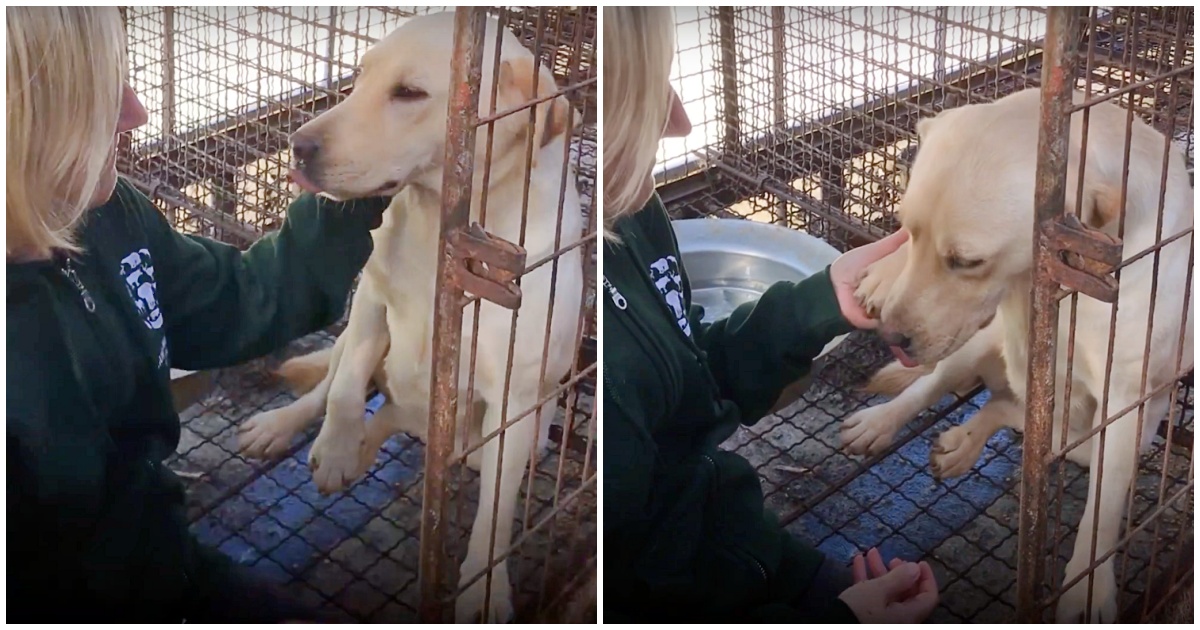 Sandie is just one of the 200+ dogs that HSUS saved from their 13th South Korean dog meat farm that they shut down. She was found living in a tiny wire cage, alone and scared.

As soon as they approached her, she lifted her paw as if she was saying ‘thank you.’ 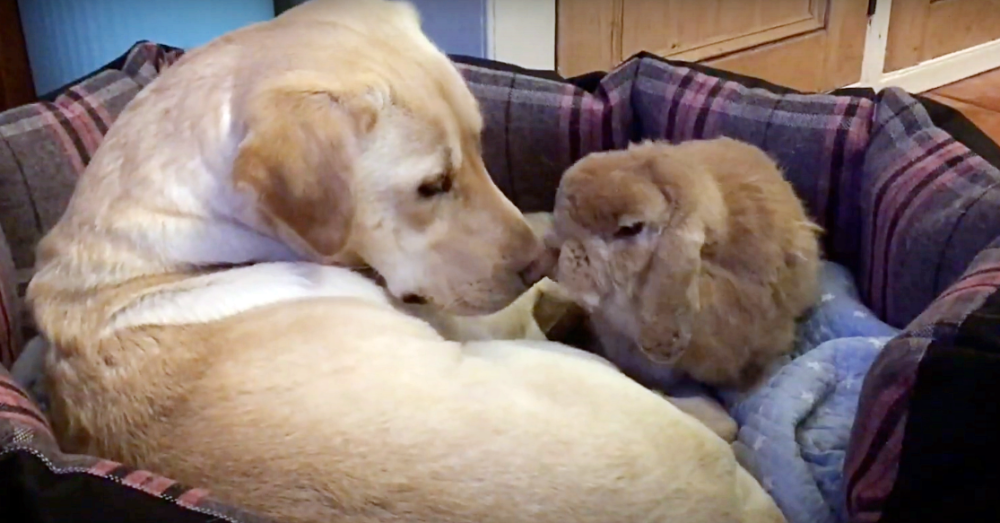 She has since been adopted by a loving family from the United Kingdom and now has two new family members to play with: A Bunny and another dog.