Anyone who doesn’t know by now just how full of intelligence, emotion, and compassion dogs are doesn’t deserve to breathe the same air as these wonderful creatures.  Daizu (Soybean) the Chihuahua was such a good big brother that he selflessly offered up a much coveted dog biscuit to calm down his crying human brother.

This dog was heartlessly discarded by a breeder, and when he was found was emaciated and being eaten by mites.  But he was taken in by a family who treated him like a prince, and he recovered.

Because of his traumatic past, some might think he’d have had a hard time adjusting to an attention-hogging baby, but Daizu was like another parent to the boy – his first friend, really. 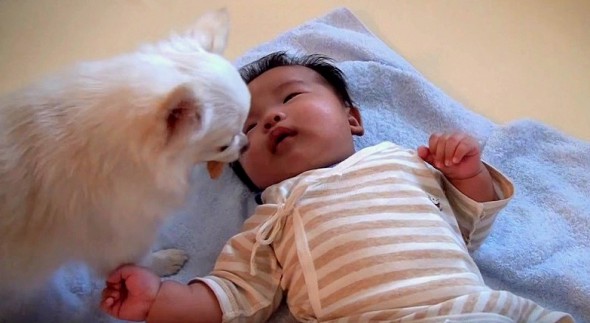 Even though the baby didn’t always understand what Daizu was doing, he never stopped trying to engage him in play.  As he got older, the boy would play tug-of-war with him, and Daizu was as gentle as ever.

Sadly, Daizu succumbed to a severe respiratory infection in October.  He was eight years old.  Because of the wonderful experiences Daizu had with this boy, it is likely that he will always love and be kind to animals. 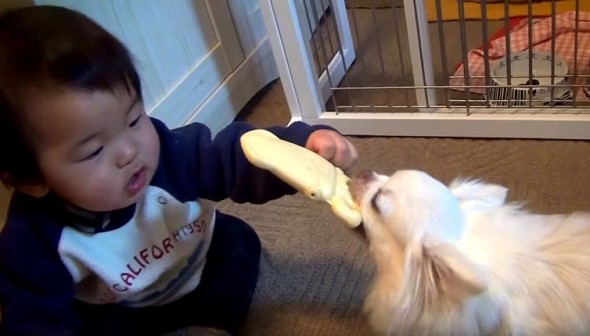