Hali, like all dogs, loves getting new treats at the store. But this good boy goes about it in a completely different way compared to others. Not many dogs get to actually go inside the store and pick out their own treats, but that’s only the very beginning. What you’re about to see this dog do is pretty crazy! 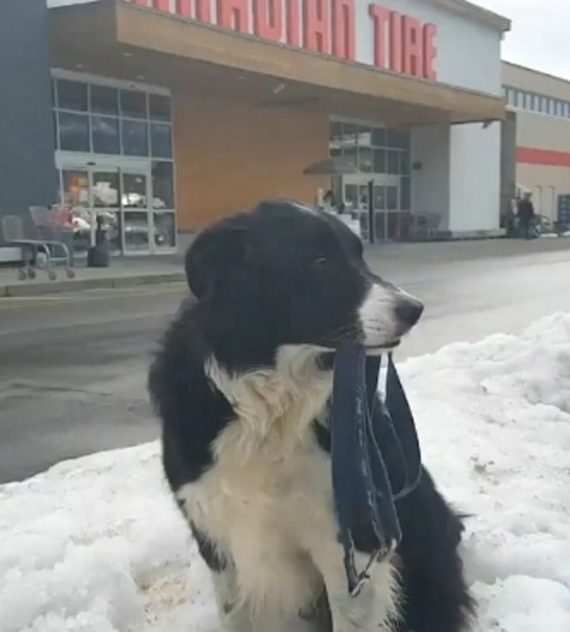 First of all, he carries his own leash as he walks alongside his owner into the store. He’s seen at the very beginning waiting patiently for his owner to catch up. 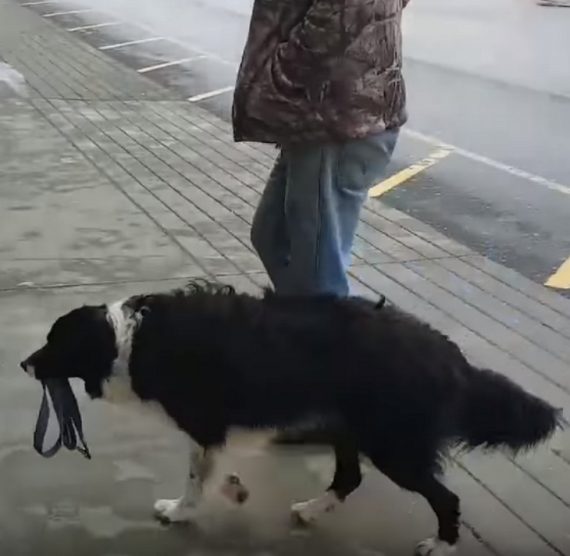 Once inside, the dog sniffs around and finds his favorite spot in the whole store: the doggy treat aisle! He does a little shopping and picks out some treats all by himself. You can hear his owner encouraging him to place them in the basket. 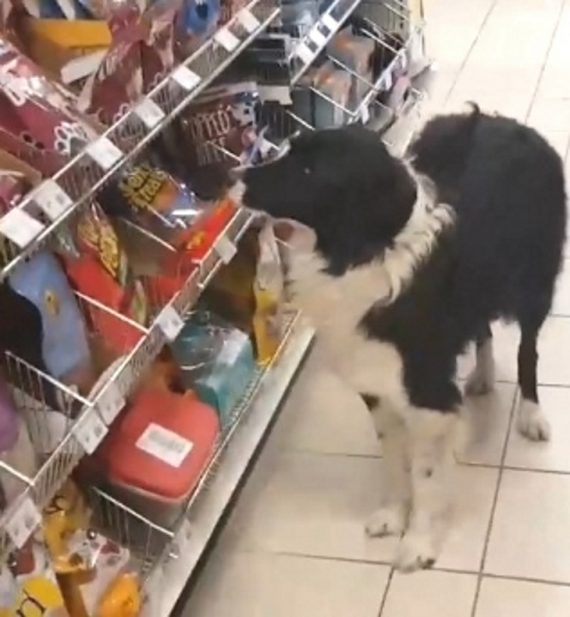 The polite pup continues to calmly look around and grab the stuff he’s really craving. But it’s the next step that really kicks it up a notch. 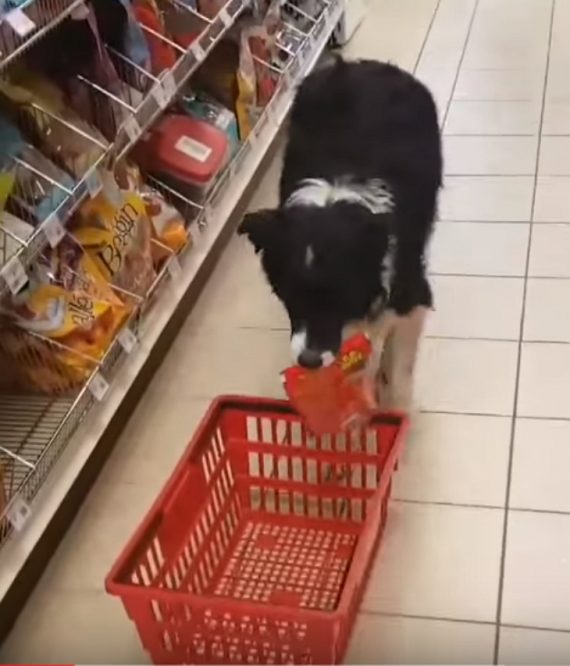 It’s time to check out. And this is where Hali really starts to look like he’s done this a few times! He approaches the cashier with a bag of treats in his mouth and sets it on the counter with his other goodies. He takes cash from dad to pay and then hands it over to the lady. 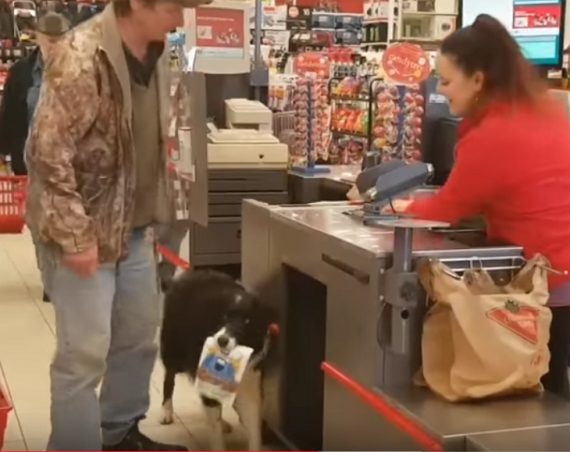 The cashier asks Hali to bow and hands him a treat for being the good customer that he is! And it doesn’t stop there — the dog then carries his own bag out of the store. Have you ever seen anything like it? Watch the video below and be amazed at this intelligent pooch. 🙂

"Hali loves to spend his hard eared cash at Canadian Tire .he picks out his own treats"credit: Rick Heglin