His rescuers can’t quite believe he’s so happy considering all he’s been through but little Wyatt has proven himself a “little warrior” after a harrowing ordeal. 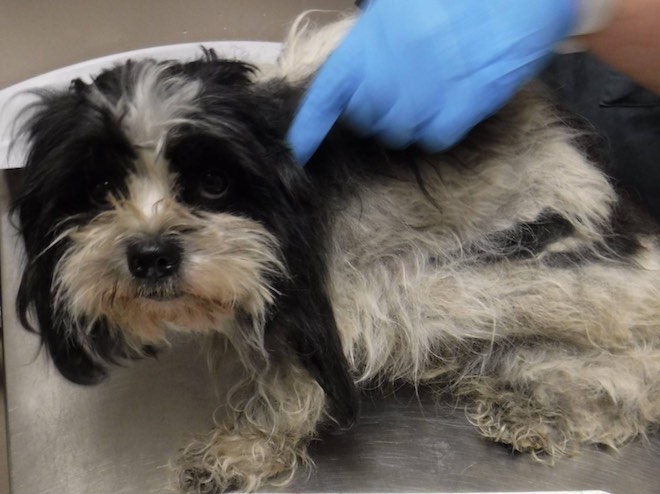 The Shih Tzu mix was found inside a garbage bag in a cardboard box left outside a Costco parking lot in Edmonton, Alberta in November and taken to the Edmonton Humane Society (EHS). He was obviously neglected suffering from mats in his fur that were so tight and severe he could not go to the washroom. 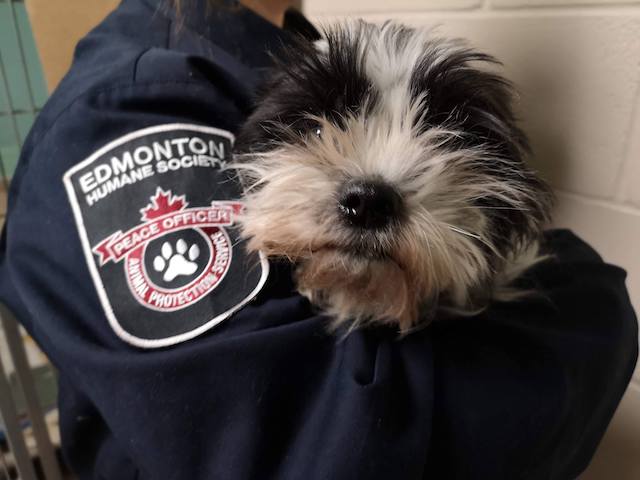 “The manner in which the dog was left and his condition upon arrival is extremely concerning,” said Peace Officer Bodnarchuk, Supervisor of Animal Protection Services at EHS in a press release. “In the entry exam, our medical team noted that his entire body was covered in dense mats tight to the skin, to the point where they were preventing him from defecating. The mats were also caked in urine and feces. Matting to this extent can cause discomfort and damage to the skin and joints, leading to pain. In addition, the staff determined he was thin and his nails overgrown.” 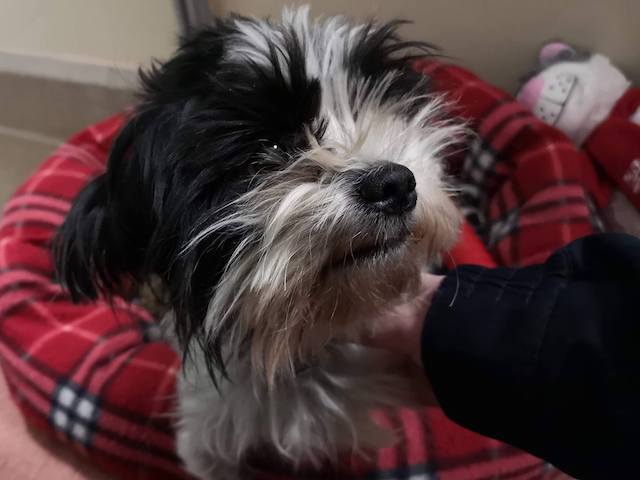 They named the dog Wyatt, meaning “Little Warrior” and put out a plea for information from the public.

Now six weeks later, the EHS let everyone know they could “not share more information on the investigation at this time” but they did share some wonderful news. Wyatt has found a home.

“A few weeks ago we shared Wyatt’s story after he was left neglected in a Costco parking lot,” they wrote on their Facebook page. “We are delighted to announce that this past weekend, our ‘little warrior’ dog went to his forever home.” 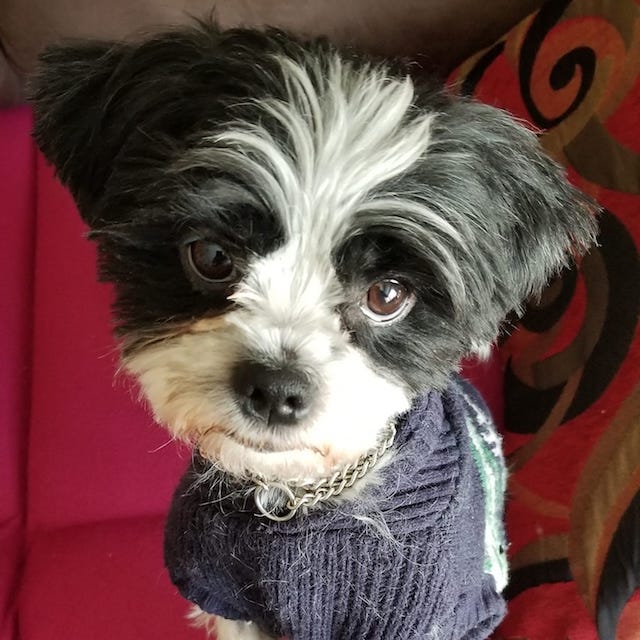 They added, “His family has now named him Gus, and said that he is playful and cuddly and that they can’t believe that he is such a happy boy considering what he’s been through.”

Thank goodness Gus has landed on his feet and in a good home.