A woman crawled across a frozen lake to rescue her beloved dog, Freddie, after he fell through the ice and became stuck.

Alice Wardill saw the woman in Connaught Water in Chingford, Essex, and began snapping photos of the rescue. 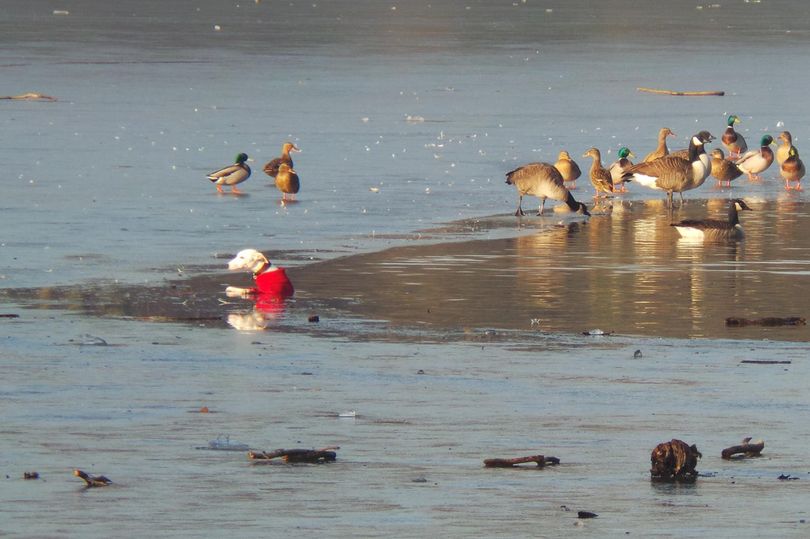 Wardill was at the lake while visiting her family when all of a sudden they heard the woman yell, “no Freddie!” 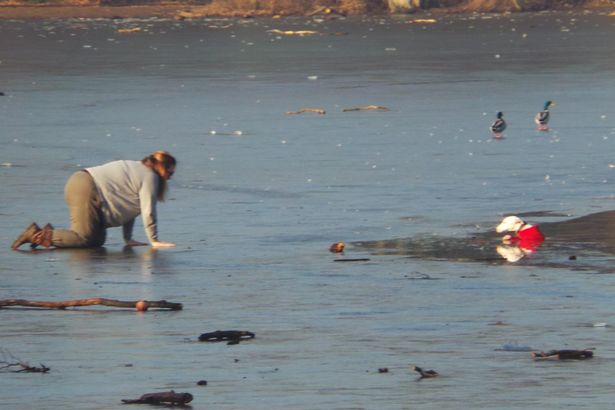 The dog ran onto the ice and fell through where it had melted. Wardill and her family didn’t think the dog would get out, but then they saw his owner crawling on the ice – first on her front and then on her knees. 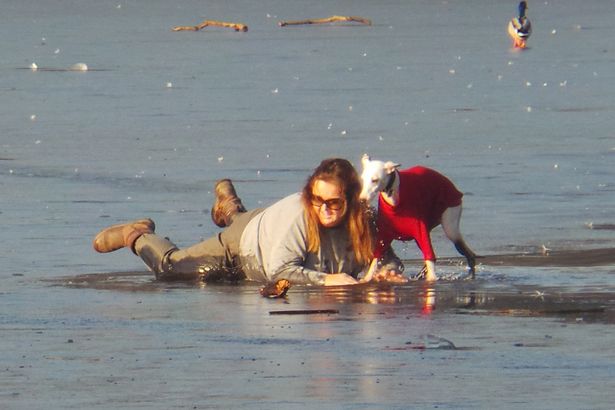 Wardill was afraid to watch because she thought the woman would fall in. 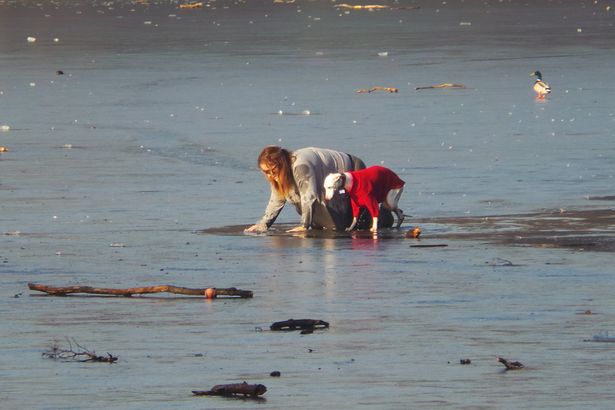 The dog was flailing around, but his owner managed to grab his collar and drag him toward her as they both crawled back to safety. 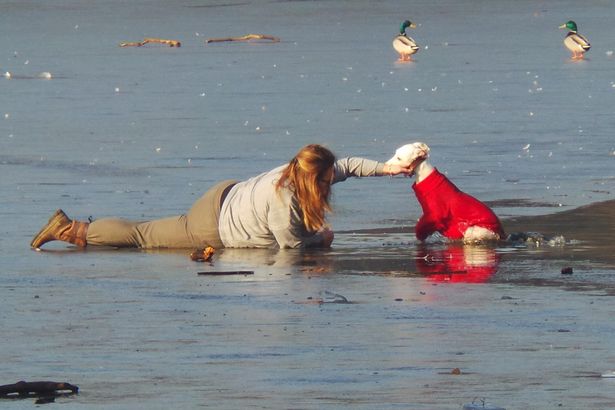 It was so cold that the dog would have died from hypothermia or from drowning if his owner hadn’t been so brave to rescue him so quickly herself. 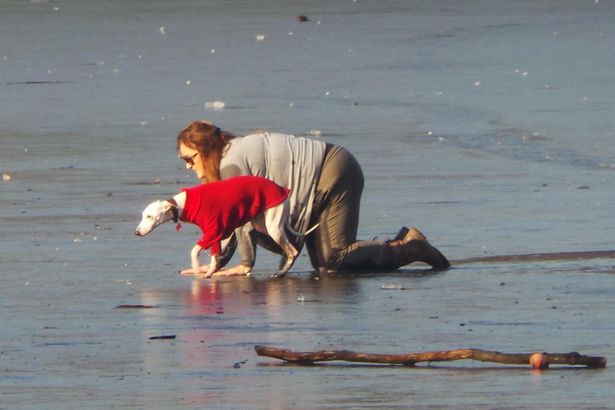 Wardill says by the time firefighters got there to help, the woman had already dried Freddie off, gotten in her car with Freddie and gone home. 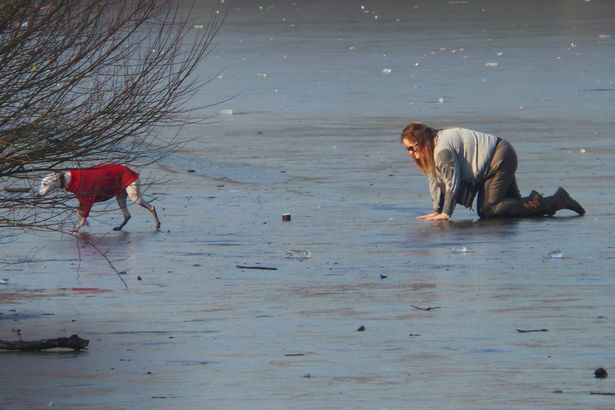