Jan. 21, 2016, could have been Misty’s last day alive, but thanks to caring individuals who found the elderly and injured dog stuffed inside a camping bag near French’s Creek Wildlife area in Columbia County, Wis., that day was not her last. 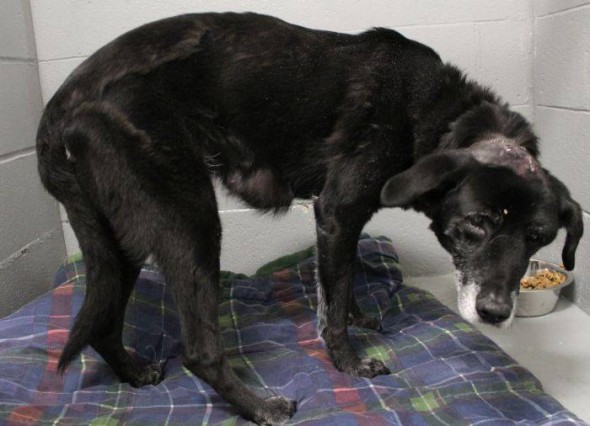 According to WKOW, police officers were called to the wildlife area after a group of people found a camping bag moving and tossing on the ground. Upon opening the bag, the concerned citizens found a malnourished elderly black lab wrapped in a blanket and with had multiple head wounds.

The dog was rushed to a veterinarian and a total of 19 stitches were needed to close the deep lesions on her head. Veterinarians said even though Misty had sustained unimaginable abuse, she would recover. Today, she is alive and thriving.

When news broke about the injured pet, 56-year-old Terri Lynn Benson came forward and identified herself as the dog’s owner. 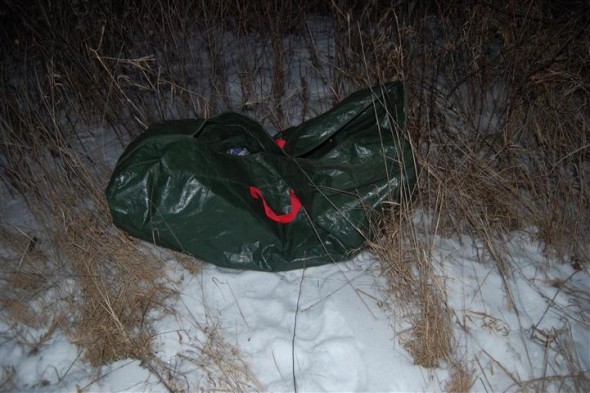 Benson told police the night before Misty was found injure in the woods she got out and came back home “acting goofy.” She was throwing up, having uncontrollable bowel movements and seizures. Not knowing what to do the woman took the dog for a ride.

“I thought she was dead,” Benson told police. “I didn’t have any money to do anything, my other half did call [Dr. Michael] Cooper about putting her down.”

The pet owner admitted disposing of the dog’s body in the woods after she believed Misty died in the car. However, authorities questioned Benson about the head injuries and she confessed using a hammer to put an end to her suffering pet. 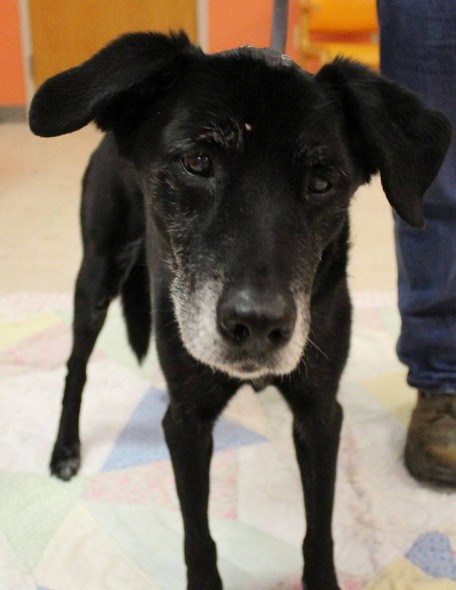 Fifty dollars would have been the cost to humanly euthanize Misty, but instead her owner placed a blanket over her head and hit her with a hammer multiple times.

Benson has been charged with mistreatment of animals, disorderly conduct use of dangerous weapon and animal abandonment. She is scheduled to appear in court next month to face her punishment.

The dog is under the care of Columbia County Humane Society and has made a remarkable recovery. People across the nation have shown their support by donating towards her care and sending gifts. The shelter has also received more than 50 requests to adopt the elderly dog. However, there are other health issues that need to be cleared before she could move into a forever home.