James Isaac is a down-to-Earth little nine-year-old boy who loves his family very much and just wants to spend as much time as possible enjoying life and living every moment as best as he can.

While James is certainly an incredible little boy who is very able in mind, body, and spirit, there are a few issues that come along with his autism. While James certainly has some hurdles in his life that require a little more focused attention to overcome than the other children, as long as he is surrounded by the love of his family and teachers, he’s sure to be able to beat anything that comes his way.

Sometimes, however, as this darling little boy continues to grow up, he’ll have to face problems on his own. And while it might be scary without his mom at first, there’s someone else in the family that will always be by James’ side no matter how hard things might get: His service dog!

As long as Mahe, his beautiful and helpful service dog remains by his side, something tells us that this little boy is going to grow up to be able to beat back what people perceive a person with autism to be.

James’ amazing mother, Michelle, said that Mahe has completely changed the whole family dynamic. Previously the family actually felt isolated at times and just found it easier to stay home, but ever since Mahe came into the picture, James can happily and safely go into the community. Mahe’s calming presence is really incredible to watch.

Please scroll down to view some of these incredible photos featuring Mahe and his human named James! 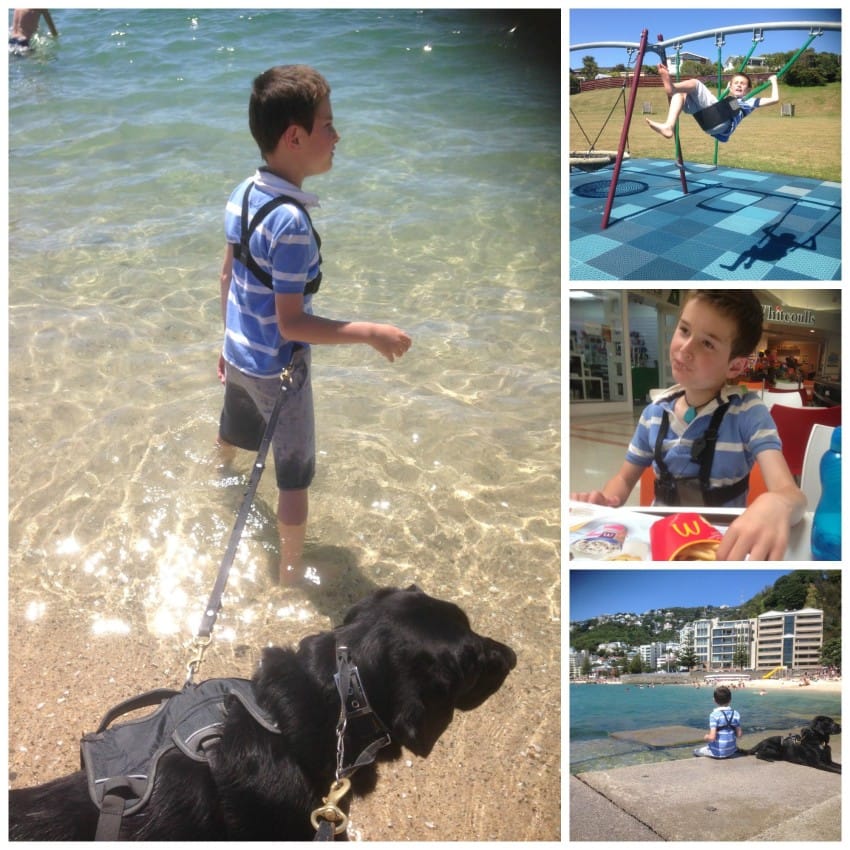 James Isaac loves to run jump and play just like all the other children his age. 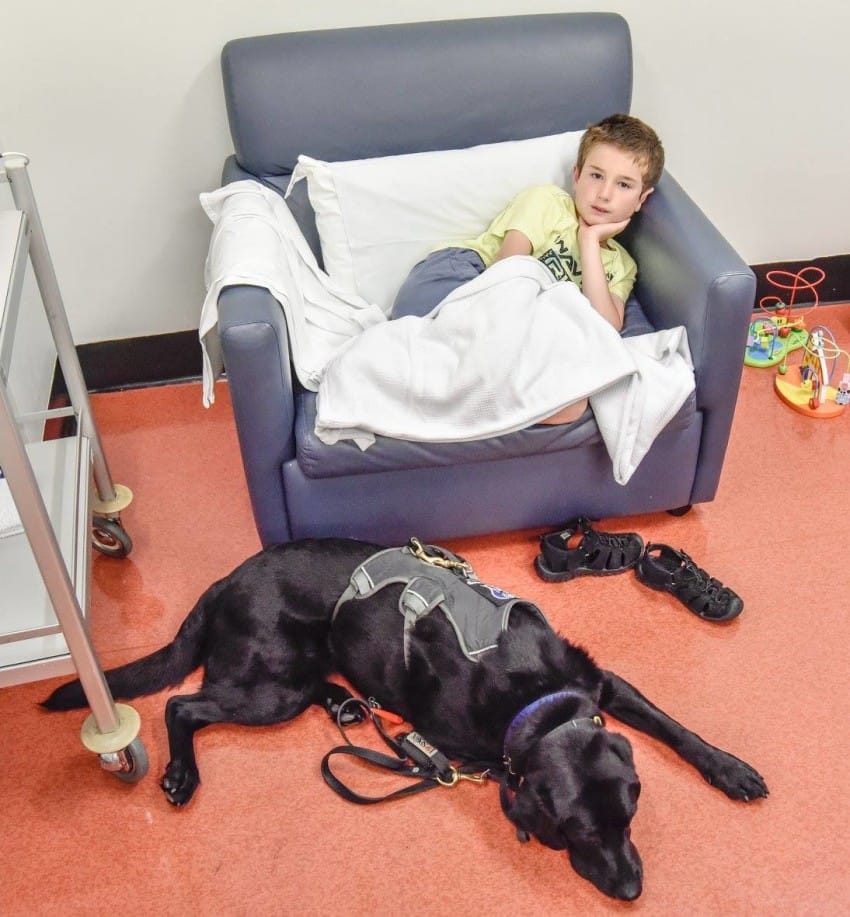 And even though he might suffer from autism, his family is doing their best to show this adorable little nine-year-old that nothing should stand in his way! 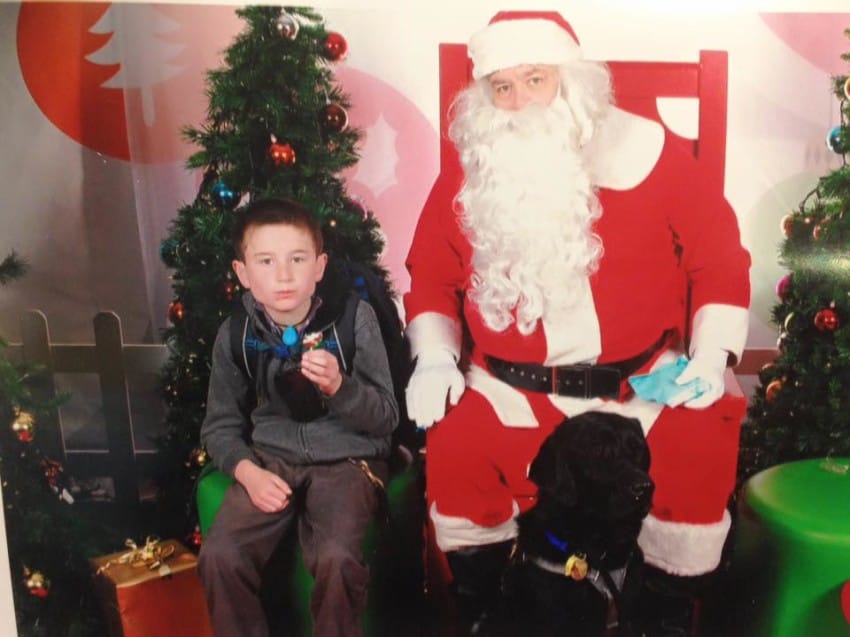 So finally, to help little James out. He was finally given a service dog to help keep him calm just in case the situation he’s in gets a little too intense! 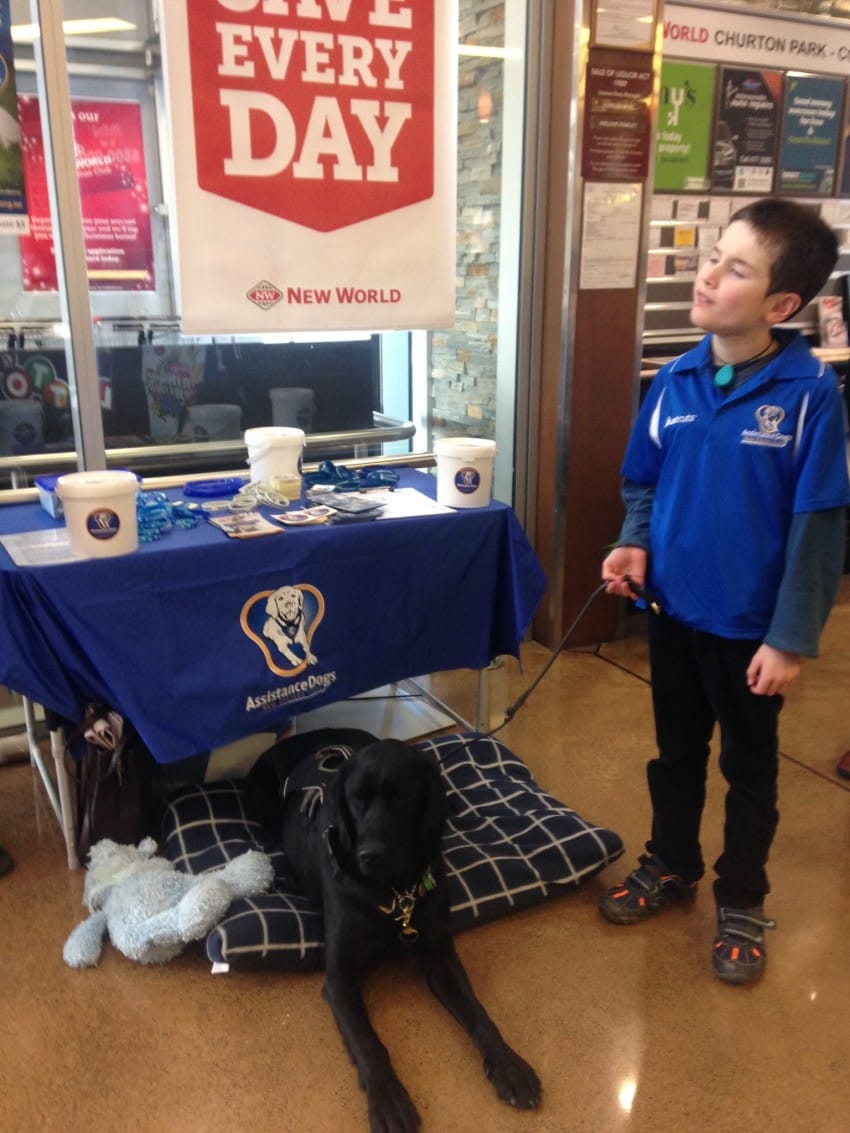 James loves his dog so much that he’s even begun to help raise money to help more people get matched with service dogs who might not otherwise be able to get one. James managed to raise over $400 for his local chapter! 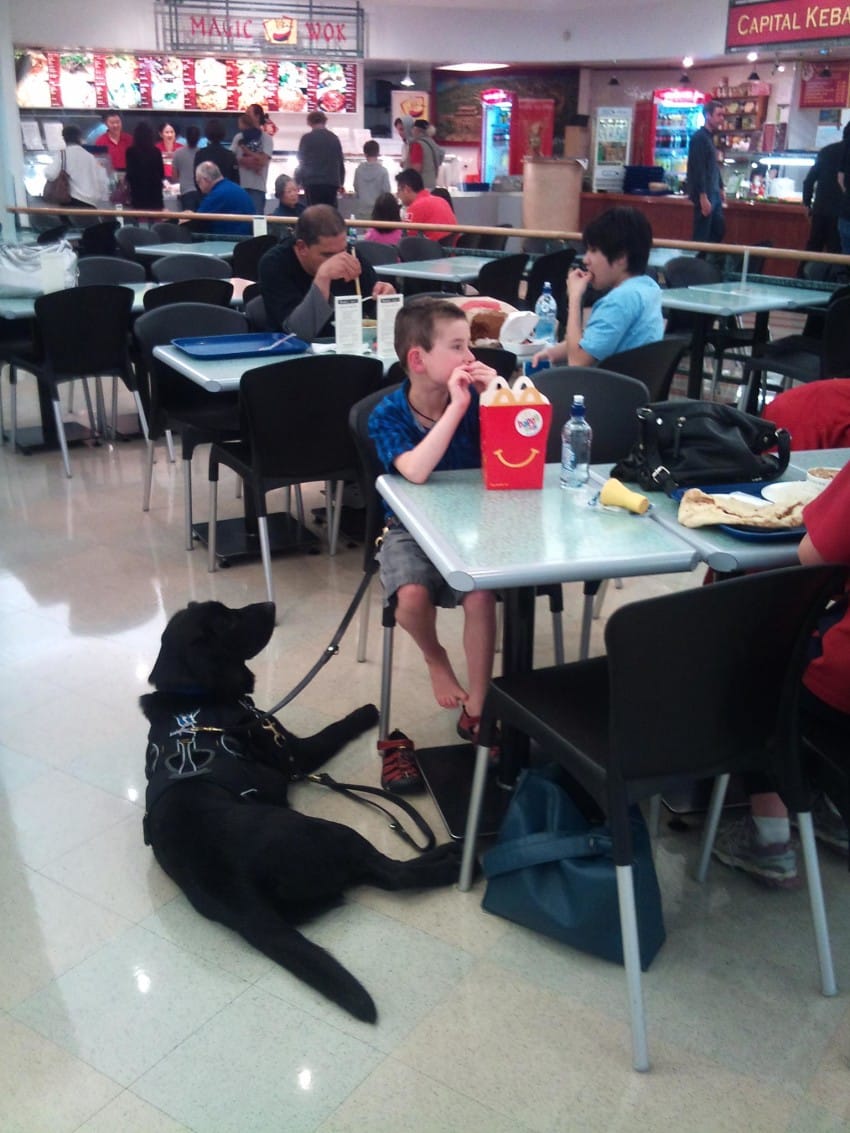 With his amazing service dog named Mahe, this little boy is able to remain calm and happy in situations that normally would have caused some problems for him and his family. In a busy and distracting food court, this darling boy remained safely tethered to the dog who would do anything to protect his human! 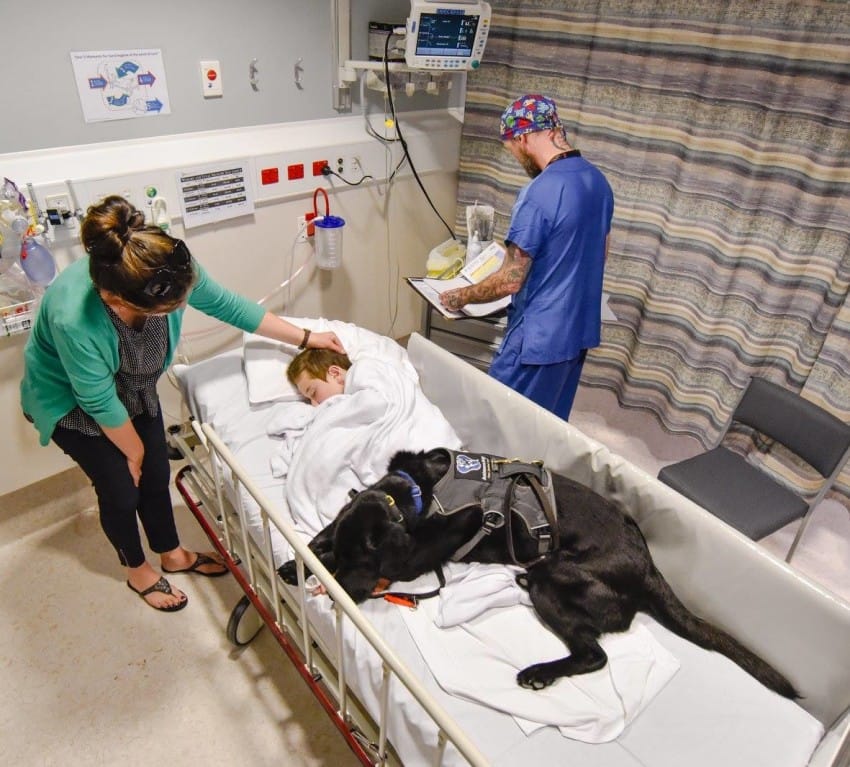 Even when James has to go to the hospital, you better believe that Mahe stays right by his side. James had to get an MRI scan, and although he was a bit nervous, the soothing effect of having a dog remain by your side would keep anyone happy. Mahe only left for a few moments when the actual machine was running. Otherwise he stayed right next to his human at all times! 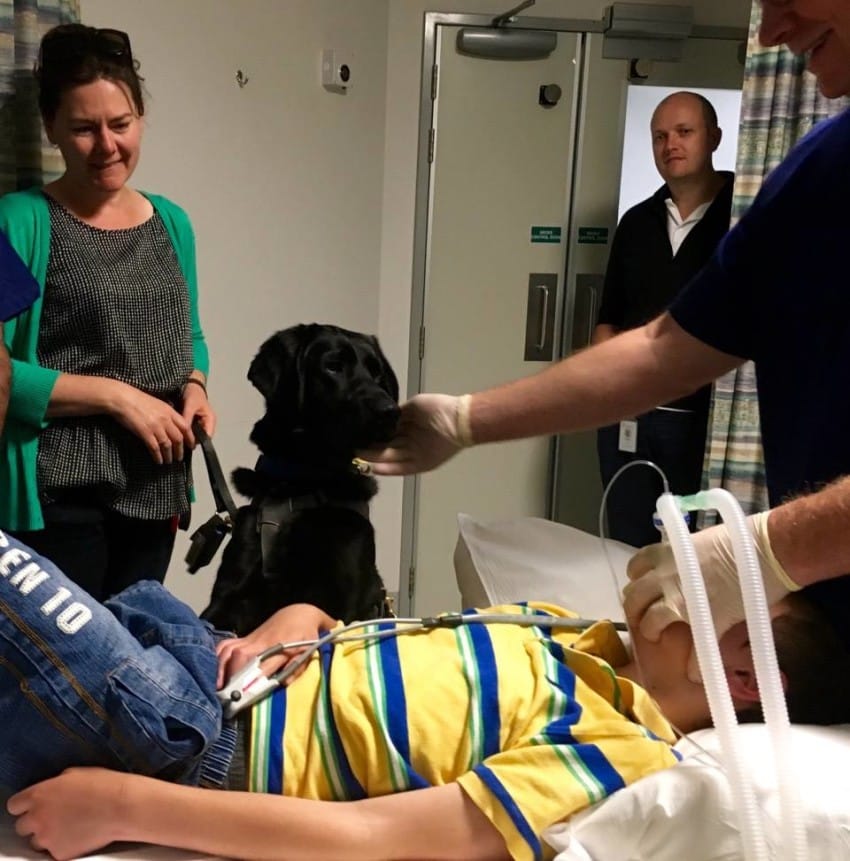 While James will have a few hurdles to overcome, having a special service dog like Mahe will certainly help him beat back society’s negative view of autism and what it means you can and can’t do. James certainly has to try a little harder than children his age, but as long as he’s surrounded by love and can love in return, he’s going to become an amazing and contributing member of society! 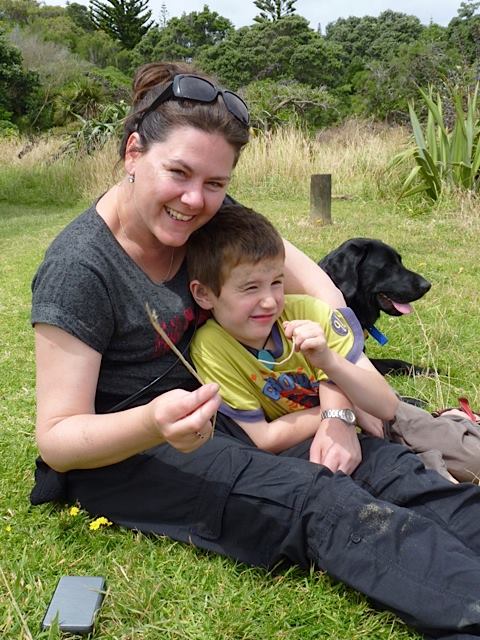 With his mom by his side to support him with the big questions in life, and his trusty dog and best friend to help him out with the little things, something tells us that little James and his family are going to be okay!