We know our feline friends love to jump onto ledges, trees, roofs and even electrical posts. Some dogs have been rescued by firefighters after getting trapped on roofs and trees, but these rescues have been just a few exceptions. A curious dog from Quito, Peru, who probably thought he was a cat, needed the help of firefighters to get off an electric post. The dog jumped off his home’s third floor balcony and got tangled in the electrical cables. 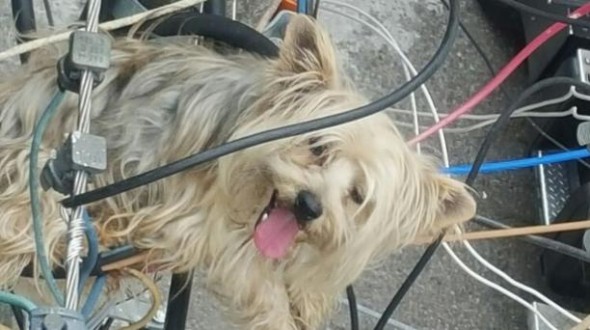 On January 6, 2016, a Yorkshire terrier named Cafú  was probably going through an identity crisis when he jumped off a balcony and landed on electric cables. Lucky for him, the pet’s owners saw what the dog had done and called authorities immediately. They were smart enough and did not try to their own rescue. 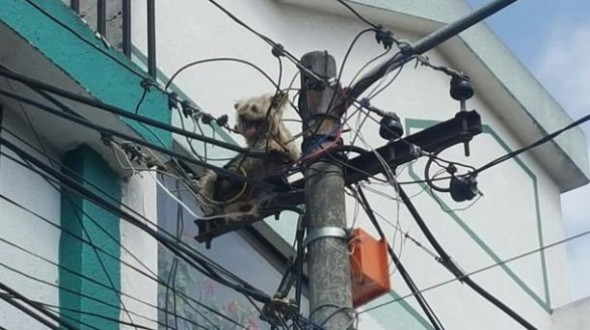 Cafú’s owners feared the dog would get electrocuted or fall off the post and suffer a fatal fall. Thankfully, Quito’s local fire rescue unit rushed to the home and helped the curious dog get off the dangerous cables he was resting on. 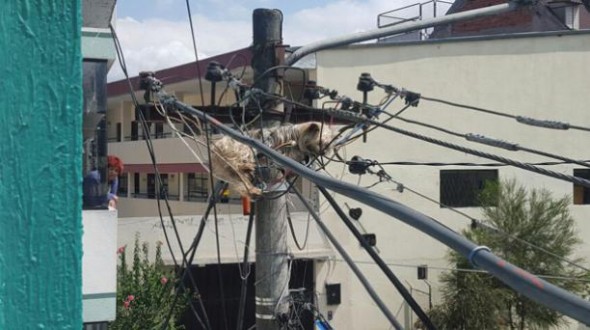 According to El Comercio, a firefighters carefully maneuvered his way to the dog using a bucket truck. Two other firefighters walked the balcony’s ledge to reach the dog and other rescuers on ground level used sheets as safety mats to catch the dog in the event the pet would fall off the post. Luckily, the dog was untangled from the live electric wires, handed off to one of the rescuers on the balcony and then returned to his owners.

No one knows for sure what Cafú was thinking that morning, but everyone is glad he was rescued safely. The troubled dog is no longer allowed on the balcony alone.