When a small, tan dog was spotted on the ice along the Detroit River, no one knew it would be the start of not only a lengthy rescue effort, but ugly divisions and controversy in the local community.

Along the US and Canadian border, the small pup, named “Miracle” by his rescuers, fought for survival for four long days, sometimes falling into the water and desperately climbing back onto floating ice. Organizations, both public and private, Canadian and American, rallied with the community to save the dog. The US Coast Guard sent a rescue boat to Miracle, but they were unable to get to him. To make things worse, the wake from their boat sent him once again plunging into the icy waters. A coyote began to circle the area as well, waiting for his own chance to get at the injured dog.

Fortunately, that chance never came. Ultimately, Jude Mead Jr. and his father, owners of J & J Marine in Windsor, MI, were able to get to the dog and get him on board. Everyone was able to breathe a sigh of relief, and vets on site sprang into action. “It definitely wasn’t his time… he’s a miracle walking,” said Dr. Lucretia Greear, owner of Woodhaven Animal Hospital. “I just know there’s a lot of people out there worried about this guy,” she continued in an interview with WXYZ. 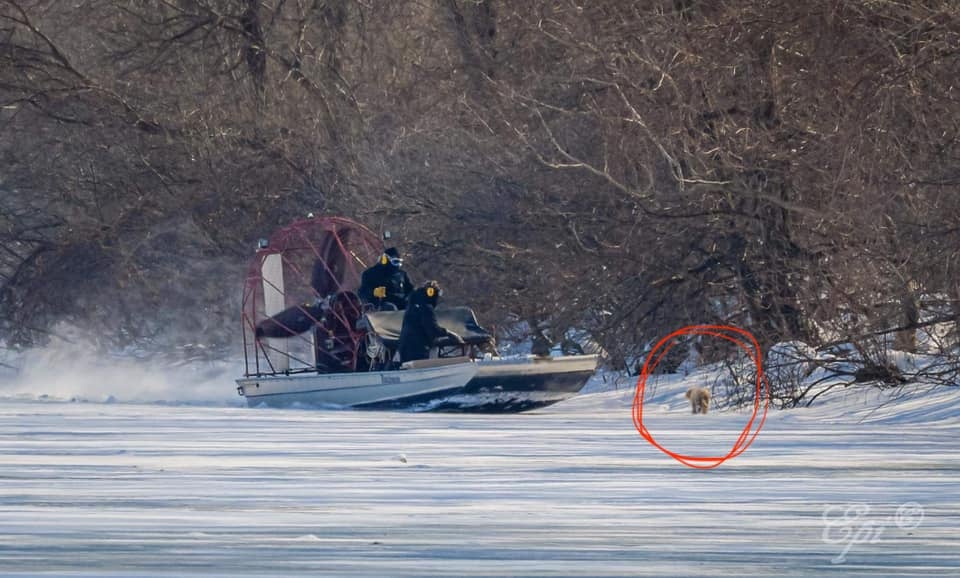 Dr. Greear was more right than she could have known — shortly after the pup’s rescue, Woodhaven Animal Hospital began receiving hundreds of calls from those interested in Miracle. Some wanted to adopt him, others claimed they owned him. Bafflingly, many calls took on a combative and threatening tone. Nurses and doctors were receiving death threats and ominous messages that they were going to take Miracle from the hospital — by force, if necessary.

Due to the injuries he sustained on the ice, it’s still not safe for him to be outside. Speaking again with WXYZ, Greear confirmed that staff was “not letting him go outside yet just because he was outside for so long.” 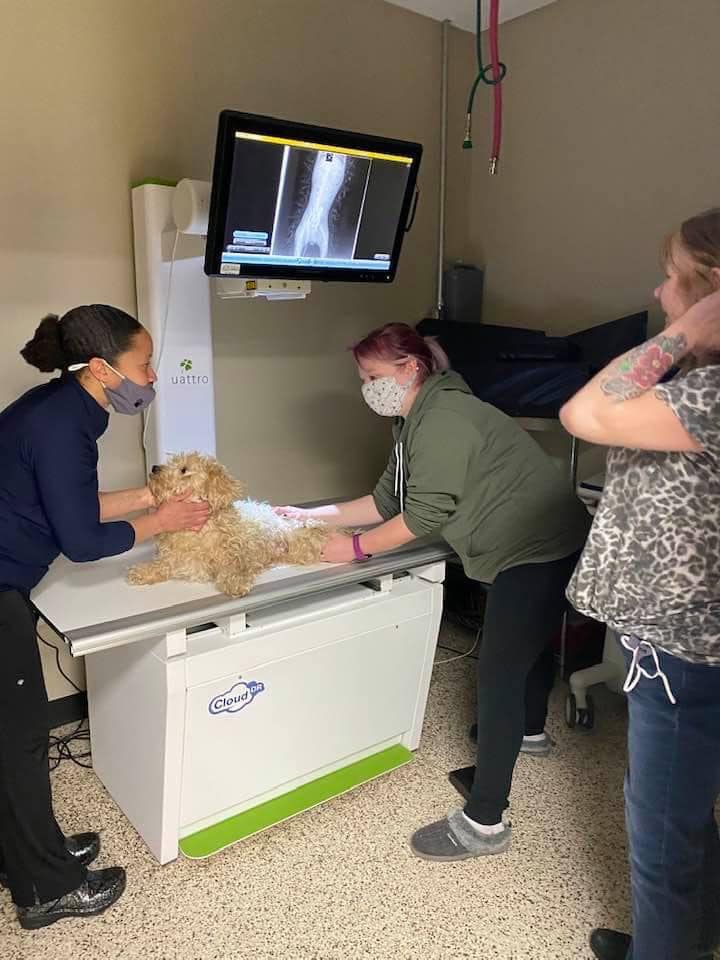 Patricia Trevino, working with the River Rouge Animal Shelter, was on-site daily and working with rescuers over the four days that Miracle was on the ice. She called Miracle’s rescue “an amazing story of survival” in an interview with WDIV-TV. Trevino held Miracle only moments after his rescue, but shortly after news spread of her involvement, she too began receiving a flood of messages and hate from numerous accounts on Facebook.

“Bravo to the heroes,” she wrote in a Facebook post. “I’ll always be grateful to those who understood that the life of a little dog mattered, and who worked together to save him.” She also condemned “people who invent stories and spread gossip” about the situation. 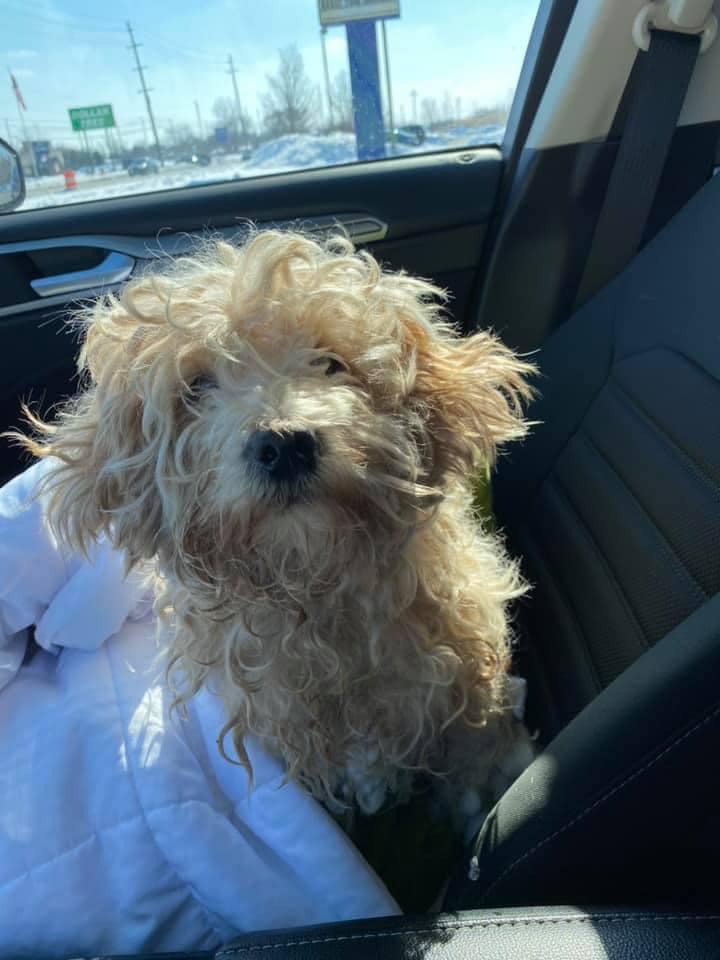 Finally, Miracle’s owner was found — though the community uproar was far from finished. Miracle’s owner, who refused to give his full name to reporters, explained that Miracle was part of a litter from two of his dogs and given to a cousin and her family on Valentine’s Day. Shortly after being given over, Miracle ran from his new owners and became trapped on the ice. 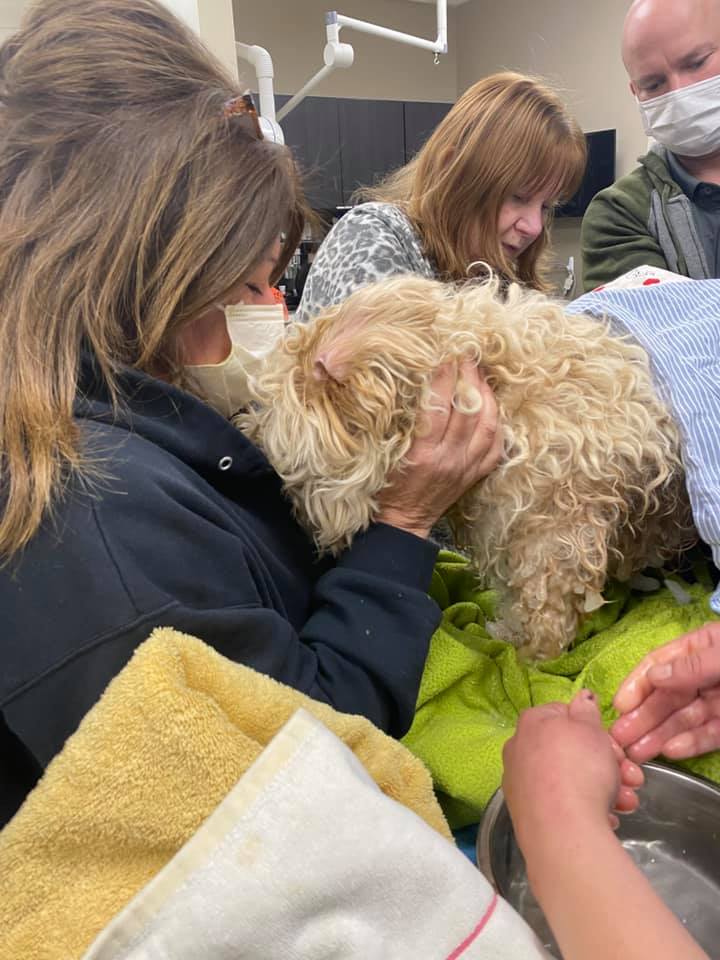 Miracle’s owner confessed that he had not fully vaccinated any of the dogs that he owns, nor registered them with the county. His girlfriend explained to WXYZ that neither she nor Miracle’s owner “think the rabies shot is necessary,” as “they’re not around any wild animals or, you know, anything like that.” Miracle, of course, narrowly survived an encounter with a coyote — highlighting the importance of following medical advice from trained professionals, who recommend (and, in Michigan, require) vaccinations against rabies starting at twelve weeks.

Fortunately, Miracle is now in capable hands and is receiving the medical treatment that he needs as he starts the long road to recovery. His paws, previously frostbitten and scratched, are healing nicely, and his matted coat has been trimmed and cared for. 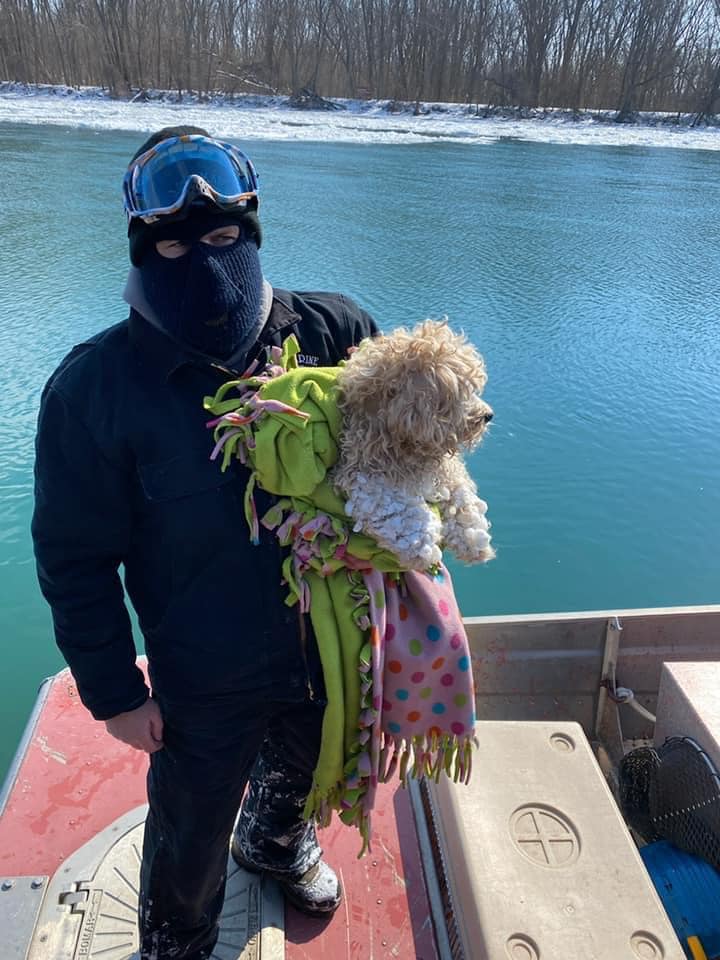 Animal Resource Funding Foundation, a Michigan-based nonprofit, has generously stepped in to cover his medical costs. Watch the interview with Dr. Greear, below!