A 12-year-old dog with skin allergies was rescued from a puppy mill where she’d spent her entire life in a wire cage. As long as she could produce puppies, that’s all they cared about. Thankfully, she’s now able to leave that life behind and get the care she desperately needs. 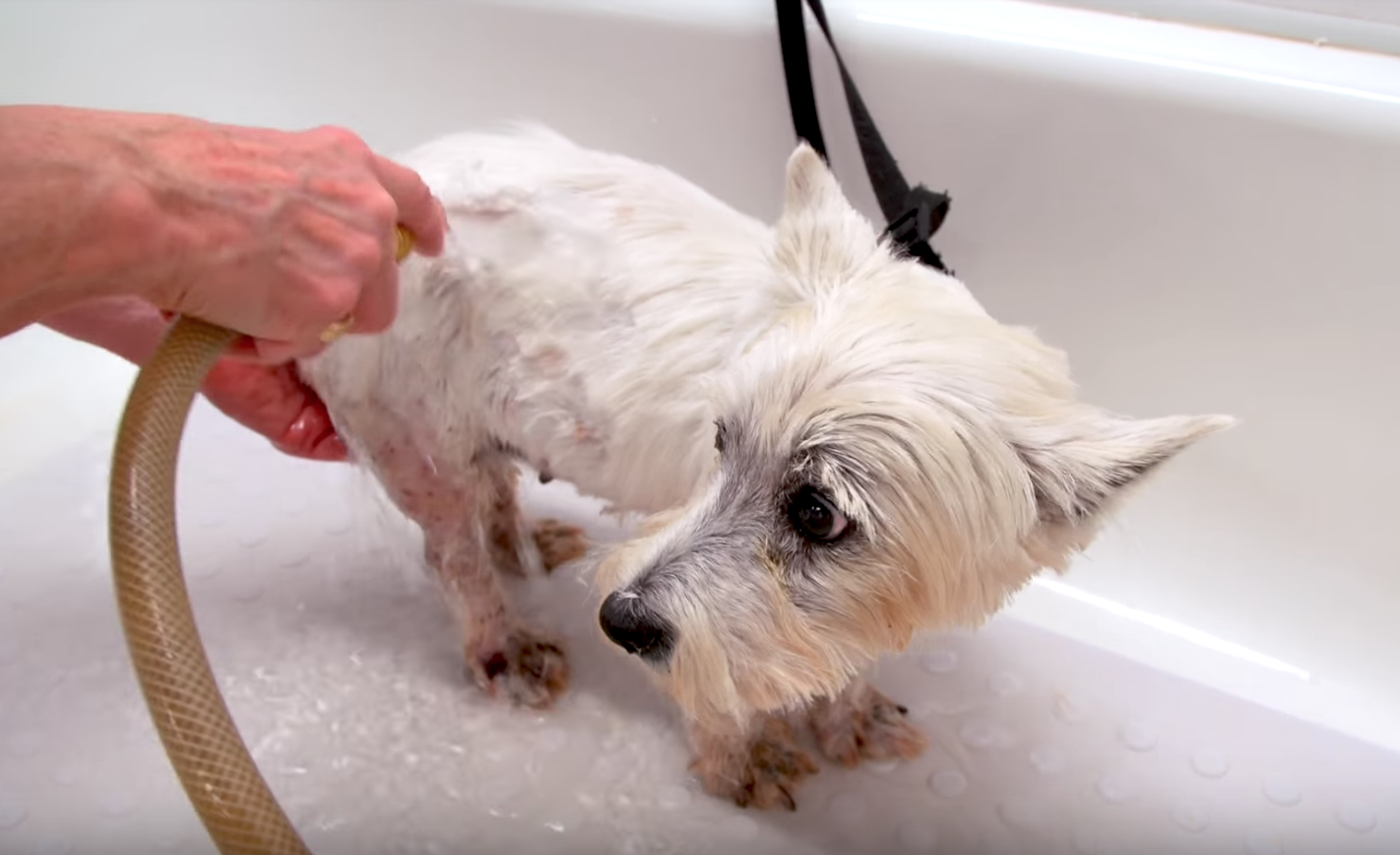 She was taken in to be seen by Dr. Jeff of Rocky Mountain Vet. They started off by giving her a bath, and as they cleaned her, sores were revealed all over her body. They had to be careful when drying her, so they placed her in a cage in front of a blow dryer rather than using towels. 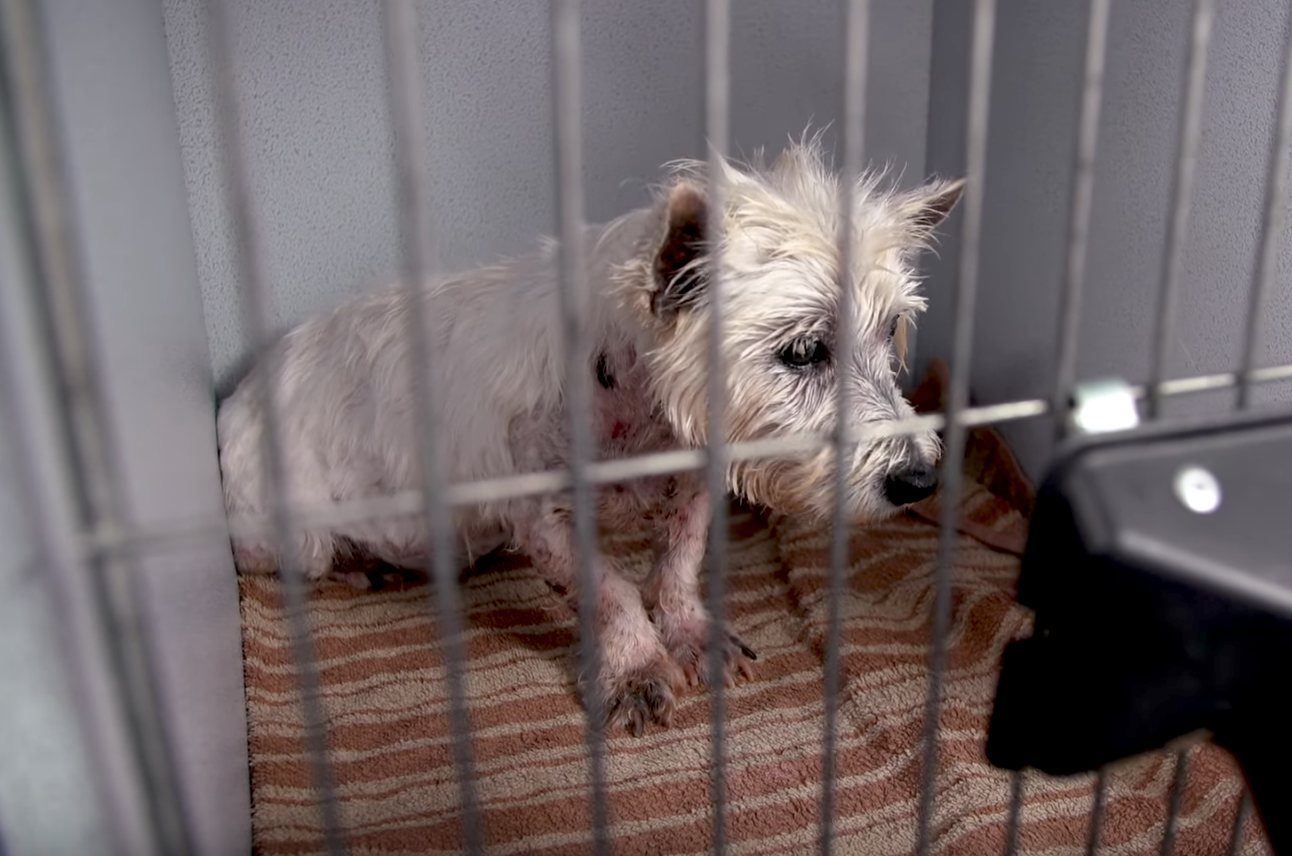 It was time for Dr. Jeff to look her over and determine the severity of her wounds. Lily’s belly and feet were pretty torn up, but the cuts didn’t look like bite marks. They concluded this was from the 11 years or so she’d spent in a wire cage. 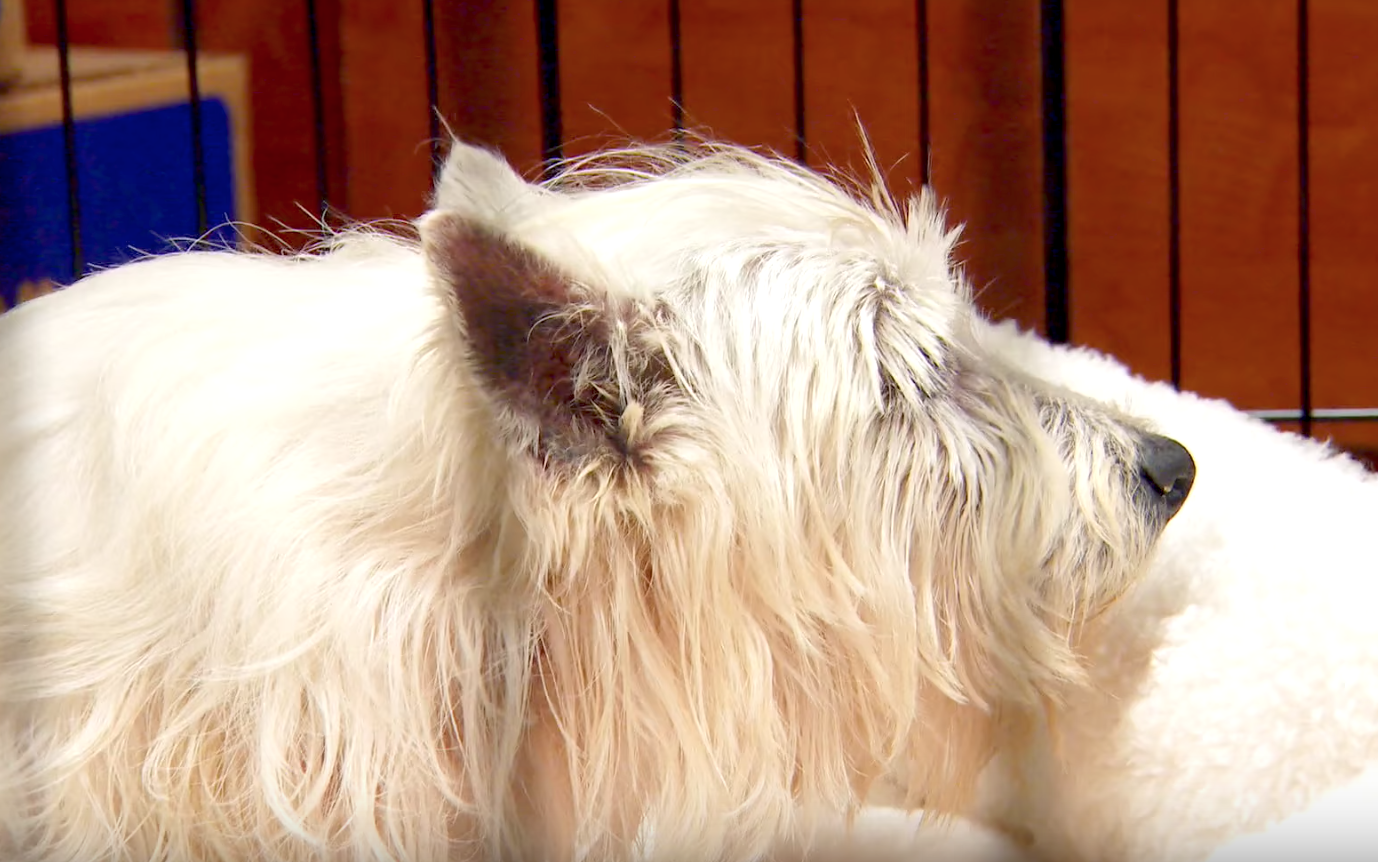 It’s a shame that this was the life she’d always known, but 12 years later it’s over. Better late than never. Lily is taken to a spot and shown her very first bed. It’s a heart wrenching moment to realize she’d never seen anything like it in her life. She’s hesitant and doesn’t know what to do with it at first, but she finally lies down.