After having to flee the violence in their home of Aleppo, Syria AND having to leave their dog Fox behind, it’s no surprise that this refugee family was very worried. They really didn’t feel whole without Fox, but thanks to some really awesome people from SPCA International, Fox was rescued from Aleppo, and reunited with his family. 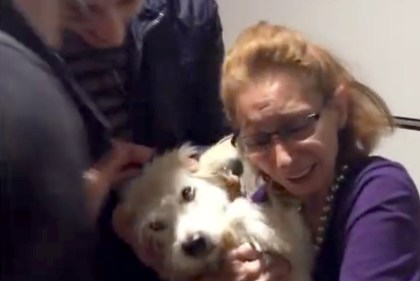 Back in 2015, the family’s house was hit by a missile during some fighting that broke out in the heavily contested area. They had to flee, and in a hurry. They just weren’t going to be allowed to bring Fox with them. They packed up what little was left and were off to Montreal, Quebec. When there, the young son in the family wrote to SPCA International to tell them about Fox, and see if there was any way they could help.

He sent the following in an email:

“I left Syria urgently with my mom and my brother, but we left our lovely dog, Fox, in Aleppo, Syria. We left him with our dad in a very dangerous area named Syrian El-Jadideh. Please help us bring our Fox [to Montreal]. Mom [is] always crying. She is extremely worried about Fox.” 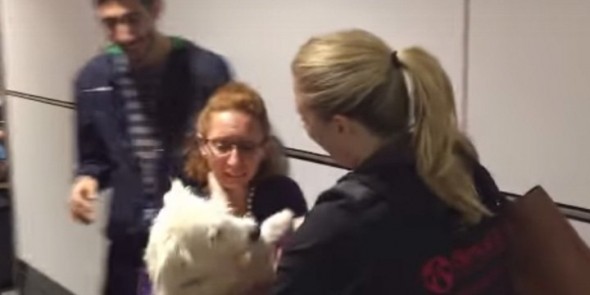 The amazing people at SPCA International were able to find Fox, believe it or not, not far from where the family home was.  Once they were sure that they actually had him, the long and arduous journey home began.  It would be a very difficult trip out of Syria to Damascus, Turkey.  Once there, he took a car to Lebanon, and then finally to Germany.  Fox was put on a plane from there to Canada, where he was reunited with his family.