If you are looking for a rough, tough Pit Bull type dog to protect your property and frighten away intruders, Helena is definitely not your girl.

She was adopted from LifeLine Animal Project‘s Fulton County Animal Services shelter in October, but returned this week because she is just “too nice”. 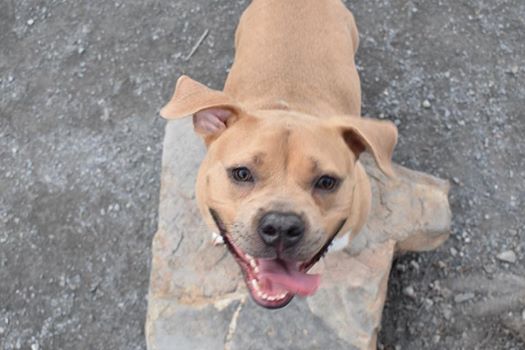 “Yes, she really was returned for being too nice,” LifeLine Animal Project spokesperson Karen Hirsch told TODAY. “It was obvious the gentleman was looking for a guard/protection dog. He also suggested she be adopted by a woman ‘because they are more into that petting stuff.’” 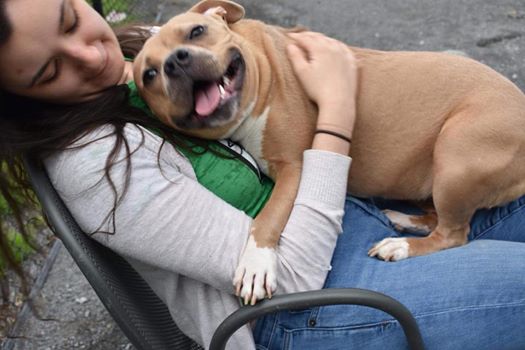 Helena first arrived at the Fulton County shelter last summer as a malnourished stray. Hirsch does not know what made her first adopter think Helena would make a good guard dog, but suspects it had something to do with her blocky head and muscular body.

“People judge dogs based on their appearances way too often,” Hirsch said. “You cannot judge a book by its cover!” 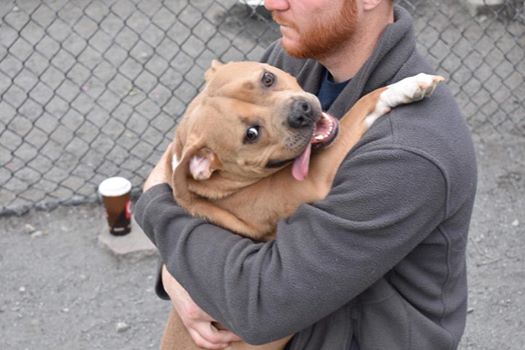 Helena is what those in the biz describe as a “Velcro dog,” meaning she just wants to be attached to her beloved humans at all times. Even as she was being returned to the shelter, “she just sat on a staff member’s feet thunking her tail on the floor,” Hirsch said. “She just wants attention. If you stop petting her, she will request you continue.” 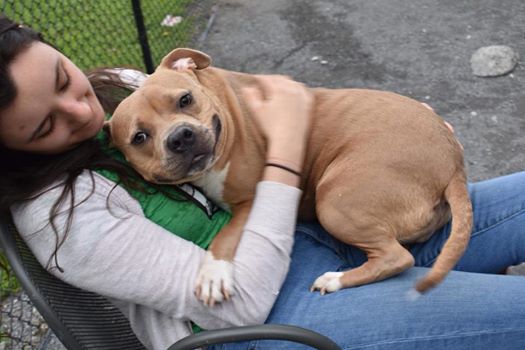 What started out as another sad story of a misunderstood shelter dog now has a wonderful happy ending! The tale of Helena’s return to the shelter hit the internet on March 6 and by the following evening LifeLine Animal Services had announced via Facebook that she found a new home!

“Nice guys (dogs) don’t always finish last,” the post reads. “Helena, the snuggliest pup in the ATL, who was returned to our Fulton County Animal Services location after she was “too nice” has found a home who’s just as nice as she is!” 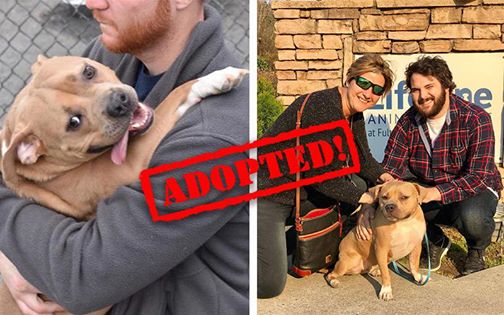 We are looking forward to updates and more photos of Helena and her new, loving family in the near future. Until then, good luck and best wishes to this sweet girl and her lucky new humans!