Murphy, a Golden Retriever from Waterbury, Vermont, spent 18 months on the run after being involved in a car accident, thankfully, thanks to his owner, friends and many caring strangers, the dog reunited with Ed Hamel, his owner, 559 days after the accident. 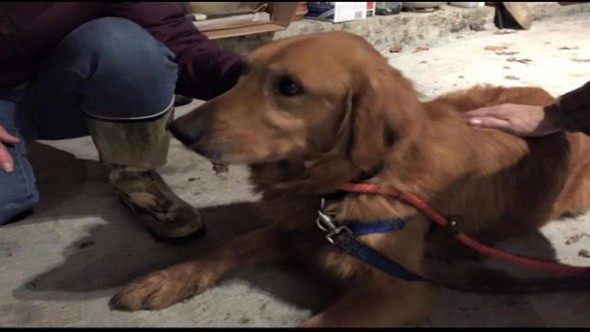 The dog was in a car with Hamel’s granddaughter when the accident took place, and when the car’s door was opened, Murphy took off running because he was so scared.

According to WCAX News Hamel’s granddaughter and some friends tried getting a hold of the pet by chasing him, but this just made matters worse.

When the community learned about the spooked dog many tried capturing the dog. More than once Hamel received tips on when Murphy was last seen, but every time he came face to face with the dog and called out his name, the pet who was on survival mode would just run away.

“We saw him once down in Waterbury across from Shaws. One day he was sleeping down there next to an excavator — just sleeping in the sun at noon one day. I walked up, spoke his name, and he just ran away,” Hamel said. 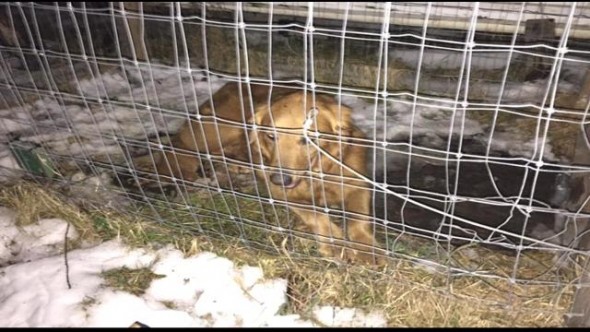 Wilson Ring lived in the area and had never met Hamel or his dog before but when he learned about the elusive pet and found Murphy in a field behind his house, he stepped up to help. Ring constructed a humane trap and left food for the dog every night. Murphy was once trapped in there but the scared dog chewed his way out of the trap.

Not giving up on rescuing the pet, Ring came up with a foolproof trap and on Jan. 9, 2016 Murphy was finally caught.

“We had an electric eye to trigger the trap that was run with a battery and a magnet, and as soon as he cut it, the magnet let go and the gate fell,” said Ring. “That’s how we got him.”

Murphy was found in overall good health but needed grooming. The caring community raised $600 towards the dog’s needs.

“Just amazing how well people have responded. I couldn’t have asked for nicer people to be involved, especially since I knew none of them when I started,” said Hamel.

Murphy is back home where he belongs and is back to his old usual self. Hamel says that the dog acts as if he had never been away from home, not even for one day.