Last weekend a dog from Cusco, Peru, heard his owners say “bath time” and that was enough to send her running. The white and black pooch named Bombón hates baths so much she thought it was better off getting stuck in between two walls than getting clean. Firefighters were called to her rescue and unfortunately for the escape artist she got the dreaded bath after all 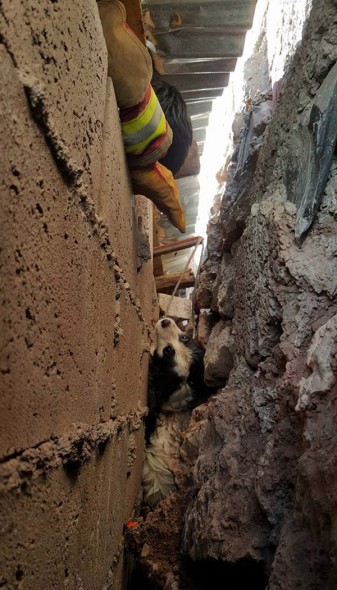 According to responding firefighters, when the bath-hating dog took off running she found herself trapped inside four walls of her house. She attempted any escape route she could find and the only one available left her trapped between the outside walls of her home and her neighbors. 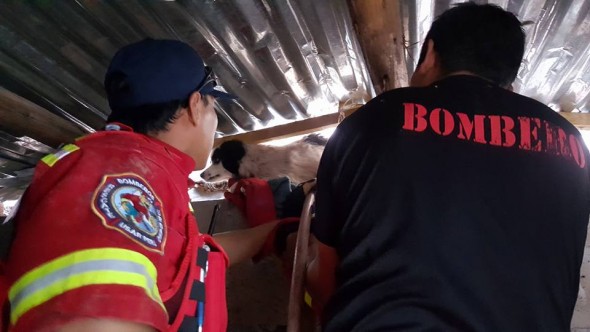 After realizing the pet needed the help of professional rescuers her owners called their local firefighters. The service men did not hesitate to visit the home and save her. 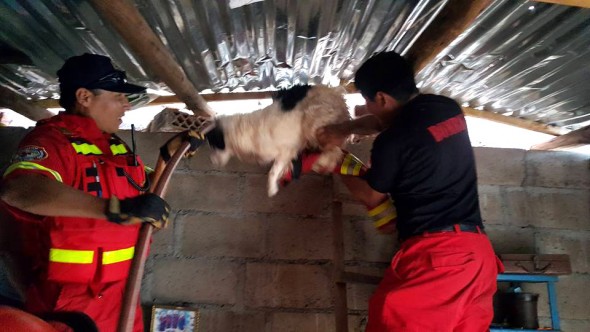 With the use of ropes rescuers were able to secure Bombón and slowly hoist her back to safety. Once back inside the house she was examined and fortunately did not suffer any injuries. 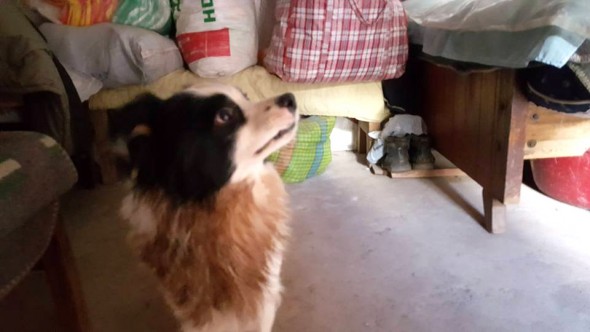 Even though the dog was glad to be out of the hole she fell in she was not happy about what was coming next – a bath.