Hope For Paws received a call about a dog who’d been hit by a car and was walking around on a badly broken leg. When they arrived they could tell he was in immense pain. But they had to be careful because they knew that even on just three legs he’d be faster than them. 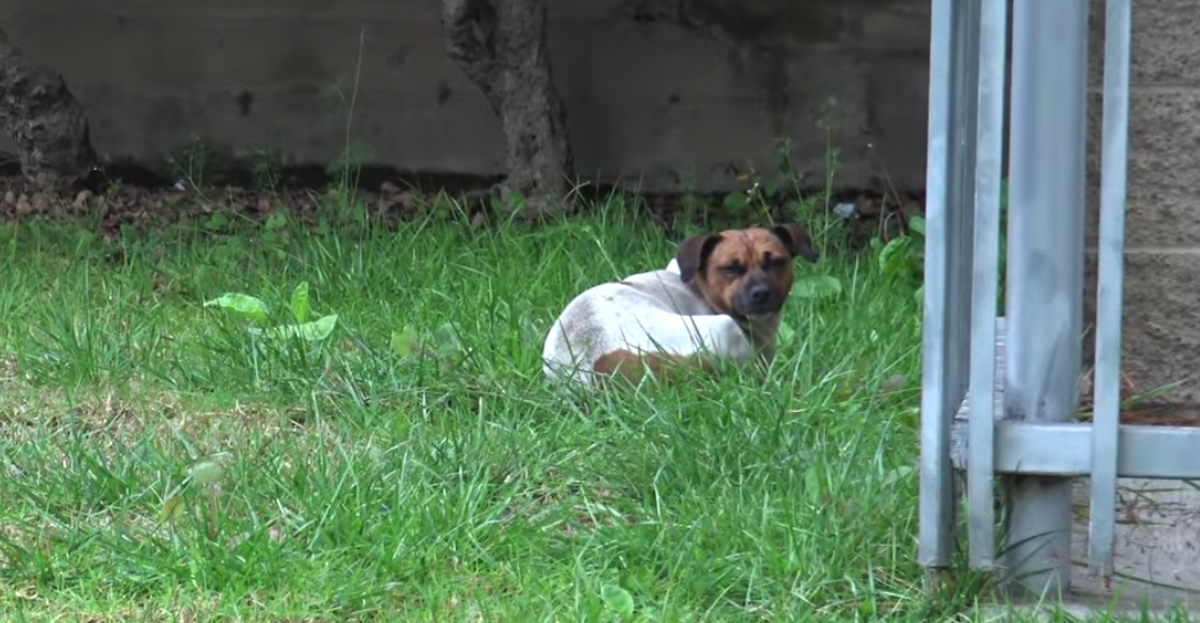 As they were setting up a border to surround the dog, he took off running. Loreta tried to run ahead and approach him with food, but that only worked for so long before he took off again. The poor thing ended up running 30 blocks before they could catch up to him! 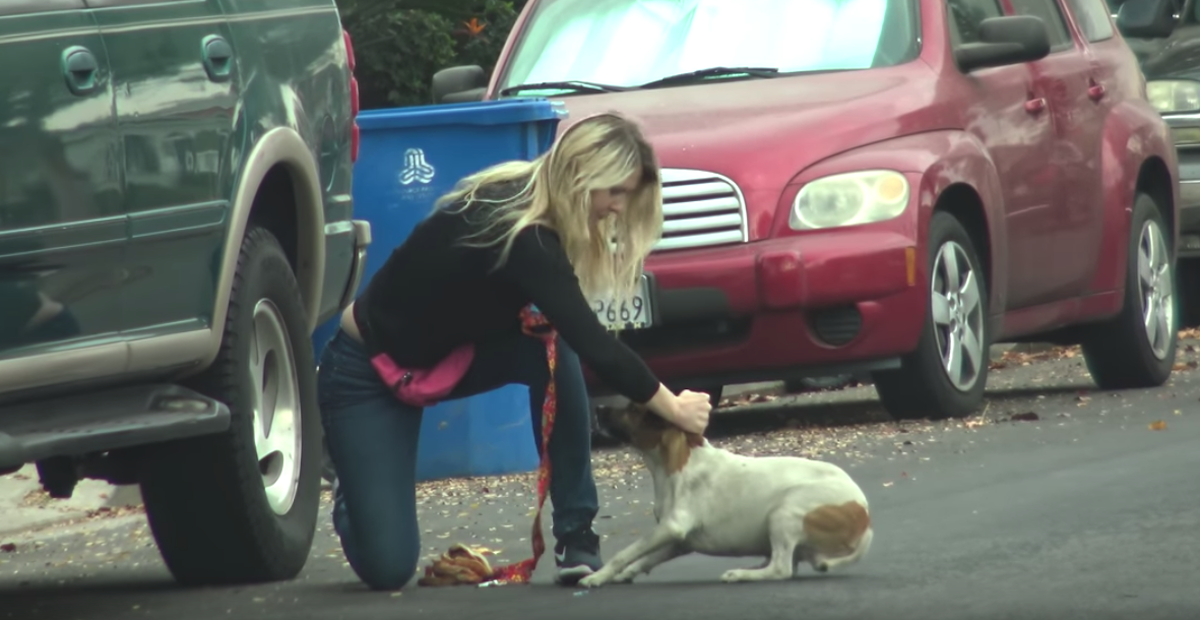 After 45 minutes of searching, they found Echo resting underneath of a vehicle. Loreta approached with food but this time took no chance that he’d get away again. She risked getting bitten by grabbing the dog by his puppy scruff just long enough to secure him with the Lucky Leash.

They took the sweet boy back to the hospital right away, but his leg would not be able to be saved. But Echo is already living a much better quality of life as he searches for his forever home. 🙂