Jason Flatt is a dog rescuer and the founder of Friends to the Forlorn Pitbull Rescue.  He’s also responsible for Louie’s rescue.  Louie was saved by Flatt from a horrific life in the fighting pits, but if you saw him today, you almost wouldn’t believe it.  He’s so happy and grateful to Flatt for saving his life, he hasn’t stopped laying on the kisses.

In fact, Louie is such a happy dog and has such an amazing disposition despite his early life, some people just refuse to believe that he is a rescue dog.  According to Flatt, this isn’t uncommon.

“That’s the misconception,” Flatt told The Dodo in an interview.  “That’s what a fighting dog looks like.  Everyone thinks these fighting dogs are these 100-pound monsters.  They’re usually between 35 and 50 pounds and they’re kept really thin and muscular.” 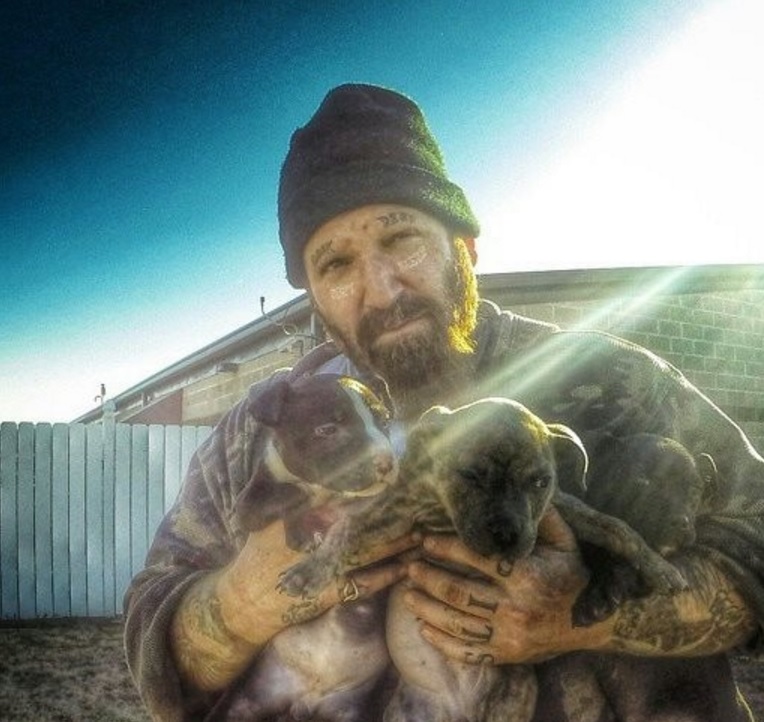 For Louie, that 35 to 50 pounds would have been heavy compared to what he looked like when rescued.  Emaciated isn’t really even a strong enough word.  Louie was in such a poor state stuck living in the Macon, Georgia fighting ring he was saved from, he was forced to eating garbage.  Flatt said he was eating bits of broken glass bottles.

Flatt was visiting the Macon-Bibb Animal Welfare Department from his home base in Dallas, Texas when he found out about Louie.  He had gone there to pick up a puppy called Lulu whom had also been recently rescued.  She was also severely underweight, being five months old and less than 10 pounds.

Someone there told Flatt about Louie as well.  He found out about the conditions of the place in Macon where Louie was rescued, and what he was doing when he was picked up.  After the property was raided by law enforcement, the person renting was evicted, and they left 12 dogs behind. 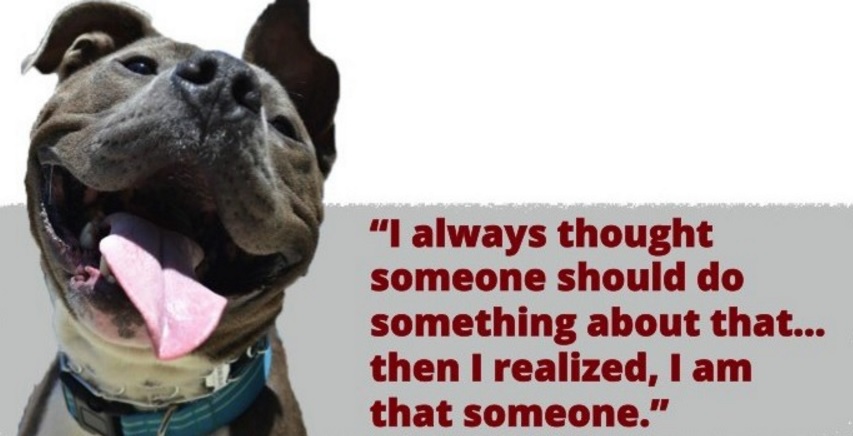 Before Flatt had left with Lulu, the dog he had come to pick up, he asked about taking Louie.  He wanted to take the hardest luck case that they had.  The dog that would have the biggest problem finding home, because of a difficult past.  He had no idea what he was in store for when he took Louie home with him.

Louie had been physically broken by the “humans” that had him before he was rescued.  However they weren’t able to break his spirit.  Louie is so happy, and so thankful to finally be given love, that he almost fools people into think that he was never a fighting dog at all. 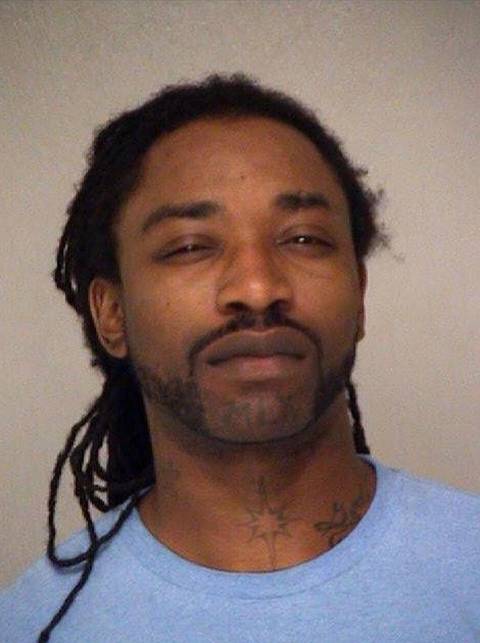 “Fighting dogs are not bred to be human aggressive,” said Flatt.  “People mistake that all the time. They’re amazing for their resiliency.  As much as they may sometimes hurt another animal, they want to please a human twice as much.”

For now, Flatt is fostering Louie.  His spirit may be strong, but he is in need of surgery.  He spent his life fighting and training, which often included him pulling a gigantic logging chain.  This blew out two of his knees which need to be fixed, and one of his front legs is badly damaged from a bite sustained in a fight.

As for the person that forced Louie into fighting, named (ironically?) Martin Luther King, he’s not only facing dog fighting charges, but also 11 individual counts of cruelty to animals.  One for each of the dogs that law enforcement knew to be in King’s possession at the time that the property was raided.

Flatt’s reaction to all of it is not all that dissimilar to our own.

Flatt and his rescue are currently in the process of getting funding together to create a dog sanctuary.  It would include a 14-acre chunk of land behind the property that he already owns in Dallas.  There would also be a 20,000-square-foot facility featuring a swimming pool, indoor and outdoor play areas and both medical and grooming stations as well.

As Flatt would say it, “I’m trying to build the country’s first hardcore pit bull shelter.  Dogs can stay there as long as they need to.  If they can’t be adopted out, they’ll stay there for life, and if they can get adopted out, as soon as one leaves, we’ll get another one.  That’s my plan, man.”

If you’d like to know more about how you can help Friends of the Forlorn and the all-volunteer crew that works with Flatt, or to make a donation to his amazing organization, click here.