Stray dogs usually have no names, no homes, no love. The dog in the picture below had no name, but he had scars that showed his life hadn’t been an easy one. One of his legs was badly bent, probably from being hit by a car. But just last week, things took a turn for the better! He became a hero! 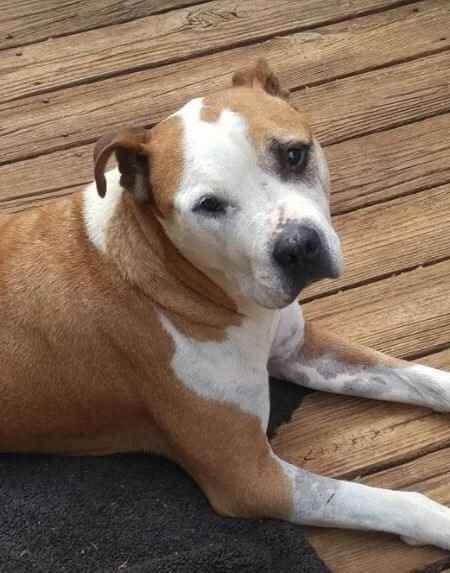 While he was roaming the streets of Baldwin, Georgia, the dog happened across a man and a woman who were arguing.

The man pulled out a knife and the dog just leaped up between them! He got stabbed five times but probably saved a stranger’s life. 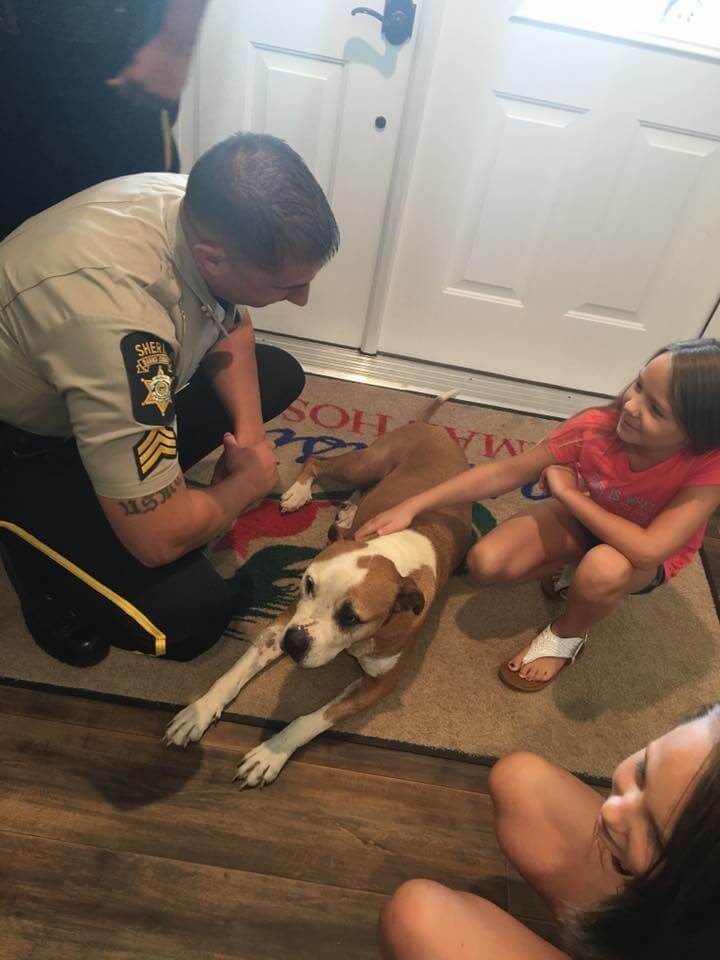 Officer Daniel Seeley and Sgt. Timothy Clay arrived on scene and found the dog bleeding on the street. The dog was in very poor shape, but they knew they could just leave him there to die. A veterinarian was willing to reopen her clinic to try and help save the dogs.

Carla Welch, from Fighting for the Bullys, said the dog had lost so much blood by the time he got to the clinic that his gums were white. It was touch and go, but eventually, the dog was stabilized and given a name, Hero.