Steve Moore rescued a three-year-old Golden Retriever from the shelter and did something no one thought possible; he trained Jackson to be able to sit and wait patiently outside of stores while he does some shopping! And this is all from a dog who no one even wanted just four weeks earlier. 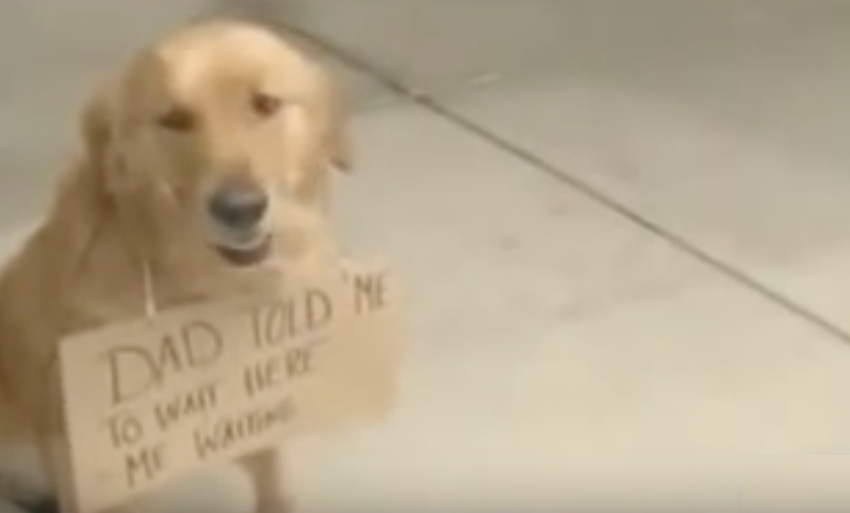 Steve is not a professional dog trainer, but his work with Jackson has produced amazing results in a short amount of time. His trick is to do the training in high traffic locations so the dog can learn to ignore distractions while Steve hides just out of sight and keeps an eye on him. Like he said, he wouldn’t leave Jackson outside of a store if he knew the dog would run into traffic.

The dog garners plenty of attention as he waits patiently with his sign around his neck.

“Everybody wants to take him home. I just find that amazing because four weeks ago, nobody wanted him,” Steve said. But it all worked out in the end–Jackson definitely ended up in the right hands. 🙂