This is one of the most amazing rescues that we have ever borne witness to and it serves as evidence that there are still great people in the world, people who will put their own safety and well being to help others. When the dog in this clip’s life was in jeopardy, the man who stepped in to help did so willingly, even though the dog was not his. 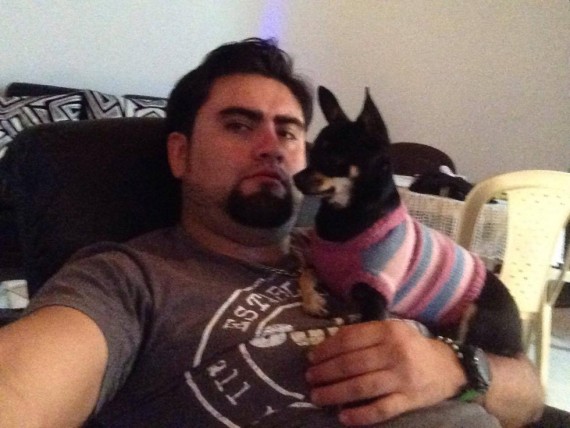 How many people do you know that would have the presence of mind to save a dog, a dog that does not even belong to them? Fortunately for the pup in this clip, Jimenez is a dog owner himself and a person who could not bear to watch an animal suffer.

The neighbor’s dog had gotten itself into quite the predicament and while the beginning of this clip may seem scary, it does come with a happy ending. The animal slipped through the rails and was dangling several stories above the ground. Some of us would simply let the animal fall, while others would be too paralyzed with fear to do anything.

The actions that Jimenez took were commendable, especially considering that he had nothing to gain and everything to lose. Just listen to the sounds of everyone below, as they scream in terror. They even laid mattresses down on the ground to provide a cushion for Jimenez if he fell, but luckily, the situation never came to that.

We can only wish for the level of courage that Jimenez possesses. This is a man who is clearly unselfish and we hope that his neighbor provides Jimenez with some sort of compensation for his heroics. Buying this man a beer is the absolute least that he can do. Without the help of Jimenez, there is a very good chance that this story comes with a much less happy ending.

There is one person who is less than pleased with Jimenez’s amazing rescue, though: his mother. As you might imagine, Mom was not thrilled with Jimenez’s high wire rescue art and probably could have done without it altogether. But as we all know, mothers simply want what is best for us and they are always well meaning.