As seen in a recent TikTok video, it’s not only humans who are afraid of Darth Vader, but dogs are too!

One dog owner shared an adorable clip to TikTok that showed a golden retriever named Ellie’s reaction to seeing Darth Vader for the first time. It quickly becomes clear that Ellie isn’t guard dog material, but she is relatable!

In the video shared by @rustymetalcreation, you can see Ellie cozied up on the couch watching Star Wars. It seems to be going well and she’s clearly into the movie. 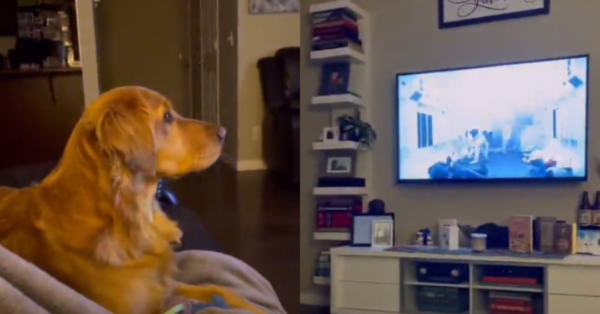 However, you can see her start to stiffen alert as soon as the black outline of Darth Vader appears on the screen. Stormtroopers scramble to the sides of the ship as the iconic villain struts into the space with his black cape and heavy breathing.

Upon seeing him, Ellie immediately hops up and lets out an unsure growl before darting behind the couch. At first, she goes completely behind the couch, but eventually, she peeks her nose around the edge of the sofa. 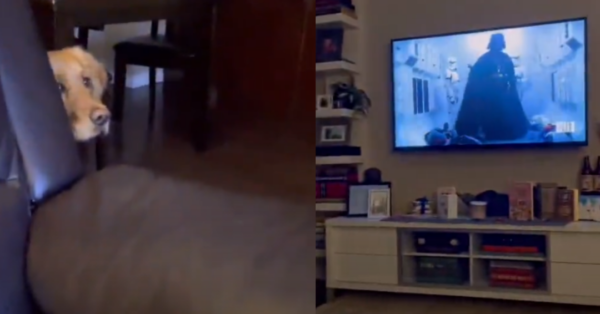 Eventually, she inches the rest of her head so she can continue to watch the movie, but from a safer distance.

Watch the hilarious clip below:

The video received millions of views and hundreds of thousands of likes. Once it was shared on Twitter, it even caught the attention of none other than Mark Hamill, the actor who played Luke Skywalker.

Hamill retweeted the clip, saying, “Smart dog. I only wish I’d thought of hiding behind the couch when I first met him.” 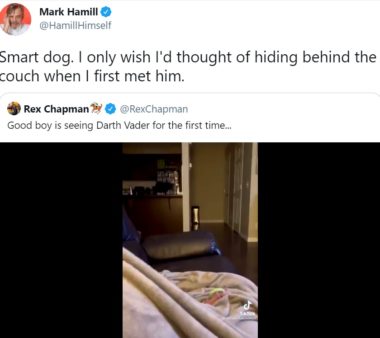 Apparently, Ellie isn’t the only golden retriever whose terrified of Darth Vader, either.

As one Twitter user explained, “My guide dog in training puppy failed out of guide dog school because someone dressed up as Darth Vader, and Tucker peed himself. Became the best damn dog on the planet for me though.” 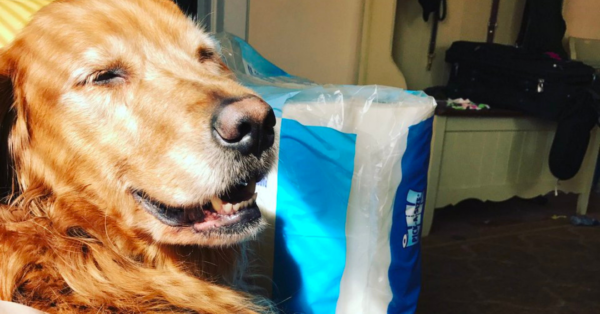 If seeing Ellie’s reaction to Darth Vader has made you want to re-watch the iconic movies, you can find them on DisneyPlus.

What do you think of Ellie and her reaction to Darth Vader? Did you want to hide behind the couch the first time you saw him? Let us know!