We hear a fair number of stories about dogs that are saved in the nick of time who go one to be wonderful family pets, therapy and even service dogs. But this story is definitely one in a thousand, maybe even a million. Roo Yori and his wife Clara have been involved in rescue ever since they adopted their first two dogs. They knew they couldn’t adopt them all, but they could help be volunteering in shelters throughout the country. 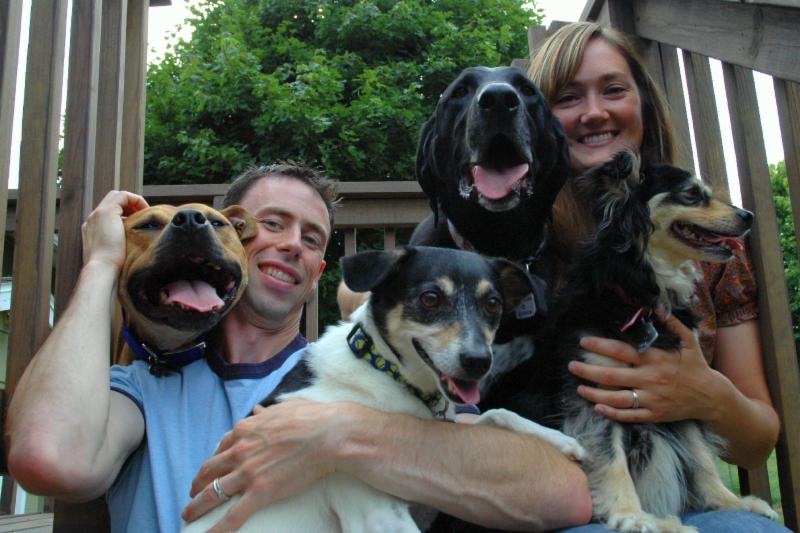 Wallace, was a high-energy Pit Bull with behavior issues. 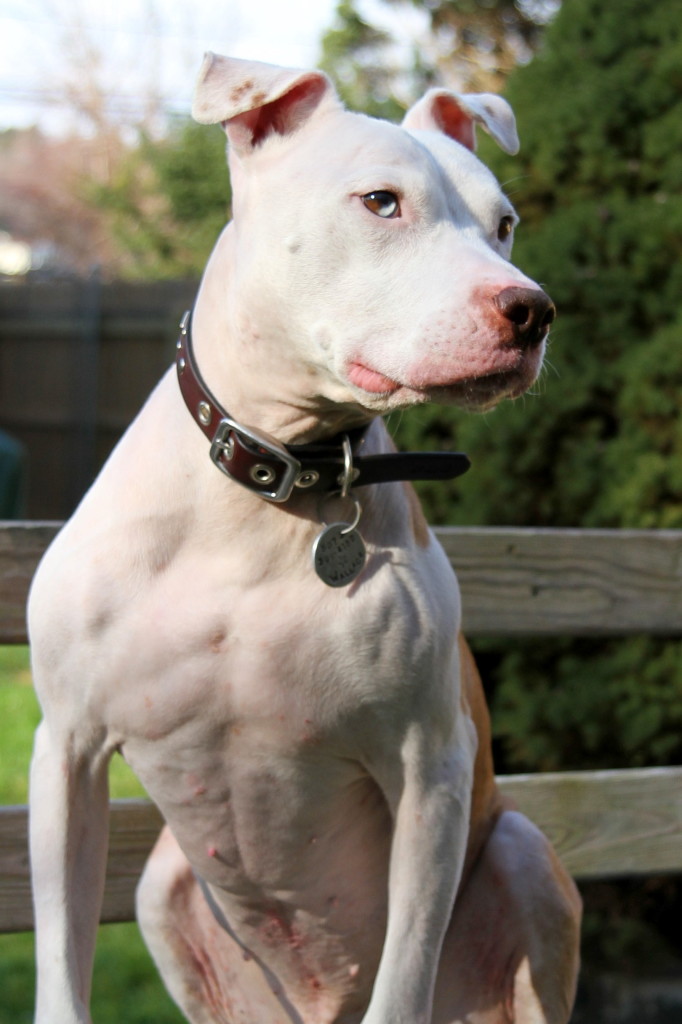 “He loved people, but wasn’t really fond of other dogs,” Roo told iHeartDogs. “The stressful kennel environment didn’t provide him with an environment where he could be successful.  Without an outlet for his energy and being surrounded by a lot of different dogs, it caused him to deteriorate and display some behavior issues.  This was back in 2005 when the perception surrounding pit bulls was much worse, so he was seen as a liability.”

In short, Wallace was on the euthanasia list. At least, he was until Roo and Clara came along. Their choice to do something about a situation they did not see as fair, changed all of their lives forever:

We didn’t feel it was right that other dogs that acted similarly but looked differently were considered adoptable, while Wallace and other dogs that looked like him were seen as a liability. To give Wallace a better chance, we fostered him in hopes we could help him succeed and find him his forever home.  We fostered him for 6 months, but there were no takers.  In that time I started playing Frisbee with Wallace after discovering there were organizations that hosted events around the activity.  Wallace and I trained for the competitions and created a strong bond as a result.  It became more and more apparent that Wallace was in fact home in our house.

A Disc Dog Was Born

Wallace thrived on disc dog activities. Roo had answered an ad in their work’s classifieds about starting a disc dog club and Wallace was a natural.

“He was so easy to train, and I think there was more of a learning curve for me to learn the sport than there was for Wallace,” Roo said. “Clara checked out a book from our local library on how to throw a Frisbee to help me learn so that I could keep up with Wallace.”

Wallace was clearly home and they started competing in Disc Dog competitions, quickly raising to the top in a sport that is usually dominated by herding breeds (Border Collies, Cattle Dogs, Australian Shepherds, etc.) 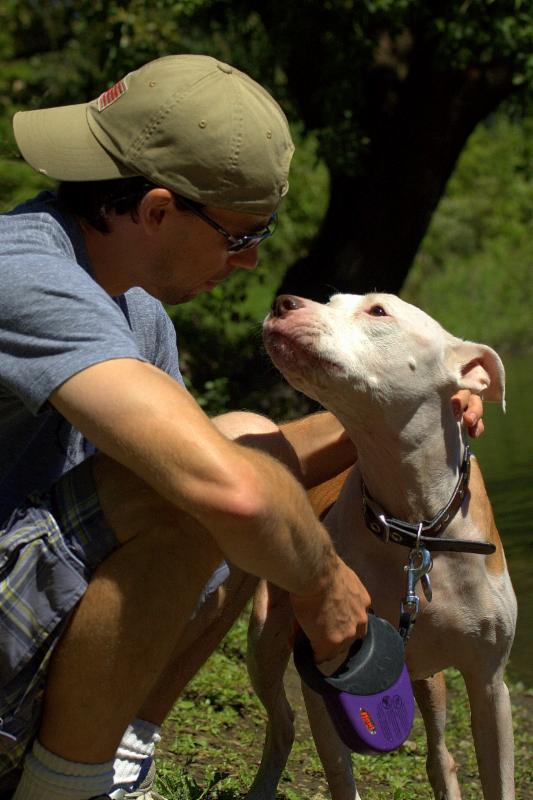 “They enjoyed seeing other breeds take the field, but didn’t necessarily expect us to do so well,” Roo said.  “When Wallace and I started challenging other teams for the top spots at the competitions, it threw a lot of people for a loop.  At first it was kind of a novelty thing to watch the pit bull play disc, but we quickly became a team to watch because we were really good, too.”

Some of Wallace’s accomplishments include:

Watch the below video of Wallace and Roo competeing at the 2007 Skyhoundz World Finals – Individual Freestyle Round 2.

At his passing, Wallace left behind almost 700,000 Facebook Fans from around the world, the Wallace The Pit Bull Foundation and a book, WALLACE, from NY Times Best-Selling author Jim Gorant. 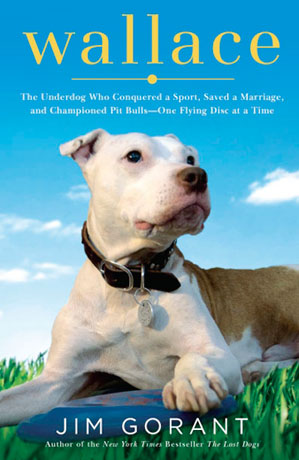 Their other dog, Hector who has also passed on, was one of the fighting dogs save from Michael Vick. Hector was hero as well, having passed the AKC Canine Good Citizen test twice (once in foster and once with Roo) and was a Certified Therapy Dog. 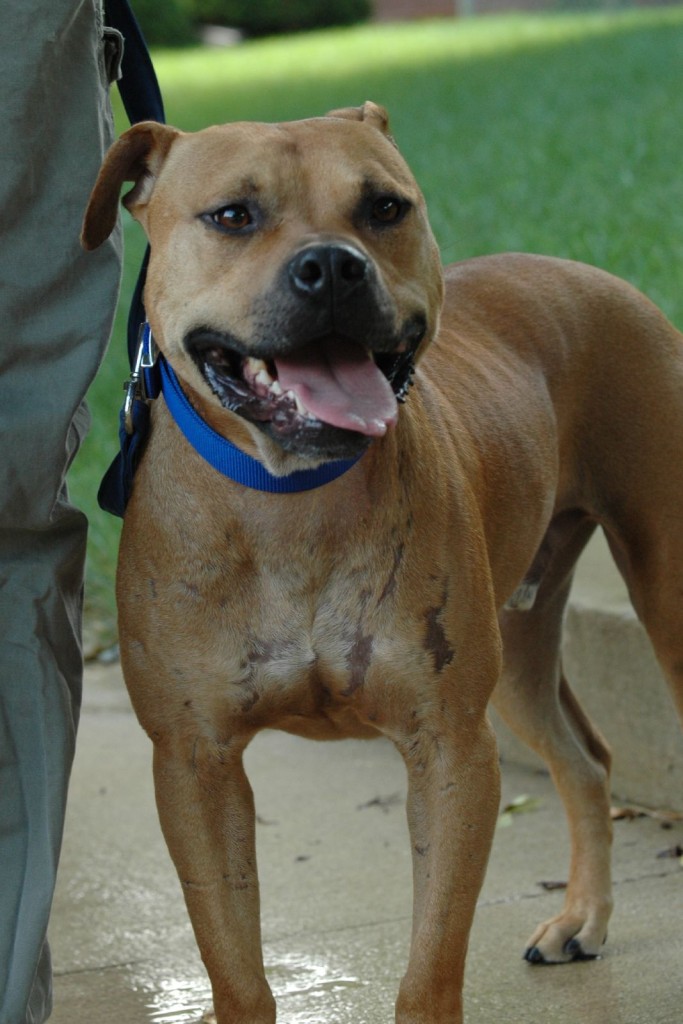 “Wallace and Hector are proof that you can’t necessarily judge a dog by their appearance or background,” Roo said. “Their accomplishments have been seen by millions of people, and have shown a huge positive spotlight on pit bulls as a result.  People began to realize that dogs are individuals and should be treated as such.”

Roo and Clara will be continuing their work through the Wallace the Pit bull Foundation. Wallace the Pit Bull Foundation provides help and resources to local Minnesota based shelters in providing the best environments for homeless dogs until they find their forever homes. The foundation has helped to improve shelters by helping to create a stable environment for rehabilitating dogs that have been abused, forced to fight or were neglected all together.

“Through the Foundation, we’re able to help dogs that are still in need today live better lives,” Roo said.  “We’ve donated to incredible programs across the country, and have fostered dogs that came from abusive situations such as the one Hector came from.  We’re looking forward to continuing these efforts thanks to the support from people who were positively affected by Wallace’s and Hector’s stories.  The more support we receive, the more dogs we are able to help.”

If you would like to help, you can purchase one of the limited “pawtographed” copies of WALLACE where 100 percent of the proceeds benefits the foundation. These are hard cover copies that are hand stamped with a stamp created from Wallace’s actual paw print on the day he passed away.  The other is to honor Hector with a $7 donation, $1 for each good year he lived after being rescued.  Both of these options can been seen on the main page of their website.